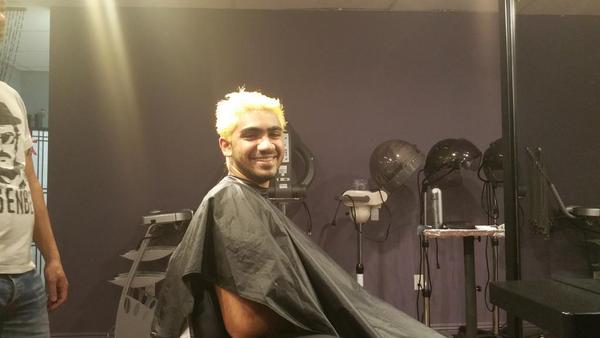 One of the most interesting aspects of competitive LoL is the risk and reward of resource allocation. Teams usually try to focus their resources onto one or two players who serve as the team’s carries – the players who receive the most resources but are also expected to output the most damage. Great players reward their team’s faith, while overrated players squander their team’s resources and fail to carry. Historically, the top lane has rarely shone as a team’s primary carry role, but the often overlooked position has seen a renaissance over the last few months, with more and more teams relying on their top laners to contribute damage.

To determine the top lane carries of the North American LCS, we will take a look at the following statistics.

The first two statistics allow us to compare the performance of carry players in a head-to-head sense. By looking at gold consumption and damage output, we can gain insight into which players are best using their team’s resources. On the other hand, the second pair of statistics allow us to remove some of the inherent winning-bias in teams and compare players to their own teams. The final two statistics, KDA and [email protected], provide valuable contexts about team playstyles. Top lane deaths and CS deficits in the laning phase are usually due to team-wide decisions.

It’s important to note that while gold distribution is partially a team-wide decision, a player’s own performance also has a large contribution to gold share. Although lane swaps mean that team shotcalling has a much bigger impact on the top lane’s early-game performance than it does for other roles, strong laning fundamentals and good back timings can still have a huge impact on performance. Similarly, top laners can contribute to teams without dealing large amounts of damage. For instance, Maokai and Lulu have seen a lot of popularity as defensive picks.

This article will combine the statistical analysis with “eye-test” observations to try and account for these discrepancies.

The player who immediately jumps out as a major contributor is Gravity’s Hauntzer. His fantastic play has been overshadowed by his team’s acquisition of Altec, but these statistics make Hauntzer look like one of the premier top laners in the North American LCS. Even though he plays on a team with a poor understanding of lane swaps and exits the laning phase with a slight CS-deficit at 10 minutes, Hauntzer leads all top laners in Gold%, Gold Per Minute, and Damage% and clocks in 2nd for Damage Per Minute. Had Hauntzer not missed his Teleport Rumble ultimate due to an un-remakeable bug, he may have swept the damage charts.

In comparison, the only player to top Hauntzer in Damage Per Minute, ZionSpartan, exits the laning phase a whopping 11 CS over his opponents, a testament to his team’s mastery of the early-game. Although Zion is first place for Damage Per Minute among all top laners, he is ahead of only Balls in terms of Damage%, mostly because both Pobelter and Doublelift are in the top 10 of damage dealt, the only such teammate pairing outside of FeniX and Piglet. The most impressive aspect of Zion’s gameplay has been that although he is outputting the numbers of a carry top laner, the majority of his games have been on the relatively supportive Gnar and Maokai.

The next group of players we see in the damage statistics are the remaining “upper-class” of the North American LCS. Looking at damage dealt to champions per minute, we see a clear separation from this group and the rest of the pack. Three veteran top laners in Dyrus, Quas, and Impact find themselves in this category, along with a surprising name in Seraph. Dyrus’s presence in this group is an indicator that his team’s rediscovered focus on the top lane this season has seen something of a return to form for TSM’s longest tenured player. One player of particular note is Korean import Impact, who has managed to deal a large portion of his team’s damage share while finishing with a Gold% only slightly higher than last place. Although a step below Hauntzer and Zion, this group rightfully finds themselves respected as some of the best top laners in North America.

Seraph’s accomplishments deserve their own paragraph. He is second only to Hauntzer in Damage%, and comes in at a respectable fourth in Damage per Minute. These numbers are somewhat inflated by Seraph’s use of off-meta carry top laners such as Vladimir and Irelia, but teams will have to watch out for TDK when their full roster finally arrives. Of particular positive note is Seraph’s [email protected] differential at 10 minutes. Although his team is disorganized, Seraph has been able to accrue a small overall laning advantage through his laning skill and ingenuity. Seraph’s sub-optimal champion pool was a problem when he played on CLG, but the Korean import has taken a strong step forwards in other areas in spite of his team’s lack of success.

One name noticeably missing from the top of the damage charts has been Dignitas top laner Gamsu. Although Gamsu receives a high share of his team Gold and boasts a strong KDA, his damage dealt to champions is one of the poorest in the league. These results seem surprising for a player who has found himself in the discussion for “Best Top NA”, but this anomaly can be explained by Dignitas’s reliance on Gamsu for split pushing and roaming. Gamsu rarely finds himself in lane with an opponent, and when he does enter a teamfight, it’s usually to clean-out low health squishies. Examples of Gamsu’s importance to his team in spite of damage could be seen in his team’s matches against TiP and Team Liquid, performances which rightfully won Gamsu the Weekly MVP Award.

Although CaliTrlolz and Flaresz built up reputations as carry top laners in the NA Challenger scene, they have been unable to execute their prefered playstyle in the LCS. One obvious issue is their teams’ poor use of lane swaps, which have seen both players fall around 5-6 CS behind their lane opponents at ten minutes. However, this poor early game performance cannot just be attributed to bad team play, as both players have had a hand in their own failings. After a strong performance last split which nearly saw a playoff berth for upstarts Team8, Cali has failed to carry his team to strong results this season. Of particular worry is his inability to succeed on either carry or supportive champions. During this season, Cali has played 6 different champions this split (Gnar, Rumble, Hecarim, Fizz, Irelia, and Maokai) but hasn’t shown good performances on any of them. Flaresz suffers from a different issue. Although he has shown some good performances in lane, even beating Dyrus in TSM’s first match-up against NME, his inconsistency and poor TP usage has kept him from making the contributions his team needs to succeed.

The player who finds himself dead last in every statistical category except for KDA is Balls, Cloud9’s former titan of the top lane. Cloud9 has tried to give Balls a chance to carry games, and has alternated giving him the supportive Maokai with picking him carry champions such as Fizz, Ryze, and Rumble. Unfortunately, Cloud9’s efforts have been ineffective. One statistical which immediately jumps out in defense of Balls is his awful 8.6 CS deficit at 10 minutes, a clear indication that Cloud9 has fallen by hard times after the loss of genius shotcaller Hai and his expert understanding of the lane swap. However, it’s important to note that his decline began long before this split. A quick look at Ball’s damage statistics for the last split only puts him ahead of much-maligned Winterfox top laner Avalon. It’s also hard not to pin the blame for many of Ball’s failings on himself. His poor decision making against CLG made him an easy target for their early game dives, and his play in the late game hasn’t been much better. To make matters worse, his extremely poor Teleport usage has led to comically ineffectual teamfight performances. Both the eye-test and a statistical look make Balls look like the major player in Cloud9’s recent decline from top of the standings to bottom of the barrel.

A look at damage statistics shows that many of North America’s most respected top laners fall exactly where we would expect them to. Gravity’s Hauntzer looks like one of the region’s hidden gems, and a big part of his team’s success this season. Team Dragon Knights top laner Seraph may not have a win, but he has demonstrated his strength on damage-dealing top lane champions. While Dignitas top laner Gamsu has dealt a surprisingly low amount of damage, his roam and split-push heavy game may account for his seemingly pacifistic nature. Unfortunately, the same cannot be said for Cloud9 top laner Balls. Although Balls is suffering from team turmoil, he is looking like the worst top in his region.

NOTE: In most stats on Oracle’s Elixir, values are calculated for individual games, then averaged across games. The numbers that are usually used on broadcasts use totals rather than averages, which can make minor differences to some values. Oracle’s Elixir prefers averages because they reduce the impact of game length. Bear this in mind when comparing between Oracle’s Elixir and stats you find elsewhere.