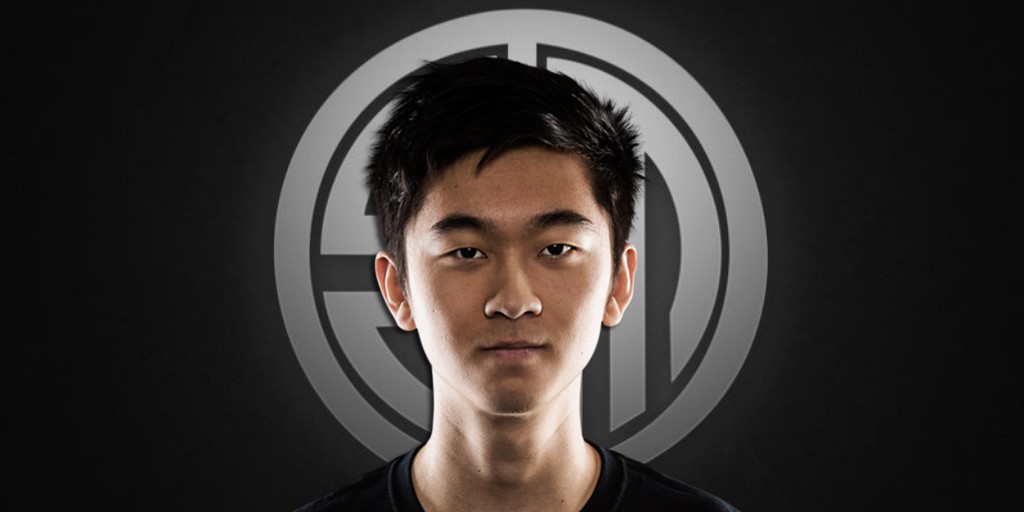 Team SoloMid (TSM) either pulled off the best business of the split when they added Vincent “Biofrost” Wang or were incredibly lucky to get, who has been, their most consistent and one of the most enjoyable players to watch at this current time of writing. Who else could have seen this player performing at a level that not even Bora “Yellowstar” Kim could achieve during his time as TSM’s support? However, this has already been discussed heavily in the community, with the majority agreeing that Biofrost is just a better fit for the team then Yellowstar was.

With a KDA (Kills/Deaths/Assists Ratio) of 9.8, Biofrost sits on the highest KDA out of anyone else in the North American League Championship Series (LCS). He has also taken part in more kills than Yellowstar did when he was on the team (75% to 73%), has assisted his team nearly twice as much as Yellowstar did and has died nearly half as many times as his former counterpart in nearly the same amount of games played.

You cannot sing this guy’s praises enough; he has been a consistent player during TSM’s rise this split from a Spring Split during which, you could argue, showed inconsistencies in the major players of the team. We have to realize that when Yellowstar was on the team, it was a completely new team with absolutely no experience or chemistry with each other. Biofrost came in when the team already played together for a split and gained a lot of synergies to become the team that was expected of them when they got together. Sure, Biofrost is good, but it is important to this context.

The synergy between Biofrost and TSM’s Marksmen/ADC Yiliang “Doublelift” Peng has also been accredited towards TSM’s rise. Both players use quite an aggressive style of play during their laning phase, something Yellowstar never really caught on with during his time with the team. Biofrost has become, in essence, TSM’s version of Zaqueri “Aphromoo” Black of Counter Logic Gaming.

In short, this player has gone past all of ours and the league’s expectations. He has not only filled the shoes left by Yellowstar, but he has surpassed them. A few people played him down when he joined the team, but it is nice to see such a big reward from TSM’s risk. In my personal opinion, he has made the NA LCS far more enjoyable to watch this split.