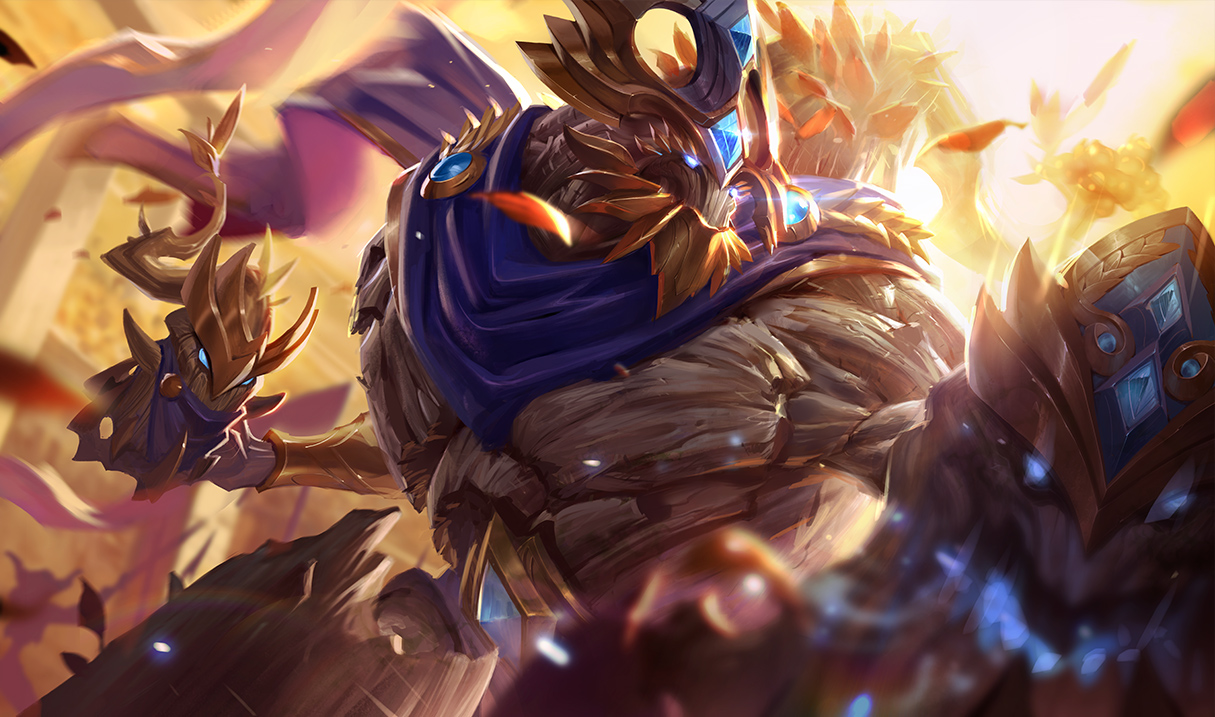 Maokai is getting a rework as part of the big mid-season tank update, Riot confirmed in a post on the League forums.

This will come as good news to many. The haunted tree really needs a makeover. As a champion, Maokai has been at the top of the tier lists for a long time. Part of this is because tanks are in an extremely good state at the moment, and with Maokai tapped as one of the strongest tanks in the game it makes sense that he would rise to popularity. Not only is he a strong tank, but frankly, he’s just plain over-powered.

In fact, his OP factor is one of the big reasons he needs an update, and it’s one of the issues that Riot plans to fix. His kit of abilities doesn’t offer anything unique that makes him stand out among the other tanks in certain situations, he’s just flat-out better than them in almost every area. In fact, in pro play he’s one of the most consistently banned top lane picks, and if he isn’t banned, he gets played. He’s too strong, and pro players know it.

What makes him so strong, though? Well one thing he has over the other tanks in the game is his ultimate. This grants him across-the-board damage reduction on all incoming damage for its duration, and since it drains mana to stay active, it can last for a very long time. It also has a short cooldown compared to other damage reduction abilities, like Alistar’s ultimate.

Most tanks become less useful when the opposing attack-damage carry champion builds an item out of the Last Whisper, which boosts their armor penetration. But not Maokai. The big tree just flips on his ultimate and charges in anyway, because it lowers all incoming damage, including that which ignores his armor. You’d think that because he gets so tanky he doesn’t deal as much damage—but you’d be wrong. He deals more damage than most tanks in the game, and has one of the highest natural attack damage (AD) stats out of any other champion. Riot plans to knock him down a few pegs with this update.

For how strong he is, Maokai’s actually fairly boring to play. Like most tanks in his class, he has an initiate, a bit of crowd-control, and a big important ultimate. Unlike most tanks, however, his ultimate doesn’t have any flash to it. He doesn’t throw a giant frozen bolo at the enemy and freeze them all like Sejuani, he doesn’t dash in and knock them all into the air at once like Malphite, and he doesn’t bounce like a beach ball through the enemy team wreaking havoc like Zac. Nope, Maokai just turns on his ult to initiate the damage reduction and runs at the enemy. When he runs out of mana or turns the ultimate off, it deals damage to anything near him based on how much damage he absorbed while it was on. That’s it. No big, game changing crowd-control, no flashy animation and sound. Nothing.

Not only is his ultimate boring, but the rest of his kit is boring as well. Nothing feels cool. One of the most important aspects of the update is to bring a little pizazz to the grumpy old tree, and he definitely needs it.

Due to this incessantly boring kit, he’s also ridiculously simple to play. Turn on ult, dash in, Q, stand near enemies, turn off ult. That’s about as complicated as Maokai gets, and Riot aims to bring a bit of challenge to the champion to make him feel more rewarding to learn and play.

Identity crisis is a real issue, even to haunted trees

Maokai might be powerful, but along with his boring simplicity, he also lacks anything that could make him unique to play. Sejuani, Malphite, and Zac at least have their ultimates to feel important, but Maokai has nothing. It’s a shame too, because the idea of a tree plagued by the haunting spirits of the Shadow Isles and brought back to life to roam the land sounds pretty badass. Unfortunately though, you wouldn’t be able to tell that by playing him (apart from the fact that he visually looks like a walking tree).

The mid-season patch that contains both Maokai and Sejuani’s updates will likely be either patch 7.9 or 7.10, according to a forum post by Riot. Since we just entered patch 7.4, it will probably be awhile before we see Maokai’s makeover, but we’d rather see his update done correctly than see it rushed.