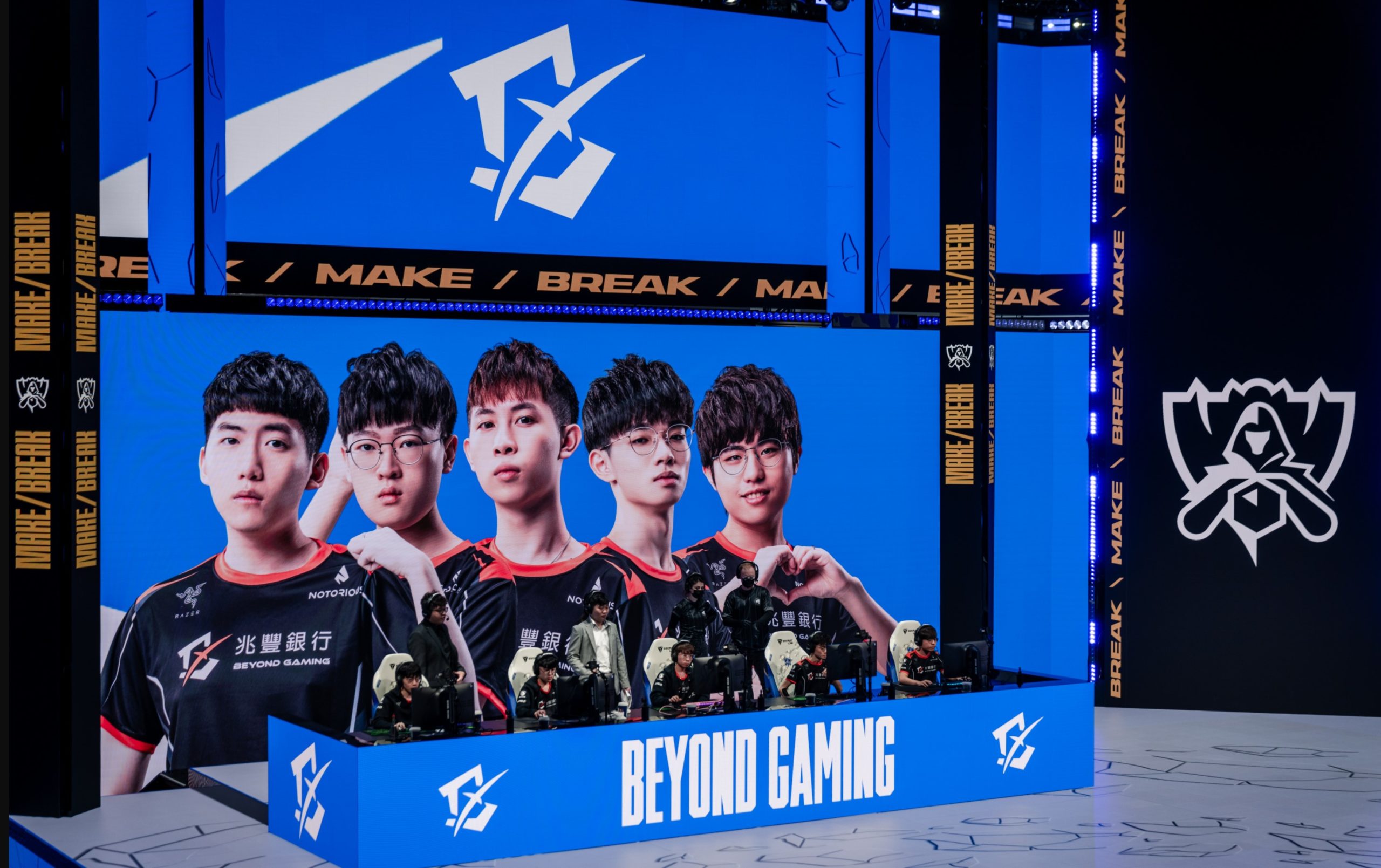 The first of many best-of-five series at this year’s League of Legends World Championship was nearly a clean sweep—until it wasn’t. After Galatasaray Esports of the TCL earned victories in the first two games of a tight series against Beyond Gaming today, the PCS representative turned on the heat to cap off Worlds 2021’s first best-of-five with an emphatic reverse sweep.

In all five games of today’s series, Beyond Gaming held a gold lead at the 15-minute mark. But it wasn’t until the back half of the showdown that the team improved its mid-game strategy, executing crippling plays that put the series in the bag. The first two games of today’s match played host to improbable comebacks by Galatasaray, forcing Beyond’s collective back against the wall.

Beyond Gaming ADC Doggo made it a point to throw the team on his shoulders once the series started to look out of reach, though, and the 18-year-old breakout star played the hero to keep his team in the tournament. Across the final three games of today’s series, Doggo posted a combined scoreline of 24/4/23, playing a highly-contested Miss Fortune in all three of Beyond’s wins.

As a result of their victory, Beyond Gaming will advance to the final qualification round of the Worlds play-in stage, where a best-of-five series with Hanwha Life Esports, the fourth seed out of Korea’s LCK, awaits the team. The winner of that match will advance directly to the Worlds group stage, whereas the loser will go home empty-handed.

Related: 2 teams, 2 tournaments, 1 season: How Beyond Gaming’s Doggo globetrotted his way into Worlds 2021

As for Galatasaray, they’re the third overall squad to be eliminated from this year’s World Championship. Infinity Esports of the LLA and Unicorns of Love of the CIS were the first teams to be knocked out of Worlds yesterday.

For the fourth straight year, the TCL won’t be present in the Worlds group stage. The last TCL team to reach the tournament’s main event was 1907 Fenerbahçe in 2017.

Beyond Gaming will return to the Worlds stage tomorrow, Oct. 9, at 6am CT.