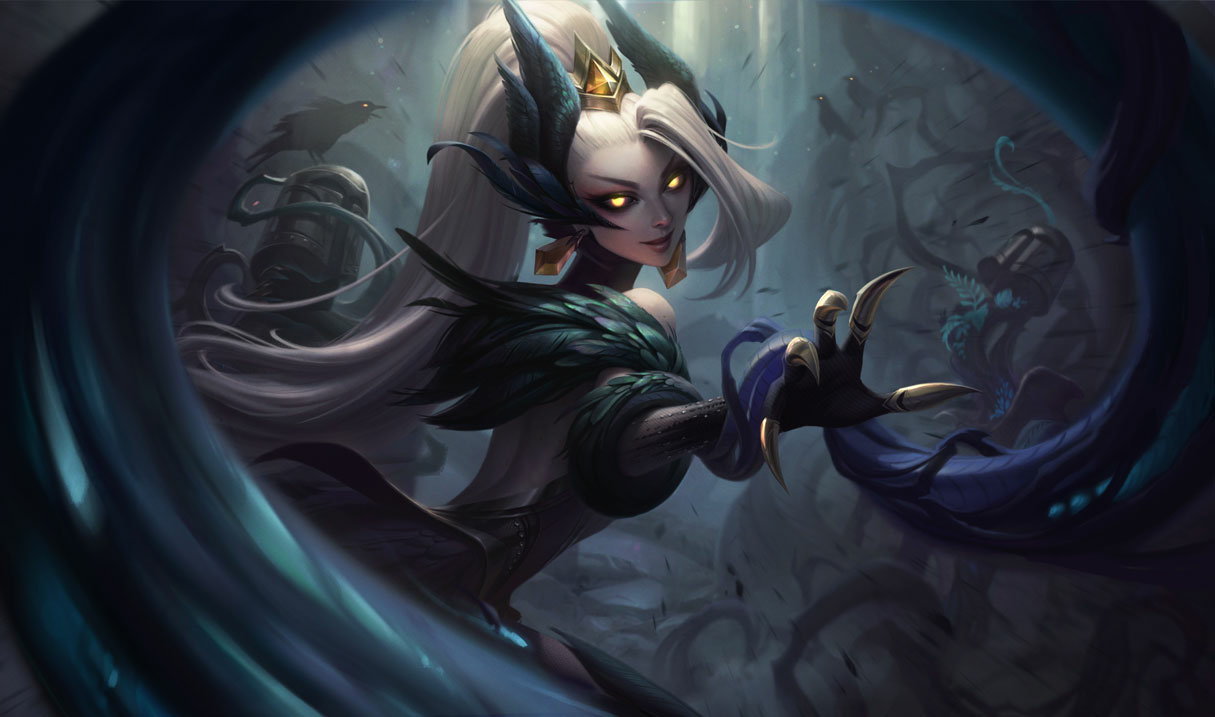 Zyra is one of the most oppressive champions at the support position in League of Legends. With strong throughput right from the jump of each game, Zyra can make for a terrifying source of damage in the bottom lane when combined with a poke-heavy, long-range AD carry.

Beyond her notably strong early game, Zyra transitions well into the late game by constantly providing damage to any team composition, in addition to her respectable crowd control in any teamfight. Zyra is not built like a typical support. Instead, she focuses on accruing damage items and acting as a secondary source of Ability Power for her team.

From runes, possible build paths, and champion counter picks, here’s everything you need to know about playing Zyra in League of Legends.

Arcane Comet: Arcane Comet is going to be the best DPS rune at your disposal at every stage of a game. It’s most easily procced by your plants, but can be used with any of your abilities for extra burst, whether it be in lane or in a teamfight.

Manaflow Band: When spamming abilities to make the most of your seeds, Zyra’s mana costs can tend to ramp up quickly. Manaflow Band serves as a reliable source of extra mana, especially once the rune is fully stacked.

Transcendence: Transcendence assists Zyra in getting all of her abilities out at a rapid pace. With multiple seeds on the ground, being able to oppress enemy champions with a barrage of spellcasts—specifically during the laning phase—turns Zyra into an impressive threat in terms of sustained poking capabilities.

Scorch: The extra burn damage attached to Scorch will make your Deadly Spines (Q) and Grasping Roots (E) hit even harder, especially in the early game.

Taste of Blood: Zyra doesn’t have any innate sustain abilities, so extra healing power from your runes is always going to be appreciated.

Ultimate Hunter: Stranglethorns (R) is an incredibly powerful tool in regards to both its ability to engage and disengage from a teamfight. Having it at a reduced cooldown is incredibly valuable.

Spellthief’s Edge is the go-to gold-generating item for Ability Power-focused support champions. With the opportunity to earn stacks of Tribute each time you strike an enemy champion with an ability or attack from one of your plants, you’ll be able to have a fully-stacked gold item relatively early on in the game.

Zyra isn’t built like a typical support champion, and as a result, Liandry’s Anguish is going to be your Mythic item of choice at the center of your damage-focused build. Each of Zyra’s abilities—especially her Thorn Spitters and Vine Lashers—benefit greatly from the passive effects of this item.

Zyra has no mobility abilities or safety nets to help her when she gets dove on by the enemy team. In order to stick around a teamfight and ensure you maximize your uptime, make sure to pick up Zhonya’s relatively early.

The most “supportive” thing you can do as an AP caster is apply Grievous Wounds to enemy champions, opening up opportunities for your teammates to deal more damage. With that in mind, Morellonomicon feels like a no-brainer for Zyra, especially since her plants can help to rip through enemy champions passively.

Whenever you have a bit of extra gold laying around upon a Recall, make sure to pick up Sorcerer’s Shoes in order to increase your Magic Penetration, and by proxy, your overall damage.

Zyra’s plants will apply the passive from this item, Rimefrost, giving you an extra bit of soft crowd control during late-game skirmishes.

Extra burn damage from Zyra’s abilities and plants’ attacks will be applied via Demonic Embrace. Try to round out your build with this item in most scenarios to maximize your damage over time.

The extra Ability Power granted by Shadowflame is immense, but it’s the extra Magic Penetration that the item gives that really makes a difference in Zyra’s build. If you notice that the enemy team is stacking Magic Resistance, you’ll want to grab Shadowflame in the later stages of the game to counter their defenses.

The movement speed bonus granted by Cosmic Drive by stringing three different abilities together is relatively easy to take advantage of during a teamfight. If you need more movement speed to outrun champions who can stick onto Zyra, Cosmic Drive could be a potential option.

Similarly to Shadowflame, Void Staff is an excellent source of Magic Penetration. If you need to get past enemy players’ Magic Resistance, Void Staff should be a priority.

Zyra isn’t particularly mobile, so champions that can jump on her early in a teamfight and prevent her from setting up her garden of damage-dealing plants are going to be most ideal against her. In lane, engage-heavy supports such as Leona, Thresh, and Nautilus can seriously give Zyra a hard time. In the late game, those same champions can kick off a teamfight by catching Zyra out of position and locking her down before she has the chance to set up opportunities for her damage.