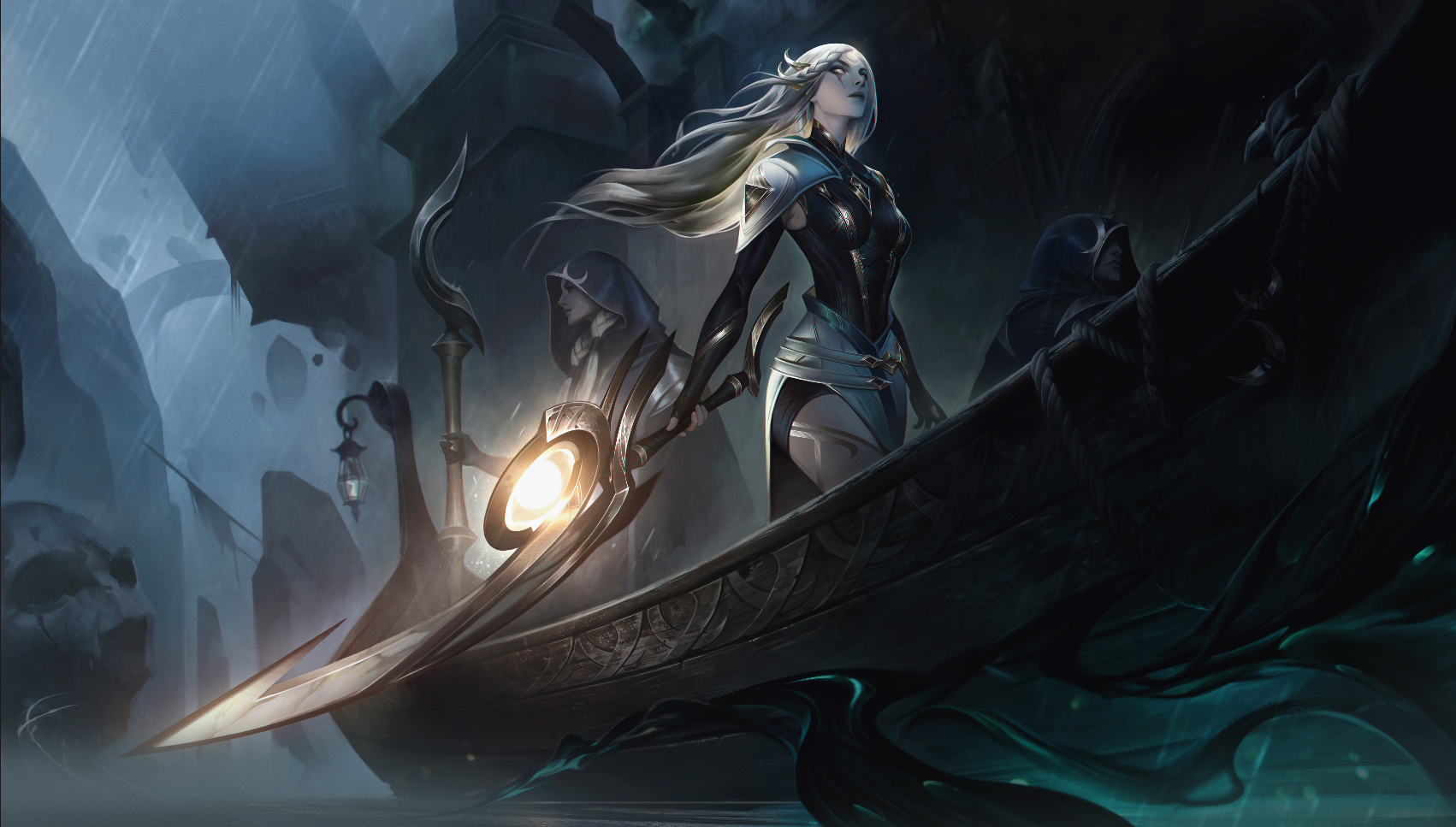 Riot Games’ newest event Sentinels of Light is already underway, and League of Legends fans are right in the thick of it when it comes to the in-client narrative experience. The point system, however, has already been criticized as too “grindy” for some players, since people need a significant amount of games played to unlock specific story and token thresholds.

Whether its champion kills, assists, vision score, or epic monster kills, people are trying to find ways to rack up points quickly so they can get to the exciting story behind the event, as well as the sweet Sentinels tokens hidden behind each region’s tiers.

Here are some of the best ways to get points in the Sentinels of Light event.

Vision score points are linked to Gwen, who requires 15/23/32 vision score to get corresponding rewards of 3/6/8 points. Early on, these eight points are important to get on top of the points you get with the kills, assists, and other objectives, and they’re so easy to get.

Just constantly use your Stealth Ward, Farsight Alteration, and Control Wards to boost your score, while also using Zombie Ward to spawn in your own vision when clearing enemy wards in the brushes. Not only will this get you easy points, but it’ll also help your team in the long run. Better vision usually equals better setups for more kills, assists, objective control, and wins, which ultimately means more points for you.

ARAMs are usually meant for players who don’t want to commit a lot of time or effort into a few games of League with their friends. They’re meant to be fast, furious, and generally bloody enough to rack up a good amount of kills in a short amount of time.

Because of this, players can easily hit double digit milestones for kills and assists in their games. There are also six structures to destroy in ARAM, with four turrets, an inhibitor, and the Nexus available. In just over an hour, players could hit three to four matches. Unless the team composition is drastically one-sided, you can count on collecting plenty of points for that next tier in the region.

In a similar vein, League‘s new game mode Ultimate Spellbook is just as fast-paced and bloody due to players getting a free ultimate ability to replace one of their summoner spells. A match can snowball quickly, which means a player can rack up plenty of kills and assists on the way to a win, while also taking objectives, structures, and warding along the way.

Use Ruined or Sentinel skins

If you were one of the many people to purchase a Ruined or Sentinel skin, you will also get two points if you play a matchmade game with the cosmetic. Unfortunately for players, this bonus will only work with the new skins introduced into the game for this event.

Patience will bring you double the points

If you aren’t able to grind out as many games as you’d like through the first week of the event, don’t worry. Riot’s event producer 84slashes says that after the first week, progression through the event should be quicker due to the points doubling every week and each new Sentinel bringing another source of points.

During the first week of play, meeting Lucian’s objective for one kill nets you one event point. On week two, however, one kill will net you two points, and on week three, a kill will get you three points. All the other champions’ objectives scale up in a similar manner the longer the event has gone on, which should make it easier to climb.

If you want to experience the entire Sentinels of Light story line, you’ll have until Tuesday, Aug. 10 to gain points, earn tokens, and help the forces of light drive away Viego and the Black Mist.