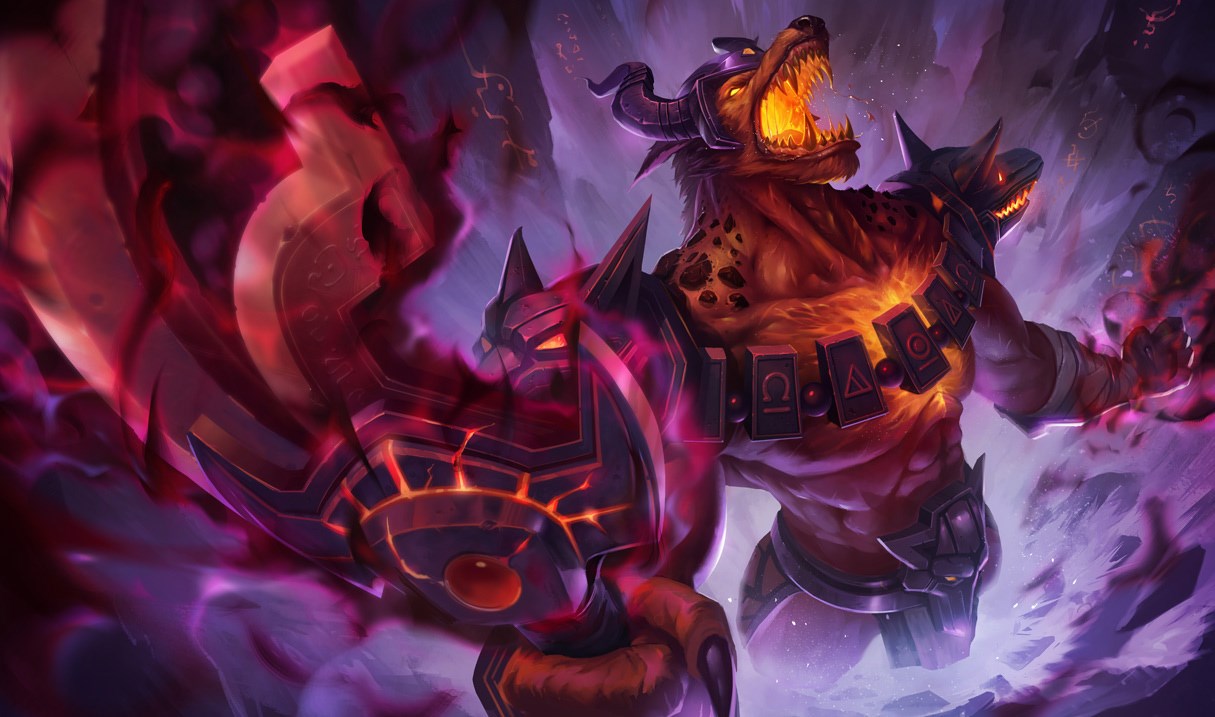 One of the first champions introduced to League of Legends, Nasus is one of the most dominant top lane champions in the game. His scaling makes him become an absolute powerhouse later in the game, the perfect tank champion to carry the team to victory in ranked games. If Nasus gets too strong its usually game over for the other team.

As with any champion, different items are going to work for Nasus’s kit more than others and these items vary again given the situation he finds himself in. While this is the case, there are core items that are necessary to facilitate success with the top lane juggernaut.

Grasp of the Undying: Given Nasus’ nature of being very tanky and relying on his Q ability to build stacks to add bonus damage, Grasp of the Undying is a must-have rune. This will grant Nasus bonus damage on an attack every four seconds equal to four percent of his max health. It will also heal back two percent of his max health with every basic attack after four seconds.

Demolish: This rune will charge up an attack that deals extra damage to nearby towers. This partnered with the damage on Nasus’ Q that gets greater as he gathers stacks will be able to take down towers in very quick fashion.

Conditioning: This Rune is going to grant Nasus additional armor and magic resist after 12 minutes in-game. This is going to give Nasus a nice little power spike going into the mid-game.

Overgrowth: Gaining health is going to be the main way Nasus gets more powerful. Overgrowth is going to see Nasus gain extra health as enemy minions or monsters die nearby. As Nasus you are going to want to spend a lot of time in lane farming with your Q ability and due to this rune, you should be able to remain in lane longer and grow the health bar at the same time.

Biscuit Delivery: Due to Nasus’ lane-heavy early game you are going to want to maximize the amount of minion farm you can acquire and doing so will not have the opportunity to return to base very often. This rune is going to supply Nasus with health items he can consume to heal and remain in lane for a longer duration.

Having as much health as possible is going to benefit Nasus. Doran’s Shield is going to provide an early start to building up his health pool and going to scale some of the benefits to his abilities that come from having extra health.

Entering lane with this extra health is also going to make Nasus more durable and enable him to farm minions with less care of taking poke damage, while also having enough health to engage his opponent if necessary.

This item is going to increase the time Nasus can spend in the lane. While a lot of Nasus’s health and damage is scaled through killing enemy minions, he is going to end up spending quite some time in lane. Having health pots to heal will make this a reasonably safe process and allow Nasus to do what he needs and build up those stacks.

Trinity Force is the single most important item to Nasus’ build. It will provide the champion the power boost he needs to become a dominant force in the mid and late-game. The Spellblade unique ability is going to make your next basic attack after using an ability deal 200 percent physical damage. That combined with the ridiculously low cooldown on Nasus’s Q that damage scales with the number of stacks he has acquired makes Nasus an unstoppable force. Once players have acquired this item, the rest of the build should be made easier to acquire.

Another item that is going to increase Nasus’s health, Spirit Visage is another core item for Nasus. The extra 450 health partnered with the 100 percent increase in base healing and extra 10 percent cooldown reduction compliments the champions kit perfectly. The item’s passive also increases healing effects on Nasus by 30 percent allowing him even more sustain in longer team fights.

If Nasus has one downside to his kit, it is the lack of mobility. Outside his slow, Nasus really has no ways to close the distance and take out opponents. Righteous Glory provides the champion with that much-needed mobility as its active ability grants Nasus and nearby teammates extra movement speed while slowing enemies around them. On top of that, this item is going to bring many of the same benefits that Spirit Visage brings including health and cooldown reduction.

Having the right boots for Nasus is not so important since his kit suits well with most options available. It really comes down to the matchup he finds himself in, however, Mercury Treads work extremely well. This is due to their unique passive that will reduce the effects of slows and stuns by 30 percent. This comes in extremely handy as Nasus attempts to pursue fleeing enemies.

Thornmail is going to compliment the above-mentioned items on Nasus nicely, providing both armor and health as well as an ability that will make taking Nasus down an impossible task. Players who attack Nasus with physical damage will take reflected damage of their own as well as being inflicted by Grievous Wounds for three seconds. The attackers will also be hit with a 15-percent decrease in attack speed for one second after hitting Nasus. Dueling Nasus with a Thornmail as a basic attack champion is going to be an extremely difficult task.

This item is going to grant Nasus 400 extra health and 70 extra armor. On top of this, the item’s ability will slow the attacker’s attack speed by 15 percent for one second once they hit Nasus with a basic attack. The active ability on the item will also slow enemies nearby making it much easier for Nasus to get close and engage.