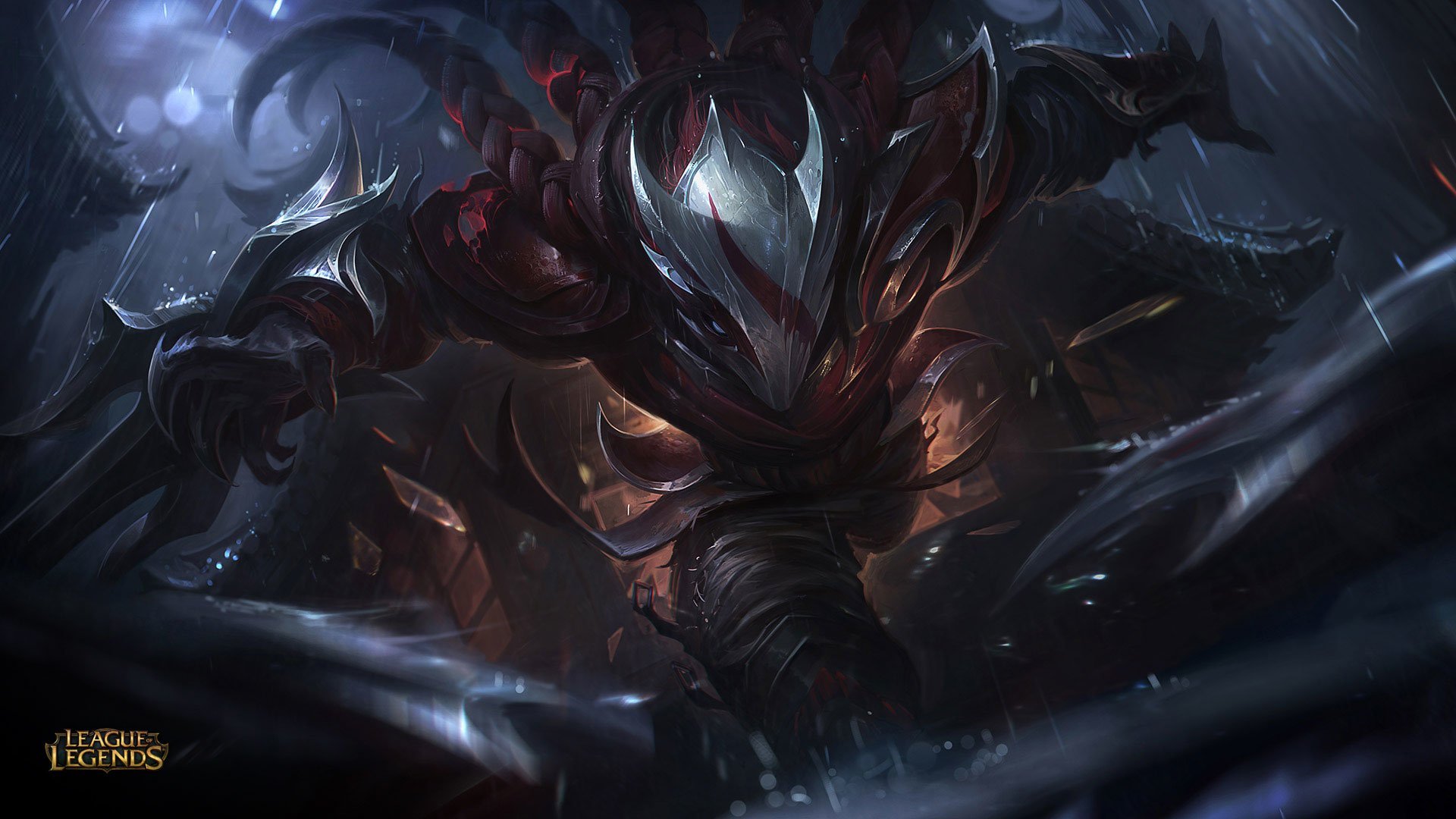 Some champions in League of Legends are just flat-out stronger than others.

Mid lane is one of the game’s easiest roles to carry with, mostly because you have easy access to any other part of the map. Oh, and a lot of damage. Great mid laners are those that can effectively roam to other lanes while keeping good pressure on their own mid lane opponent. Champions that can do that well are indispensable.

This list of top-tier champions can be affected depending on a number of things. Sometimes the meta shifts for no apparent reason other than players’ tastes, but usually there’s some kind of balance change behind the whole thing. It can be difficult to keep up on the flavor-of-the-month champs, so let us do it for you.

Here are our top five mid laners for League’s Patch 10.6.

If you enjoyed the previous iteration of Diana, you’re going to love the current reworked version as well. While some players argue that the previous version was more enjoyable, it was mostly due to her being an assassin.

Riot has shifted some power into other areas of her kit, allowing her to excel in the laning phase before level six. The current version is healthier for the game and is more enjoyable to play during the early levels.

Conqueror is a must-have rune since it gives a lot of ability power alongside healing once fully stacked, which is easy for Diana to do with a simple combo. Tenacity is great against teams with a lot of CC. Otherwise, Alacrity is a good choice as well. Coup de Grace gives you the extra damage needed to finish enemies with your combo.

Diana’s skill priority is the following: R(Moonfall)>Q(Crescent Strike)>W(Pale Cascade)>E(Lunar Rush). Her ultimate is self-explanatory, Q is the bread and butter ability allowing you to farm, while W max second will give you a bit of extra AoE damage in team fights and more survivability. The E max is last since the extra damage/cooldown reduced on it isn’t as impactful as other abilities.

Farm early with your Q. If your enemy walks too close, try to land a Q and follow up with an E to punish them. Your goal should be to safely farm until you get Nashor’s Tooth, after which you become much stronger. With Nashor’s Tooth in your inventory, you can start roaming and pushing for objectives. Try to engage from unexpected angles to catch their backline off guard. Invest in a Zhonya’s Hourglass to buy yourself extra time after you engage on enemies.

Zoe is one of the strongest mid laners in the current meta. Her damage is unrivaled and she’s extremely valuable during siege situations. Her combo can delete squishy champs or force them to back, giving you enough time to push for an objective. Her ability to pick up used summoner spells is unrivaled and can turn the tides of battle if used properly. There are plenty of outplays where Zoe picks up all the flashes from the ground and combo them for an extreme amount of damage in hectic team fights.

The Domination primary tree is one of the essential rune paths for Zoe. It grants everything you need: extra burst damage with Electrocute, healing to sustain yourself via Taste of Blood and Ravenous Hunter, and additional ability power after you get kills from Eyeball Collection. The secondary tree is more flexible, with some players going for Inspiration for the improved potions and Minion Dematerializer, while others go for Manaflow Band and Transcendence for the increased mana and CDR required to spam your abilities more often from Sorcery.

Zoe’s skill priority is the following: R>Q>E>W. Q is your farm, poke, and kill pressure ability. It’s important to learn how it works to maximize the damage output. While you could just throw it from your position with no pressure, it won’t be as impactful if you walk backward a bit and then throw it into the wave or enemy champions.

Spam your Q early on minions or your opponent. Try to last hit every minion with an item and use it to gain an advantage during the laning phase. Use your bubble on cooldown and follow up with auto and Q to proc Electrocute for a lot of damage. If you pick up a Redemption, look for plays around side lanes. Keep in mind that the range is quite high and you could save your allies or finish a low health opponent.

In team fights, look for a long-range, surprise bubble by using it through walls to increase the range and then follow up with an R into Q for maximum amounts of damage. If you hit this combo on squishy opponents, they’ll most likely die or be able to get picked off by your teammates quite easily.

Kassadin is one of the best mid laners to carry with once you have items and have reached your power spike. While his weaknesses can be minimized with proper rune and item builds, he still needs time to scale to be effective. Once you reach level 16, you become completely unstoppable and your chances of losing are slim if you juggle around a teamfight properly.

This is a defensive rune build. Kassadin is flexible and can use all trees effectively. We recommend going with this since it’ll help out in most matchups and won’t need much tweaking.

The Precision primary tree is strong on Kassadin. Fleet Footwork grants a lot of needed sustain and some movement speed to avoid ganks. Presence of Mind allows you to dominate team fights, Coup de Grace grants extra damage to finish off opponents, and Legend: Alacrity allows you to do your combo faster. Resolve as a secondary tree grants some more sustain via the Second Wind health regeneration and extra health based on minions killed.

Kassadin’s skill priority is the following: R>Q(rank three)>E>Q(rank five)>W. While Q is the only ranged ability and allows you to farm single minions or poke out the enemy champion, E is your primary wave clear tool and you need to max it as soon as possible. If you’re facing a heavy AP-focused team, you can max out Q first instead. If you’re facing a heavy AD-focused team, you can max out E while keeping Q at rank one until level nine.

Kassadin scales well with items and experience. He’s weak before level six, and as a result, you need to pay attention to the trades you take. It’s fine to let minions die without last-hitting them, as long as you get the needed experience to survive the laning phase. Once you reach level six, you can switch to an aggressive playstyle and engage on enemies with your ultimate. But without your ultimate, you’re walking bait for the enemy jungler. Your main goal should be to get Rod of Ages as soon as possible, alongside Archangel’s Staff. These two items combined will make you insanely strong and hard to deal with.

Cassiopeia is the second mid laner in the top five tier list without mobility. She has a medium skill floor and a high skill cap. She’s one of the best champions to practice a lot. The more time you put into her, the better you’ll understand your limits. Her lack of boots hurts her laning phase toward the mid game but that’s compensated later on by an additional item slot.

Cassiopeia is one of the best Conqueror and Ravenous Hunter users. The keystone grants her the needed ability power early on, alongside great healing capabilities when combined with the Domination tree. The Presence of Mind will grant you the ability to spam your E to kill enemies fast in team fights, while Ravenous Hunter will keep you topped up both during the laning phase and in team fights.

Cassiopeia’s skill priority is the following: R>E>Q>W. Maxing E first will allow you to poke enemies down quickly if caught with a Q or W, while also allowing you to last hit more efficiently. Q second will let you keep up the movement speed buff longer in team fights, allowing you to compensate for the lack of boots in your inventory.

Cassiopeia needs to rush Tear of the Goddess as soon as possible. Archangel’s Staff is the core item on her. It enables her to be a terror in both pro play and solo que. With Archangel’s Staff charged, you can start forcing plays with aggressive ultimates. When the enemy goes all-in, you can pop the shield and turn around on them. Cassiopeia deals a lot of damage with her E spam on poisoned enemies, so try to poison them before you start spamming E.

Talon is one of the best attack-damage oriented mid laners in the current meta. The meta favors early skirmishes and roams from mid to help bot extend their lead, which leads to tower plates and drake control.

His E ability is extremely potent for roaming and helps him travel huge distances in the blink of an eye. Coupled with his assassin kit, which focuses on snowballing early, he fits perfectly in the current meta.

There are two viable routes for Talon right now. This is the most popular one, which seems to be more successful. Precision primary grants you access to Conqueror, which is extremely easy to stack as Talon. Once fully stacked, the damage increase coupled with the healing granted makes you a nightmare even for tanks later on in the game. Legend: Tenacity is taken alongside the Last Stand to be less vulnerable to crowd control and deal more damage if you get caught and have to turn on them.

Domination secondary grants you extra healing to help you out during the laning phase and increase your teamfight potential by being harder to kill.

Talon’s skill priority is R>Q>W>E. While W is your AoE ability and should help you CS during the laning phase against ranged champions, Q is your primary ability if you’re in melee range. Most games, you’re going to be against melee champions, so it’s advised you max it. After that, focus on the other damaging ability and level E last.

Talon is an early to mid game champion. He excels at pushing his lane once he acquires Tiamat and roaming to the top or bottom lane for kills every time his ultimate is up. You aren’t a great laner and shouldn’t focus on just laning. If you sit in a lane and farm evenly, you’ll most likely lose later on. Your goal should be to roam as much as possible and use E to its maximum potential.

With your side laners having some advantage, you can focus on getting towers, drakes, and easier kills once the towers are down and the enemies overextend.

Look for creative flanks during the mid to late game to avoid getting blown up from the beginning.