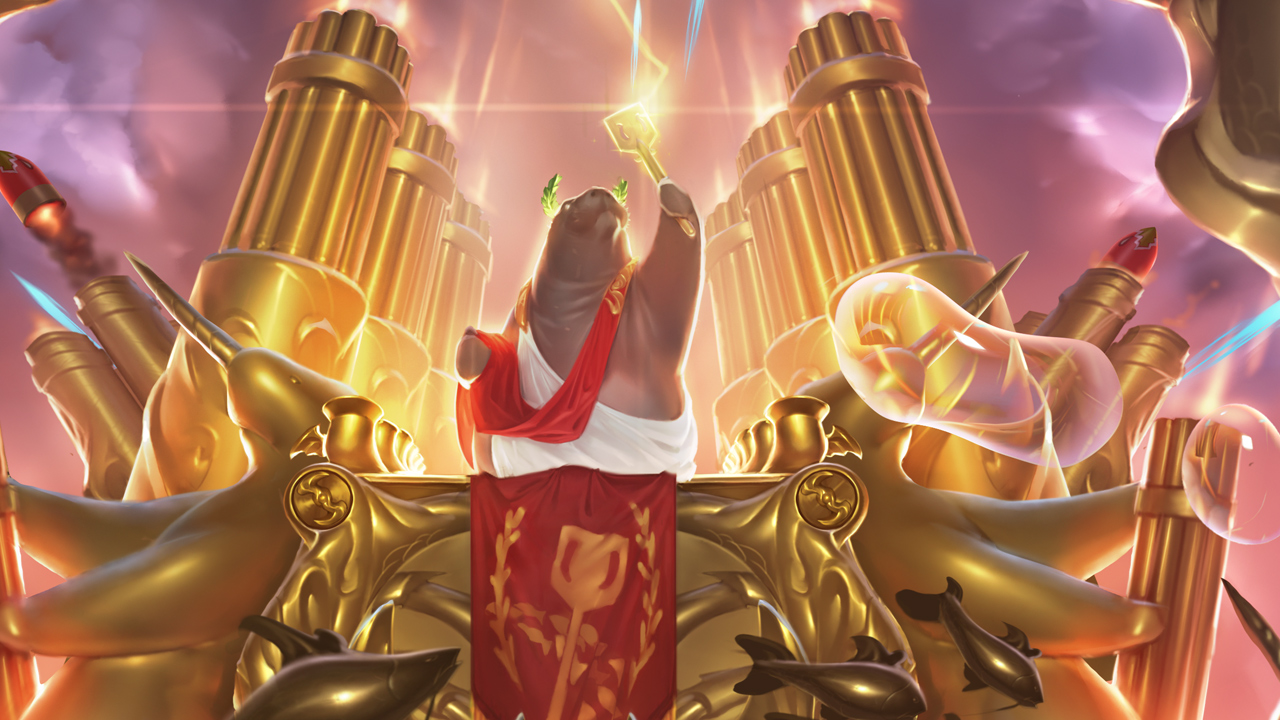 The All Random Ultra Rapid Fire mode has arrived on the League of Legends client.

Throughout May, players will be able to enjoy a more fast-paced game mode than usual, even if they’ll have to sacrifice their champion’s pick. In exchange, League enjoyers will be able to play with Mana and Energy consumption reduced by 100 percent, plus 300 ability haste, and bonus attack speed, allowing them to spam their abilities until the keyboard ‘s limit.

Since the players have a limited choice of champions from which to choose and exchange with their teammates, however, it’s crucial to know who are the must-picks champions to not let go.

While winning is important, it’s fundamental to remember that ARURF is a fun mode that players are meant to relax and experiment in, like picking Bard and building full attack speed. But for those who have the victory screen in mind, there are some champions we recommend you to pick up. Here are the best League champions to play with in ARURF.

Zed appears, deletes a squishy champion, and disappears. It’s a bit difficult to master the art of playing Zed, but once you acquire the necessary skills, there will be no one stopping him from crushing his opponents.

If Zed is too tough, Morgana is another must-pick yet easier-to-master champion. She can stun opponents endlessly with the right timing and items, and she’s an all-round champion that can be played both solo or in pair with an AD-based champion.

There are other champions that rely on AP abilities that are great in ARURF, such as Anivia and Shaco.

Once you reach level six, the Anivia’s ultimate will be endless and that combined with the long-ranged stun will make her difficult to approach. On the other hand, Shaco will have to draw his opponents to himself–or maybe just to the illusion of himself. Enemies will have to stay on alert when playing against Shaco in this League game mode, as he’s able to disappear in a second, only leaving a Jack-in-the-Box behind.

In ARURF, AP-based champions are generally good, because in normal mode their weakness relies on the high mana cost and cooldowns of their abilities. Those issues are avoided in  the temporary game mode, thus making a lot of mages very powerful.

A good example of this is Veigar. With infinite mana and cooldown reduced, the Tiny Master of Evil will farm his passive’s stacks from the first minutes of the game without having to worry about the cost of his Q ability. Similarly, Yuumi is a must-pick champion in ARURF. Her abilities’ high cooldowns are significantly reduced, transforming her into an infinite buff provider for her teammate of choice.

Beside these few champions, there are many more we believe are a must-try in ARURF.

Every champion in League has a unique set of skills that the developers will keep balanced by either increasing the mana cost, the cooldown, or the damage of the ability. ARURF gives the players the occasion to try out their favorite or new champions without those restraints, and while some picks will be stronger than others, that shouldn’t limit the experimentation of summoners on the temporary game mode.