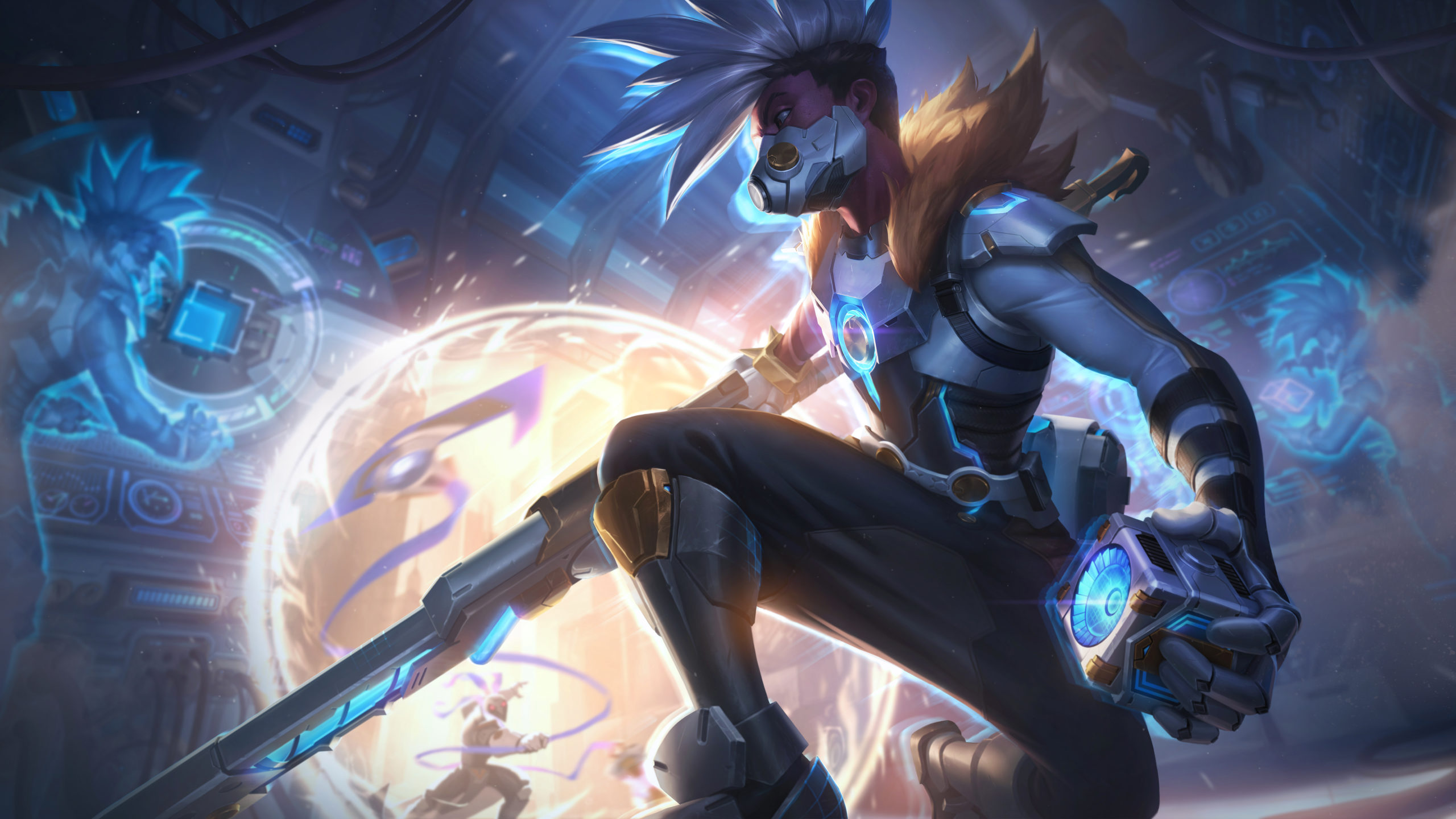 Ekko relies on getting inside teamfights, assassinating core targets, and ulting out in League of Legends. His area-of-effect crowd-control allows him to decide what is the flow of the fight by either slowing enemies down or stunning them inside his Parallel Convergence.

One of the best things about playing Ekko is that your build path is flexible. You benefit from either tanky or AP-oriented items, allowing you to decide what sort of role you’d want to play in the game based on the game position.

As with all League champions, specific items are going to be more effective depending on matchups and the circumstances in any given match. But there are certain items that are most effective for Ekko regardless of the situation. These core items are going to give you the best chances of success with the Boy who Shattered Time.

Electrocute: This is one of the best keystones to take on Ekko. It increases your burst potential and ensures you get additional poke potential during the laning phase. It’s easy to activate with a simple combo of E, Q, and auto.

Sudden Impact: Sudden Impact is a great rune, giving you magic and armor penetration when you use your dash or ultimate. It can make your trades deadly early on when enemies don’t have any magic resist. If you feel like you’d need sustain, feel free to go for Taste of Blood instead.

Ravenous Hunter: As one of the most powerful healing runes in the game, Ravenous Hunter allows you to heal back up based on damage dealt from spells. While in the early game the impact might not be that high compared to other runes, once the match gets to the later points of the game, you’ll heal back up due to the damage you’ll be dealing with. This rune combined with your ultimate makes you unkillable.

Minion Dematerializer: As a melee champion, you’ll get bullied a lot in the laning phase so having this rune is core to get those early cannons. Good players will zone you out so having this rune as a safety net is great to ensure you get the early gold and experience from each cannon minion.

Time Warp Tonic: This rune combined with your Corrupting Potion will make your laning phase easy. You will be able to scale without issues into the mid-game to your core items.

This potion is the best early-game sustain item. Even without any stats, this item can influence the laning phase significantly. For only 500 gold it gives you back 375 health, 225 mana, and has a damage-over-time effect that quickly adds up.

The item without any enhancements is gold efficient. But you’ll have Time Warp Tonic from the Inspiration tree, which increases the effectiveness of this item. You’ll be getting back much more health and a nice movement speed buff, which can help you out throughout the entire game. Other starting items don’t even come close to this one.

Sorcerer’s Shoes are a straightforward choice for boots with magic penetration to increase your damage potential. The item can be rushed if you want the additional movement speed alongside additional magic penetration, which combined with Sudden Impact can make you ignore most of the magic resist from the enemy.

Hextech Protobelt-01 is one of the cheapest and most impactful AP items on a couple of champions, Ekko included. This item has a great build path and grants you great stats, however, the mini dash is the cherry on top. It activates your Sudden Impact rune, allowing you to one-shot squishy carries.

Lich Bane grants you all the stats you need, including ability power, cooldown reduction, movement speed, and a great passive effect which makes your next auto-attack hit like a truck. The effect scales with ability power, making this item extremely gold efficient. While rushing it first might not feel impactful, getting it as a second item is a great choice.

Zhonya’s is a great item, especially against attack damage-focused teams or champions who rely on combos to kill you.

Seeker’s Armguard, a Zhonya’s component, is one of the most gold-efficient items. If you rush it early on, you can sit on it for 20 minutes without issues since the stats it gives are impressive for the gold cost.

In teamfights, Zhonya’s Hourglass allows you to deceive opponents. You can force them to use all of their spells and engage tools on you, then use Zhonya’s to give your team some crucial seconds to unleash devastation while you’re untargetable. Once you come out of the stasis, you can use your R to deal a lot of damage to enemies if they’re clumped on top of you.

There’s no better item for mages than Rabadon’s Deathcap, which amplifies all your power. Although some players might rush it if they’re winning the lane, it’s quite a suboptimal path. It’s best to rush it if you already have other core AP items. If you have an Ornn on your team who can upgrade it, then make this item a priority. You will get even more ability power from Rabadon’s Deathcrown, the upgraded Ornn version.

If you’re facing a heavy ability power-focused composition or a composition that has too much crowd control, then Mercury’s Treads is a must. It gives you much-needed early magic resist and reduces duration from any crowd control landed on you. In some cases, you can rush the boots if you’re facing champions who rely on CC to kill you, like Syndra or Zoe, which are very popular picks right now.

In some rare cases against heavy AD compositions, you can get this item early on to reduce the damage done by them. While not a requirement, it can make your life easier. In most situations, getting an early Seeker’s Armguard is superior since it grants you some ability power as well.

The forbidden book is a requirement against healing-based champions. It’s heavily gold inefficient, but if the enemy team is outhealing your damage, then you need to prioritize this item. While it isn’t as as powerful as other items, you need to purchase it if your team fails to pick up their own healing-reduction items.

Remember to get the Dark Seal component as soon as possible though to ensure that you have some stacks when you upgrade to Mejai’s. Dark Seal will also directly increase the sustain you receive from Corrupting Potion, making it a very valuable purchase.

What was once a rush item became an optional item against crowd control. Use Banshee’s Veil against heavy pick compositions that rely on getting an engage to dismantle you. By having a spell shield to protect you from that Nocturne Paranoia or Ashe Arrow, you can increase your chances of winning such games.

But be wary not to waste the spellshield before a teamfight begins since it needs quite a bit of time to recharge. If you waste it, then ask your team to wait a couple of seconds before engaging to ensure success or victory.

One of the most overlooked items is Spellbinder, which is easily stackable and can increase your burst damage output. If you need raw ability power against enemies who don’t stack magic resist, then getting this item is much more efficient than purchasing a Void Staff. You can burst down entire teams with your Q and R if you have enough ability power.

This is a great item if you’re facing champions who can lock you down and ruin your day. It’s cheaper than Banshee’s Veil and can be activated at will to cleanse crowd control, making it much more flexible. It can be purchased against champions who lock you down, such as Malzahar, Leona, or Nautilus to ensure that you get to roam freely in fights.