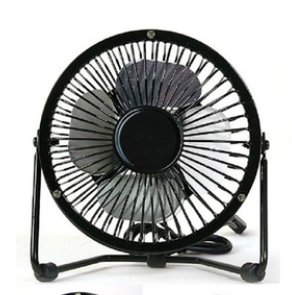 Being a Fan is Fine

A lot of talk in recent days on this website, on Reddit, and on Youtube, has been on the identity of both casual and professionals involved in the eSports scene as “fans” of a particular team or player.  The discussion around “fandom” by some journalists in particular has taken a decidedly negative tone. The gist of the negativity seems to revolve around the idea that all fans are blind devotees, and in effect, make excuses for the team or the player they are emotionally invested in.  This blind devotion takes the form of shouting down other people who may have negative (or even neutral) opinions about their team or player, or making excuses for poor play on the part of their chosen team or player, even when the factual evidence of these poor results is quite plain to see to the unbiased eye.  The logical conclusion of this train of thought is that the unbiased analyst or true lover of a game must therefore never be a fan, because to become a fan of a player or team is to cloud the purity of their analysis, and to blind them to truths and facts about the objects of their analysis that would otherwise be evident to a more impartial eye.

I would argue that this is not at all true, because the definition of the word “fan” can mean different things in different contexts.  There are many different facets of players or teams that one can choose to be a fan of.  One does not need to necessarily throw all of one’s eggs into the blind devotee basket, to be simply emotionally invested in a player or a team.  One can choose to simply like an organization, and to respect the way they operate their business, brand themselves, and treat their players.  Many people are fans of the organization Cloud 9, because they have a very successful brand and a slick manner of presenting it that is aesthetically appealing. One can choose to like simply the manner in which a player plays the game, a great example would be JW from Fnatic’s CS:GO squad.  He plays a loose and aggressive AWPing style that has him bhopping into the enemy spawn and taking the head of a surprised opponent, and then disappearing before the enemy team has time to react.

It’s also possible to like how a collection of players works together and to witness amazing synergy, like the Samsung Blue squad that won Champions Spring 2014 and came in second in the Summer split in the Korean League of Legends circuit, the most competitive league in the world.  This team was unbeatable if the game got to a certain point, because their teamfighting was so far above and beyond the other teams in their region that they could win out from this excellent source of strength.  They played the game in a manner that was predictable, but predictably beautiful all the same.  Similarly, the Moscow 5 squad that dominated Europe and the world during Season 2 played the game in a way that literally defined how other teams would play the game in the future.  Some of the ideas that they introduced, like counterjungling, are still core components of the game today.  The team played in a manner that was so aggressive and so utterly unlike anything that had come before (or really, anything since), that they way in which they played was also as beautiful, in its own Russian way, as Blue’s success last year.

So, as you can see, there is plenty more to being a fan than others may have pointed out.  There is no need to blindly invest oneself into the personality of a player or the makeup of a team: If you admire the playstyle, background, or synergy of players and teams, guess what?  You’re already a fan.  You might not buy a TSM hoodie or hold up huge signs at LANs about how great Huni is, but simply admiring and appreciating the way that players and teams approach the game is an indication that you’re a fan, like it or not.

And that’s not so bad!  The scene that we have grown to know and love and invest our time and care into, would not exist without the support of its fans.  The advertising revenue that teams, event organizers, streamers, and players depend on is directly tied to the number of people that are invested in the scene.  In other words, the more fans there are, the more events, prize pools, and leagues can grow to make more content available to esports fans.

The growth of esports in general is a separate point, and it’s not entirely clear if “growth” is at all a goal toward which esports should strive, to become something like the NFL, or to be as mainstream as a show like Sportscenter.  Those sorts of organizations carry a lot of their own baggage and are flawed in their unique ways.  But, it’s undeniable that more and better tournaments for esports games is a thing that esports fans love and want more of.  The number one request for the competitive League of Legends scene from fans for many seasons running has been the organization of more international tournaments, something that’s only possible with more support, and the cash that comes with it.