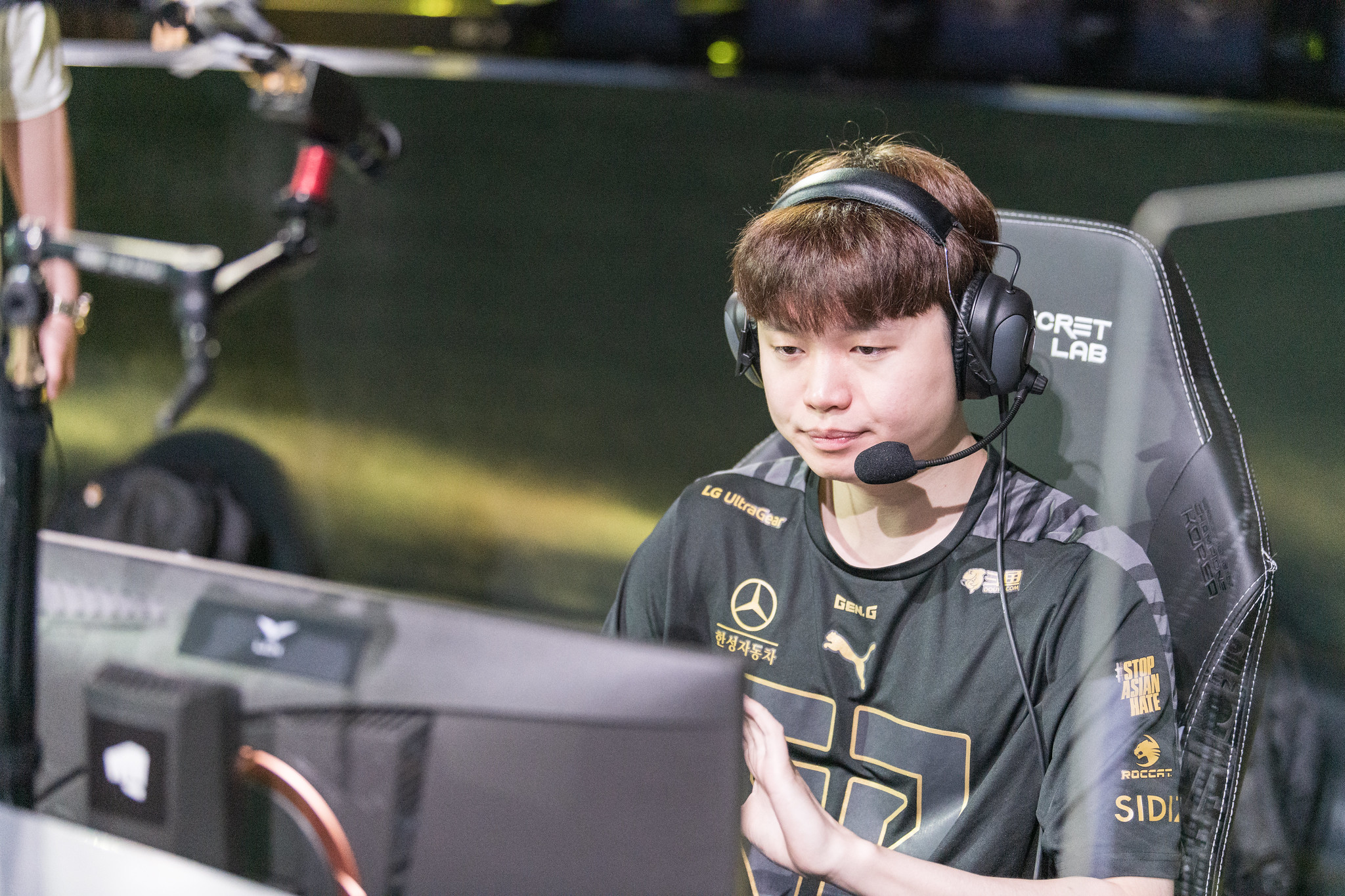 Bdd lead Gen.G today to a 2-1 victory over Fredit BRION in the last week of the 2021 LCK Summer Split.

Both teams showing off their best picks, but in the end, Gen.G won due to better shotcalling and teamfighting. Both MVP votes were picked up by Bdd, who popped off on three different picks in today’s series. While the match on Orianna didn’t result in a victory for his squad, Bdd’s individual performance was still top tier. The winning picks for Bdd today were Syndra and Zoe in the first and third matches.

The mid laner picked up the first MVP vote of the series after demolishing his opponent in a Syndra vs. Galio matchup. He was able to build a decent creep score lead and then move on to dominate fights with his AoE crowd control. His Zoe performance in the last match was even better, winning the lane against Orianna and then landing key bubbles to put squishy opponents to sleep, before bursting them down with his combo.

The series opened up with a mighty performance from the Gen.G roster, who had the better draft, objective control, and teamfight edge over their opponents. They were able to pick up early leads from the get-go and then snowball the match out of BRO’s grasp. After picking up the Mountain Dragon Soul, they went on to end the game.

Going into the second match, BRO banned away Syndra from Bdd, who carried the first game of the series. With that pick removed, they were able to have better teamfights after surviving through the laning phase. Gen.G picked up a couple of neutral objectives early on, but still failed to hold on in multiple skirmishes.

The last match was the closest one, with both teams picking up their best-performing champions. Even though Gen.G were up by a lot of kills throughout most of the game, BRO kept up by farming better on the map. A couple of crucial picks towards the end of the match by Bdd helped Gen.G push their advantage and secure the much-needed series win.

Gen.G (11-6) has one match left later this week against Nongshim RedForce. While the team led by Bdd would’ve been favored in the first weeks of the split, the odds are against them right now. NS looks much more coordinated and stronger through the summer. Tune in on Sunday, Aug. 15 to see who will win in the last series of the 2021 LCK Summer Split.