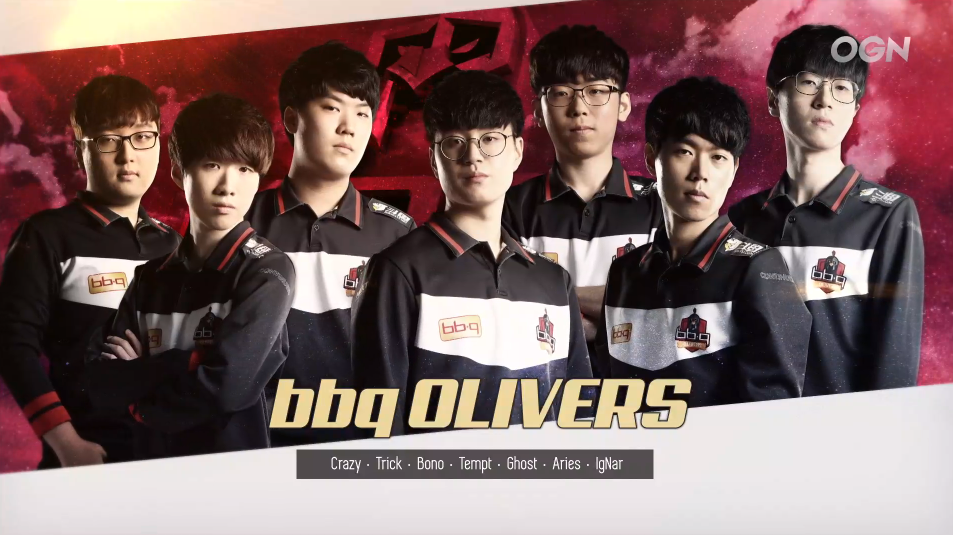 After playing in the last five LCK seasonal splits, bbq OLIVERS have been relegated to Challengers Korea after their 1-3 loss to MVP in the LCK 2019 Spring Split promotion tournament’s elimination match.

Falling to DAMWON Gaming 0-2 in the first day of the promotion tournament, bbq OLIVERS dropped down to the losers bracket alongside MVP, who also lost their match that day.

Although they were able to find their first game win of the tournament today, bbq OLIVERS lost their second consecutive promotion tournament match—and in crushing fashion.

MVP’s play today wasn’t perfect, far from it. But what MVP’s play did have over bbq OLIVERS was proactivity. Throughout the four-game series MVP took almost every early map objective, from Elemental Drakes, to the Rift Herald, and with little opposition from bbq OLIVERS.

While these objectives didn’t let MVP snowball into a massive lead, it did give them enough advantage to beat bbq OLIVERS come teamfights. And it was those teamfights which allowed MVP to almost wipe bbq OLIVERS, take the Baron, and end today’s games.

Bbq OLIVERS first entered the LCK in the summer of 2016, under the name ESC Ever. At the beginning of 2017, after receiving sponsorship from global fast food chain Genesis bbq, ESC Ever renamed to bbq OLIVERS.

While they beat bbq OLIVERS today, MVP’s spot in the LCK 2019 Summer Split is still not confirmed. To lock in their spot for the next LCK split, MVP will need to beat Team BattleComics, who already beat them earlier this week. MVP will once again face off against Team BattleComics tomorrow on Sept. 22, at 5pm KST or 3am CT.