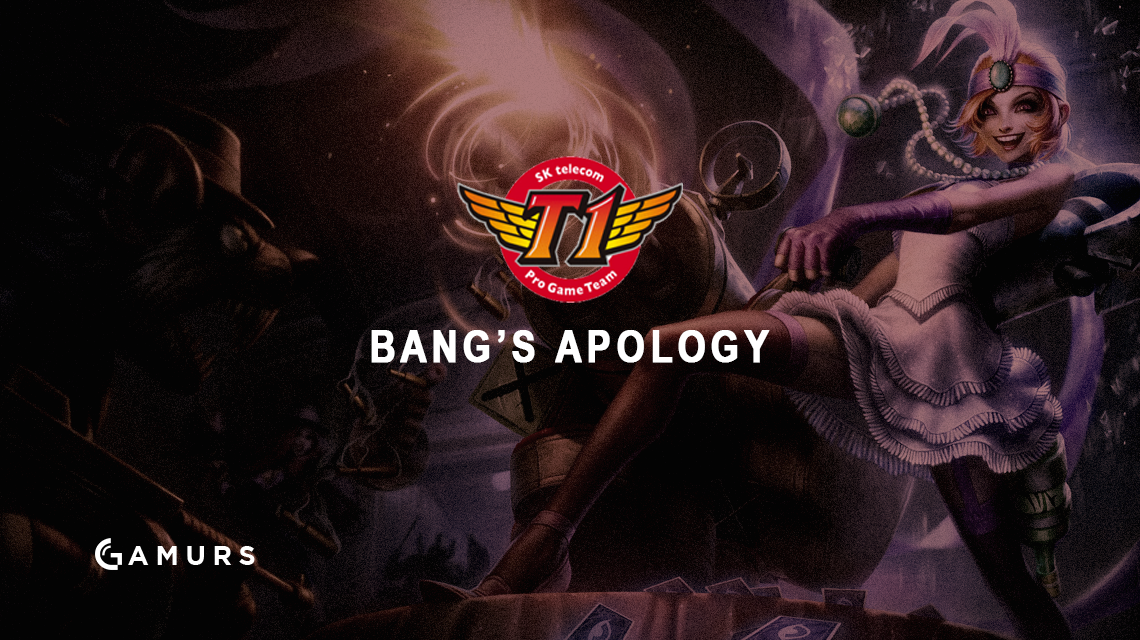 In this statement, Bang talks about why he quit the game early before the Nexus exploded while SSG was making their comeback after forcing a fifth and final game in this best-of-five series.

Bang’s apology comes after a long line of players at this recent World Championships who stood up and apologised for their actions, such as the Albus NoX Luna’s support player Kirill “Likkrit” Malofeyev, who apologised in front of the crowd for not shaking hands with ROX Tigers after his team’s loss.

You can find a link to the original Korean statement from Bang’s Facebook:

“In today’s (fourth game) match, I left the match before the game ended. I just noticed it too, I swear it.

In four years of my career, I never rage-quit in professional or solo-queue games. Even though I did not quit intentionally in the finals, I am disappointed with myself and I am angry. (I was angry with myself in that moment.)

I didn’t believe that happened. I asked Riot to watch my replay in that match, and with my teammate’s reaction, I think I really did it.

Thank you for always cheering for us.”

Let us know what you think of Bang’s apology in the comments below or on our social media @GAMURScom.