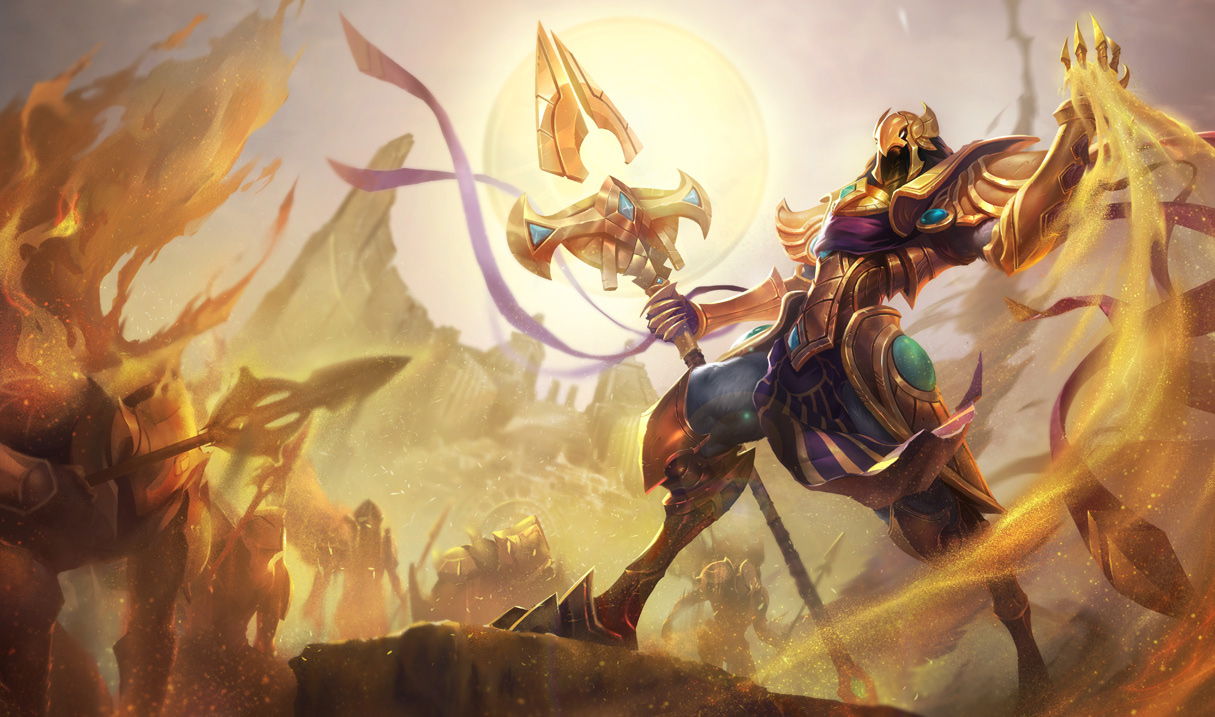 Azir and Ryze reworks are on the way.

But until they arrive, we’re going to have to live with the duo in their current state for a few months. To help tide us over, Riot is experimenting with some buffs on the PBE to make them a bit more appealing.

Azir’s buff is almost nonexistent until later in the game—and it only affects his ultimate ability, Emperor’s Divide. The buff is a simple damage increase. At the first rank of the ult, it’ll actually deal the same amount of damage. At second rank, it will deal just 25 more base damage. At max rank, however, it’ll deal a dramatic 150 more damage. Clearly Riot thinks he needs a late game power spike, and that’s certainly quite a hike in damage.

Will it make him much more attractive to pick? Probably not. It’s not likely that he’ll see much more playtime in solo queue, nor is it likely that the pros will suddenly give him more attention at Worlds on the next patch. It’s something, however—and Azir will take whatever he can get at this point.

Related: Azir’s rework is coming sooner than we all thought

Ryze’s change is equally small, but it has a much larger impact. The buff will increase the AP scaling on Rune Prison from 20 percent to 60 percent, which is actually a lot more damage.

To put that into perspective, if Ryze has 200 AP, 40 more damage is added to the ability as it stands in the game now. After the buff, that will change to 120 damage instead, which is clearly significant. This essentially makes the Rune Prison useful as part of Ryze’s burst combo instead of just a tool to hold someone down while he hits them with other abilities.

The buff is intended to get Ryze some attention at Worlds, according to a comment from Riot on a forum post last week. It certainly won’t solve all his problems, and his larger update is still in the works, but this buff is certainly big enough to add a lot of priority to Ryze not only at Worlds, but also in solo queue.

These buffs are on the PBE now, which means we can expect to see them live in about two weeks.