The dev team is making some significant adjustments to his Celestial Expansion. 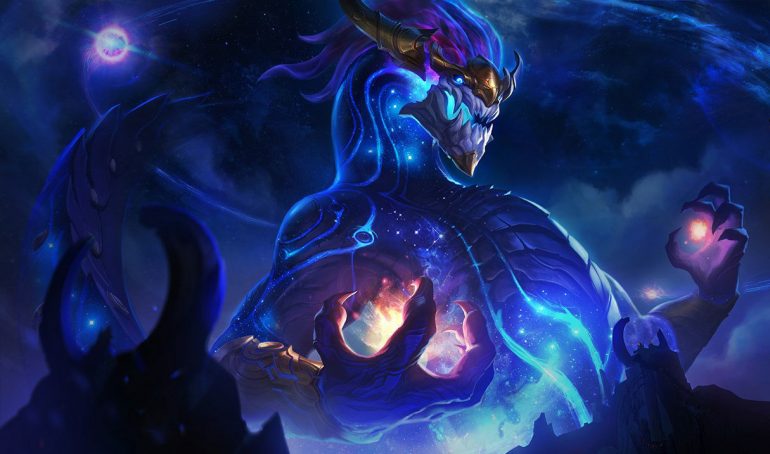 Game designer Riot AzuBK has revealed Aurelion Sol might be getting some pretty big changes to his kit, all of which will be available for testing on the League of Legends PBE tomorrow. The only thing that hasn’t been changed in his kit so far is the ultimate ability but that is subject to change, as is everything else in this list.

Firstly, Aurelion Sol’s passive has been nerfed in terms of damage and its AP ratio has been set to a flat 25 percent as well. The Q cooldown will now scale with levels instead of being at a fixed 10 seconds, while the ability will now grant him 20 percent extra movement speed. If Aurelion is faster than his Q, the star will actually increase its speed to keep up.

Aurelion’s W ability has been changed in a big way as well—when his W is activated, his stars expand, gain increased damage, and rotate at an extremely fast but decaying speed. When the ability is reactivated or after three seconds, the stars retract and Aurelion gains 40 percent movement speed that decays over time.

From these changes, it seems like Riot is pushing Aurelion Sol to become a bit more of a burst-like mage. The quick, heavy-hitting damage that his W can now dish out could surprise plenty of squishier targets, combined with his powerful ultimate.

AzuBK also mentioned that Aurelion’s passive is no longer interrupted by crowd control, which could be great since players won’t be able to run at him after landing some CC since they need to worry about the stars orbiting his body.