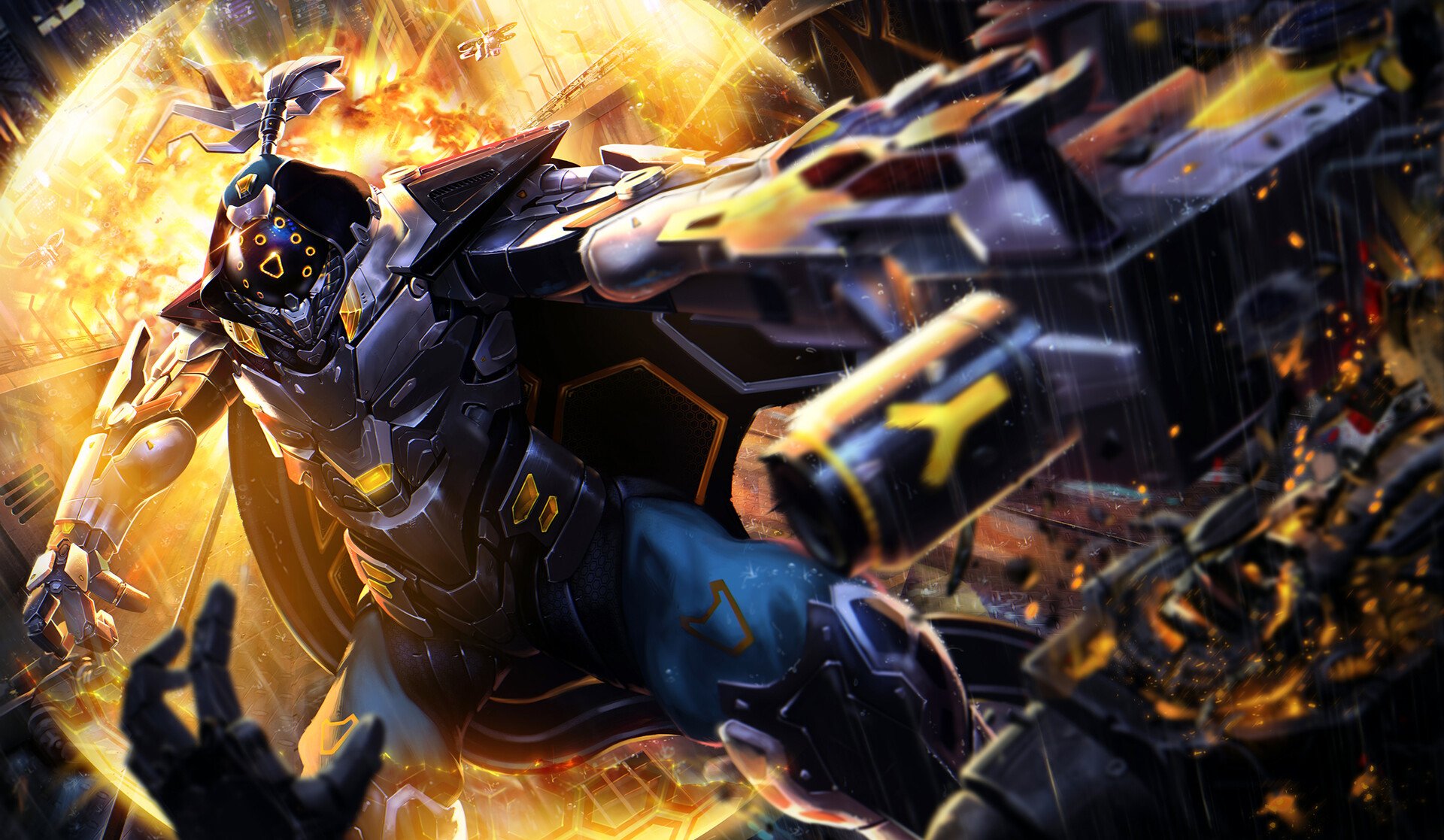 Riot Games has already added multiple new champions to League of Legends‘ ever-popular PROJECT skin line this year, but one artist has created an amazing PROJECT Jax skin concept that will make you wish the Grandmaster at Arms was part of the robotic revolution too.

“I really love the PROJECT skins lineup, so when I thought about designing a skin for a League champion I knew I had to do it in this thematic,” Artist Adrien Gonzales said. “In my opinion, Jax would fit in the line up so well that I wanted to explore what he could look like.”

Jax’s base color scheme in this skin concept is mostly dark colors, including black, grey, and navy blue. His armor is made of some kind of metal, however, which shines brilliantly in Gonzales’ beautifully made splash art. He also has scattered glowing accents around his body, as well as several glowing circles to represent his eyes—all in orange.

Gonzales even drew up several mockups of the skin, including multiple versions of Jax in different armor styles, chroma possibilities, and even a PROJECT Jax icon. Many people on the League subreddit praised the artist for the amount of detail and work clearly put into the skin, saying that the splash art is one of the most impressive fan-arts made in some time.

One fan jokingly complained that this skin was actually giving Jax a weapon, which made the skin a pay-to-win feature. Jax usually wields a lamppost on the Summoner’s Rift, and even has a quote that says, “Imagine if I had a real weapon.” Now, imagine if Jax was a robot and was armed with a futuristic hammer?