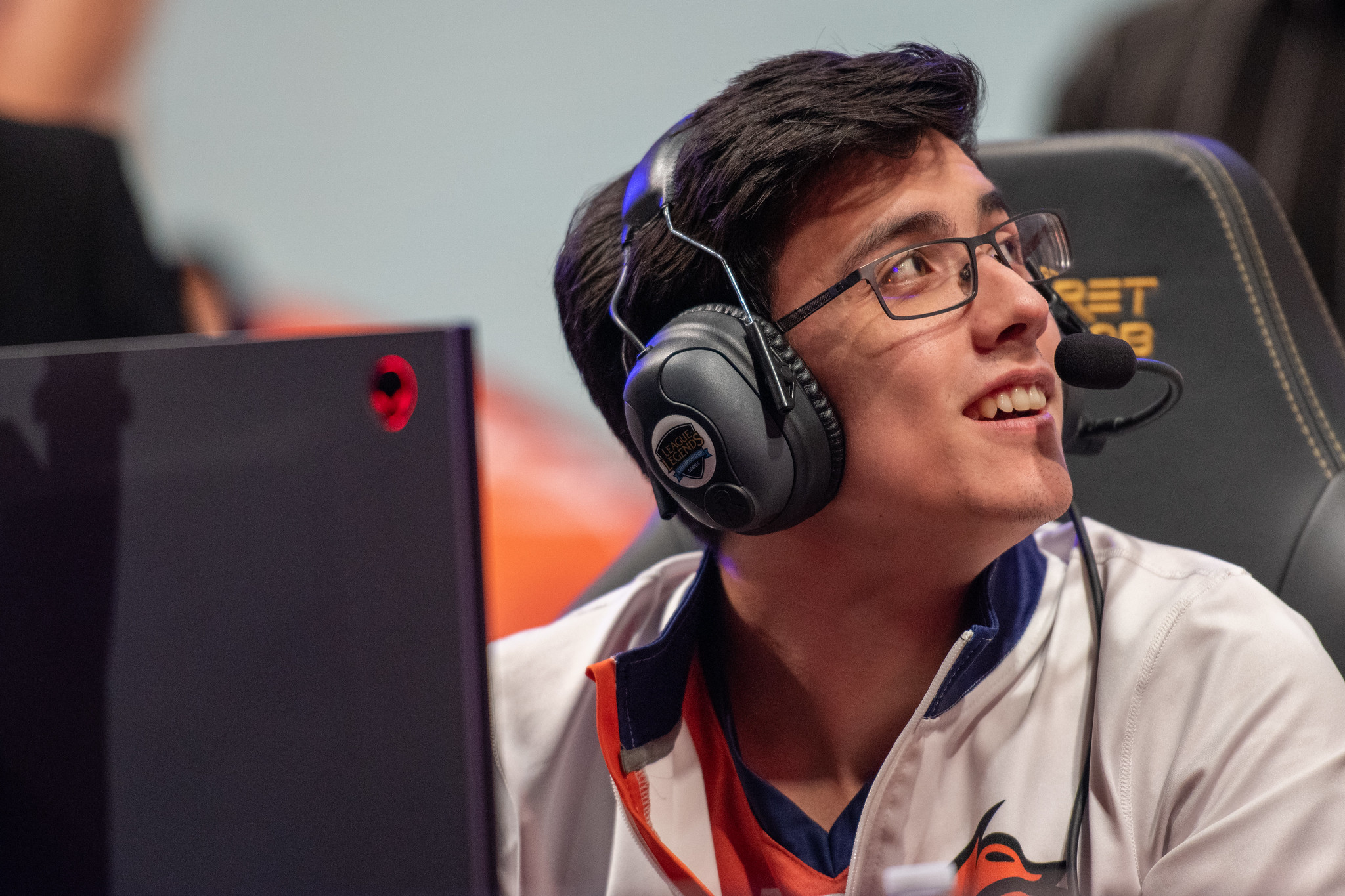 For Echo Fox, the 2019 LCS Summer Split is essentially over.

They were the first squad to be eliminated from playoff contention, accumulating 13 losses with a week left of play. Despite his team’s poor record, veteran marksman Apollo Price says Echo Fox has been performing well in recent weeks after finalizing a roster that had been shuffled around for the majority of the split.

“It doesn’t feel like we’re the last place team right now,” Apollo said. “I kind of wish we just started the season now, because we have a roster that we’re doing well with. But it is what it is.”

The current split has been rough for Apollo and Echo Fox, a team that made the playoffs in the spring, where they played a competitive series against TSM, the eventual runners-up. While some have written Echo Fox off as a team that overperformed last split and was doomed to fail once other teams leveled up, Apollo insists his team had the chance to compete for the title.

Unfortunately for Echo Fox, the players were unable to find a groove that worked for them and might actually have lost its chemistry. Apollo says that while the pieces were starting to come together in the spring, the team still had a ways to go before becoming a powerhouse and was unable to come into its own in time.

“The end of spring, we definitely had a good idea of what we wanted to do,” Apollo said. “I still didn’t feel like we had the process down. We found a style that worked for us, and that was it. When summer came along, it just wasn’t very cohesive. That wasn’t there.”

He’s not sure what went wrong for the team. Some would point to the roster instability as a big issue. After all, Apollo didn’t even start the first two weeks of the split, and halfway through the season, jungler Lee “Rush” Yoon-jae was suddenly swapped out for former Team Liquid Academy jungler Michael “MikeYeung” Yeung. Instead, Apollo sees the constant shuffling as a symptom of the team’s problems. He contends that the roster moves were necessary to fix a team that had been struggling all along.

“At the end of the day, it was on the players to get better, figure out things they needed to do, take on the responsibility of what they needed to do for the team, and we just didn’t do that in time,” Apollo said. “That’s why we see a lot of roster swaps and different roster iterations because we needed to figure out what players will mesh together.”

Even while struggling at the bottom of the table, there were shining moments for Echo Fox. They were close to taking down TSM in week eight and had comeback wins against Liquid and Cloud9, proving their ability to stay in the game even when behind. Apollo points to the team’s recent practices as signs of life, signs that nobody has thrown in the towel yet. Even though the squad is mathematically eliminated from playoff contention, Apollo is confident in his team’s abilities.

The team is full of veterans (“except for MikeYeung maybe,” Apollo was sure to note) and that maturity helps the team stay focused, even when playoffs are off the table.

“We’re all driven to get better,” Apollo said. “And that’s what sucks. I feel like we’re all really trying our hardest. It sucks that we don’t really get to prove ourselves for another six months or some shit.”

The strong practices have kept the team’s morale up, too. He acknowledges that there were times when emotions ran high—“nobody likes losing, nobody likes being in 10th place”—but there was no outright toxicity. Even at the worst of times, he says the environment never truly got that bad. It’s been worse on other teams he’s played on.

“I’ve been in really bad situations,” Apollo said. “It definitely didn’t get that bad [on Echo Fox]. Everyone is going to be frustrated, everyone is going to have emotions, especially after losses, but it never really got to the point where we all hated each other.”

Now, Apollo and Echo Fox are heading into the last week of play free of expectations. Their final two games are against Liquid and FlyQuest, neither of which will have a large impact on the playoffs. Liquid are locked in for the postseason, while FlyQuest are eliminated. Despite this, Apollo and crew are still looking to knock their opponents down a peg. They’ve beaten Liquid once already this split and another win could prevent the three-time champions from securing a playoff bye.

But beyond that, Apollo says he and his teammates are just looking to enjoy their final week on stage and play to the best of their ability. They’re not going to “troll draft,” as Apollo puts it. Rather, the team just wants to prove to themselves that they’re still good.

“We want to take those wins off of people,” Apollo said. “We just want to be the blue shell and we want to have fun. Because what’s the point if you’re not having fun?”