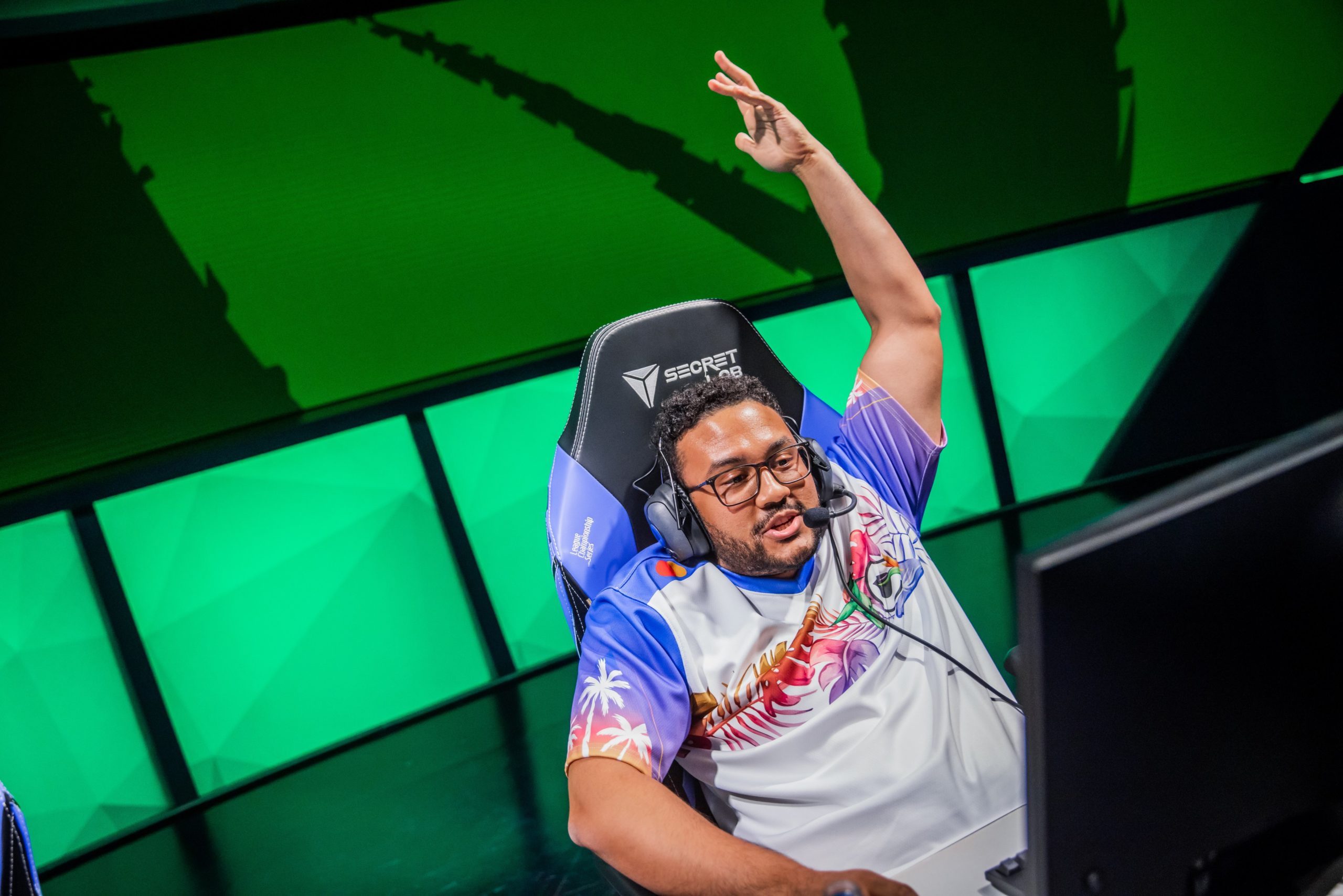 In yesterday’s five-game 2022 LCS Summer Split playoff series against TSM, FlyQuest support Aphromoo passed veteran AD carry WildTurtle on the all-time list for the most games played by any LCS pro. Following the conclusion of yesterday’s series, Aphromoo, a 10-year LCS journeyman, cemented his place atop the domestic league with his 597th game played.

Aphromoo and WildTurtle are the only two players to participate in every LCS season. Both players made their debut in the 2013 Spring Split and have been tallying games ever since. It was only this summer when Aphromoo was able to pass WildTurtle as the longtime ADC did not see action on the LCS stage for the first time in his career.

In addition to Aphromoo’s 597 LCS games, he has an extra 35 games played on the international stage, bringing his total count to 632. Across those 632 games, he’s played for just four teams: CLG, 100 Thieves, Dignitas, and FlyQuest. Aphromoo has qualified for three League World Championships and won a league MVP award with 100 Thieves in 2018.

Right on Aphromoo’s heels for his all-time games played record is Team Liquid mid laner Bjergsen, who has 572 career games under his belt on the LCS stage, according to the official LoL Esports Stats Twitter (stats have been updated to reflect the ongoing 2022 season).

Bjergsen, a 10-year veteran like Aphromoo, played his first professional season in Europe with Copenhagen Wolves and didn’t debut in North America until 2014. Additionally, Bjergsen took a season off from playing to coach TSM in 2021. Had he participated in the league during 2013 and 2021, Bjergsen would almost assuredly have the record to himself.

The only way Bjergsen would be able to catch Aphromoo this summer is to lose to 100 Thieves this weekend in five games during their upcoming series. He would then have to play four more five-game series through Liquid’s would-be losers bracket run, bringing his total games mark to an even 597 right alongside Aphromoo.

Other active LCS players who are close to Aphromoo’s record include Evil Geniuses top laner Impact, who has 518 games played in the league (fourth-most all time), and Cloud9 mid laner Jensen with 487 (fifth all-time).

Aphromoo will not have the ability to pad his lead on the record for total games over the rest of the field this summer since FlyQuest were eliminated from championship contention yesterday.