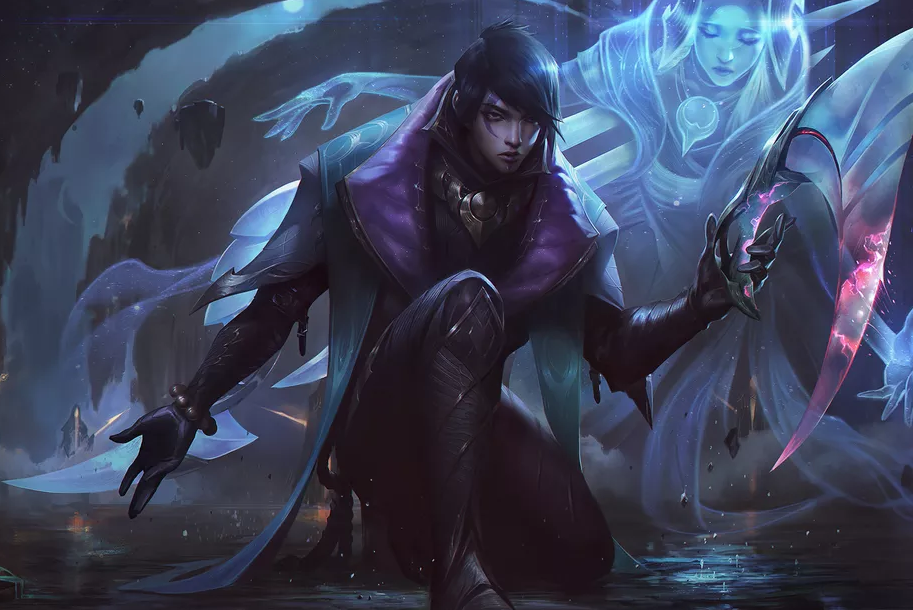 League of Legends fans were surprised when Riot teased a new champion slated to join the extensive cast, especially after Senna’s Nov. 10 release. And now, a new trailer gives more insight into Aphelios, the Weapon of the Faithful.

The League Twitter revealed the trailer today, which showcases every mystical weapon in Aphelios’ arsenal.

The trailer seemingly begins with Aphelios coughing after ingesting the rare, but poisonous, noctum flower. This numbed the Targonian from everything but pain, according to the champion’s biography from last week.

The marksman then hears the voice of Alune, his twin sister, as it reverberates in the confines of his troubled mind.

“So many weapons, Aphelios,” Alune says. “The deadliest is your faith.”

Riot said that Aphelios would be difficult to master and the trailer definitely hints at why. The new champion sports five moonstone weapons that each provide a different basic attack.

The first weapon Aphelios cycles through is a scythe pistol, followed by a rifle that looks eerily similar to the Energy Sword from the Halo series. The marksman then pulls out a flamethrower, which will be a great wave clear option, before switching to a gravity cannon. Aphelios finishes his weapon showcasing with a boomerang-like Chakram that will be used for close range.

Despite the daunting task of mastering a champion with such a high skill cap, Aphelios will definitely give ADC mains a challenging, but rewarding, bot lane experience.

For a full breakdown of Aphelios’ abilities, players should buckle down and read his Kit Primer.