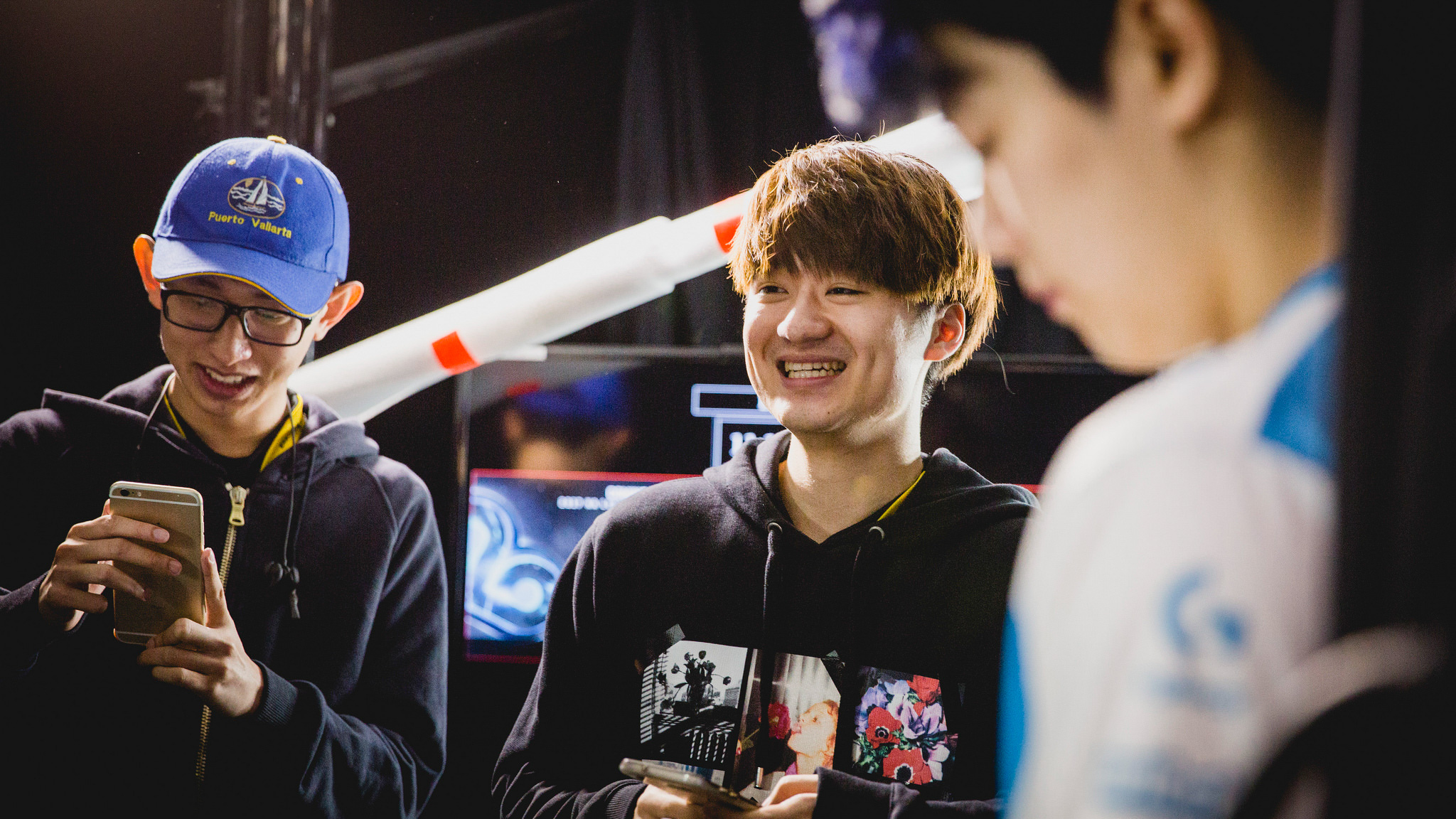 One of the biggest surprises this split has been the performance of Team Dignitas.

They started the year with a lot of hope surrounding a new roster. Built around Korean star Kim “Ssumday” Chan-ho, some expected them to immediately contend for the title. But they didn’t make it past the quarterfinals in the Spring Split, and things were looking tough. Others, like Immortals, were expected to improve as the year went on, but Dignitas didn’t have a clear path to getting better.

Related: Why Adrian is the most underrated player in NA.

Then, in a total surprise, the team dropped its bottom lane and replaced both Benjamin “LOD” deMunck and Alex “Xpecial” Chu after the Summer Split had already started. The two new players, ADC Johnny “Altec” Ru and support Adrian Ma, were LCS veterans.

But both had bounced around in recent years, and the move smacked of desperation.

Instead, the two players developed instant synergy with each other and with the rest of the team. “It felt like me and Altec [sic] always clicked when we played solo queue together,” Adrian told Dot Esports. “We have such good chemistry because we have such compatible personalities. We played hundreds of games together without voice comms but we always knew what the other person wanted in game.”

The results are astounding—Altec and Adrian were quite possibly the best laning tandem in the region, and Dignitas made it to semifinals before falling to TSM. And their work isn’t done—this team has a real shot at making Worlds.

That synergy has led to a career split for Altec. His lane numbers are at the top of the table, and in Dignitas’ quarterfinals upset of Cloud9, he dumpstered the lane. Almost any time Altec has a good scoreline, Dignitas end up winning. “This split has been a good split,” Altec said. “I was able to have good performances week to week, and a lot of that is because we are playing well as a team. Without them performing well, I don’t think I can have good performances.”

That’s a lot of pressure on a player not used to being the primary carry, but Altec has adjusted well. “I don’t feel that much pressure on myself,” Altec said. “I’m confident in myself and my team to perform well when it matters.”

It’s not just Adrian and Altec that developed quick synergy. Altec is now the team’s shot caller, a position of trust that doesn’t usually go to a player brought in on the fly. “Honestly, I just call what I need or what I can do in teamfights,” Altec said. “On match days, I just communicate a lot more adamantly whereas the Koreans are more soft spoken. I think doing friendly activities together, putting in hard work, and playing well all contributed to them trusting me a lot.”

That Altec has previous experience with coach David “Cop” Roberson helps a bit. But both have become so different since their time together on Gravity in 2015. “[On Gravity], he was really new to coaching,” Altec said. “Working with him on DIG, he has much more control and ideas for what the team should practice and work on.”

The duo lane calling the shots has caused them to alter their playstyle this split. Casual fans will notice that, along with the typical heal-and-shield champions that Adrian has become known for, he’s played a lot more engage champions like Thresh and Blitzcrank this split. But those that know their history will recall that Adrian has always been good on Thresh, dating back to his days on Team Gravity.

The meta has required Adrian to combine with Shrimp to set up plays, and they’ve been great. “It feels really good to remind people that my champion pool is just a meme,” Adrian said, laughing. “I just always play what I think will give me the best chance of winning the game.”

The team’s trust in the duo lane and Adrian’s ability to initiate has resulted in a shift in Dignitas’ core strategy. After team comps focused around Ssumday’s split push petered out, the team decided to send jungler Lee “Shrimp” Byeong-hoon to the bot side—a lot. Shrimp basically camps bot to allow Altec to farm and trade aggressively.

I’ve always fed my junglers information and gave them options on what they can do,” Adrian explained. “When I play champs like Thresh and Blitzcrank, it requires me to be more demanding of using the jungler because I have crucial windows to make plays.”

How far can they go?

Looking back, it’s amazing how quickly this duo and team came together. It’s especially inspiring when considering that Adrian and Altec were replacement-level players. Anybody could have signed them, but Dignitas made it work.

“I felt like this year was a really good learning experience for me as a pro player,” Adrian said. “I’ve been playing so long and felt like I didn’t accomplish anything meaningful which caused me to go into a downward spiral. I felt really lost and misunderstood. My number one goal this year was to be on a competitive team that could challenge the likes of Cloud9 and TSM in playoffs and give me the best possible chance to go to Worlds. I believe this is one of my best chances for that and I’m really grateful to Dignitas for believing in me when others didn’t.”

Dignitas has certainly proven that they are contenders for Worlds. There’s a long road ahead, but this duo lane is locked and loaded, and fans are finally noticing. “It definitely feels pretty good to start getting more recognition,” Adrian said. “I felt like I’ve always been overshadowed by others because I’m not a flashy aggressive player. I’ve always liked to play the game the way I believed was the easiest way to win which is sometimes really boring for people to watch.

“If we keep continuing to work hard I believe we can contend to be one of the best,” Adrian said.