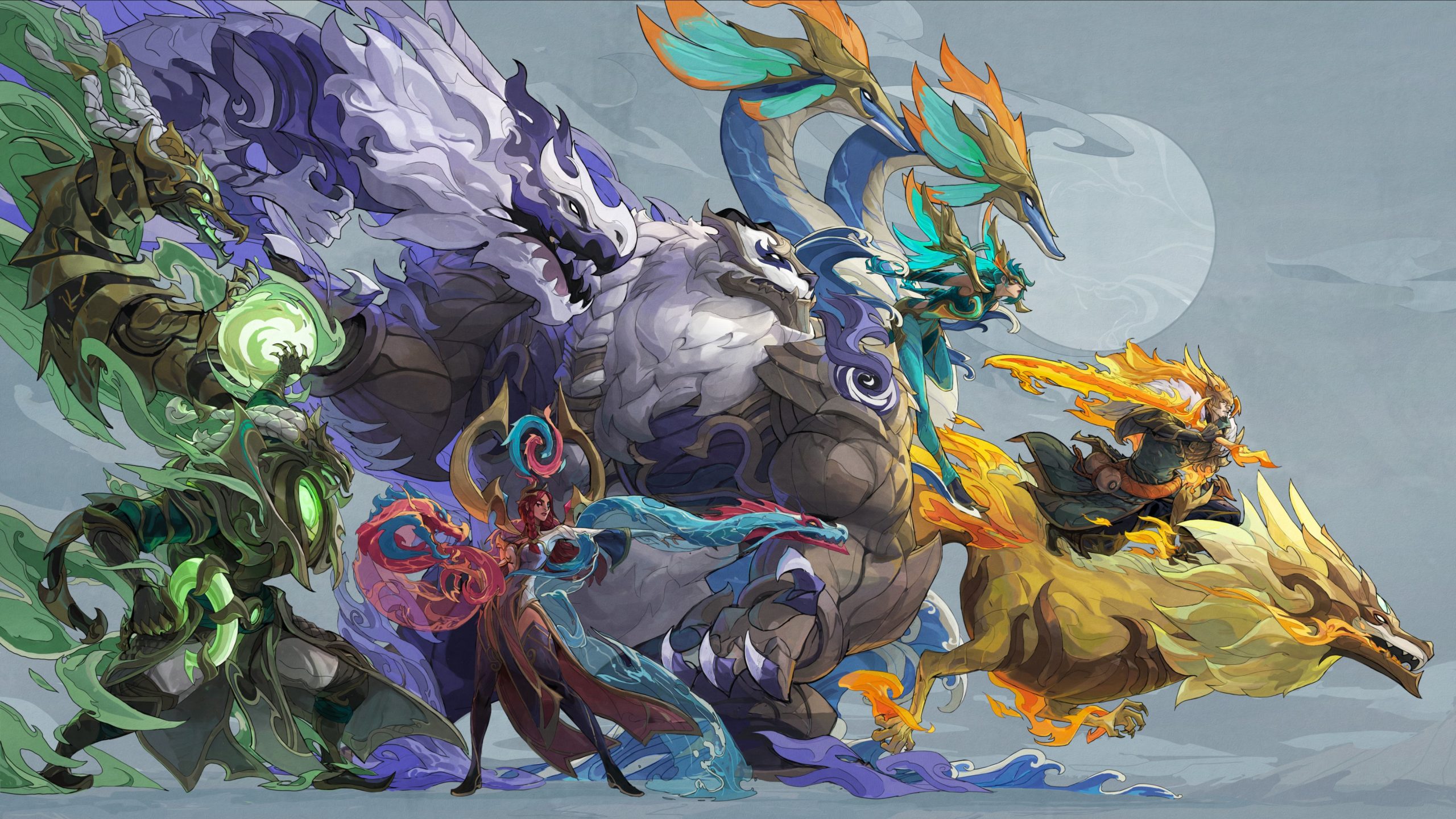 League of Legends Patch 11.21 will introduce seven new skins to the game, each from the previously announced Dragonmancer skin line. The release will feature six standard skins and one prestige edition. The champions that the standard skins will be for include Kai’Sa, Thresh, Karma, Volibear, and Yasuo.

Among those champions, Yasuo will be receiving two individual skins, while Volibear will get a prestige edition skin in addition to a standard one.

The new dragon-themed skins all take inspiration from Eastern culture, with each of them possessing an almost ancient or mythical art style. With transcendent color schemes, including striking greens, golds, and shades of blue, the newest skin line coming to League is visually stunning.

Here are all of the skins coming to League in Patch 11.21.

These skins, as well as some additional supplemental chromas, are set to launch with League Patch 11.21. The patch is scheduled to release tomorrow, Oct. 20, according to the game’s official patch schedule.