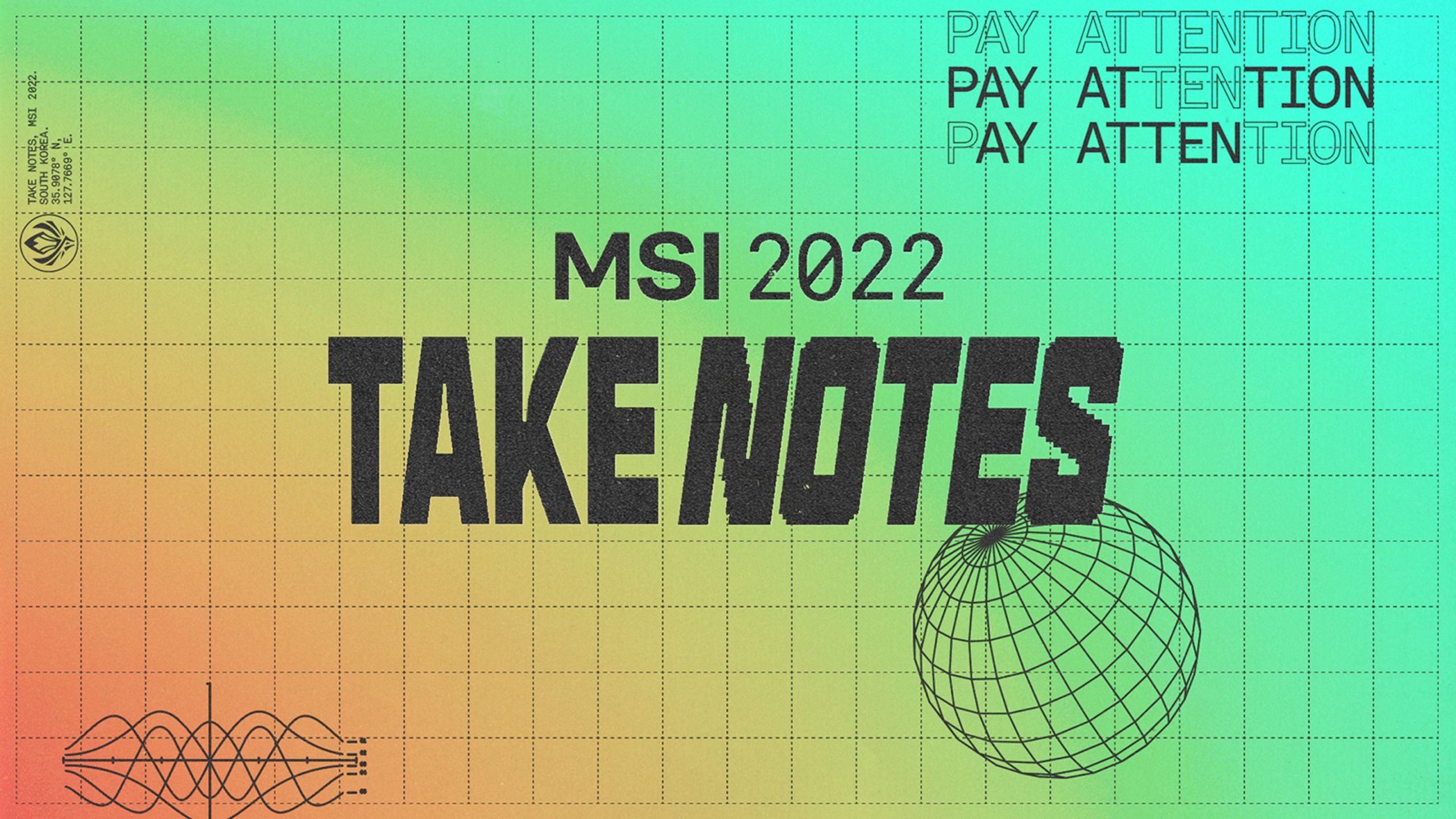 Riot Games just released its official rulebook for the 2022 Mid-Season Invitational in Busan, South Korea, which contains a lot of information surrounding tiebreakers, prize money, and rules for the teams.

This is everything that you need to know about 2022 MSI and all the most important rules highlighted in Riot Games’ official rulebook.

The minimum prize pool for the 2022 Midseason Invitational is set at $250,000 USD. An undisclosed percentage of in-client sales will be added to this total amount.

If the third and fourth in a group are tied at the end of the double-round robin, they will each go home with 2.67 percent each.

MSI will take place from May 10 to 29 and will be comprised of four stages.

Tiebreaker scenarios and how they work

Head-to-head record will be the first tiebreaker, meaning the team with a winning record over the other team will win the tiebreaker. If both teams are even, the tiebreakers will be played immediately after the set of scheduled games and will only be played if it directly affects their future outcome.

Side selection will be granted to the team with a lower total game time in their wins.

What happens in a three-way tie?

If there is a three-way tie at the end of the group stages, the teams will all play a tiebreaker tournament, where seeding will be determined by victory time or head-to-head record across the three tied teams.

If all are equal, seeding for the tiebreaker will be determined by overall victory time, where the team with the fastest victories will win the tiebreaker.

What happens in a four-way tie?

If there is a four-way tie, teams will be seeded similar to the three-way tie through victory time where the team with the fastest victories will go up against the slowest team, while the second and third teams will face off. The losers of these two tiebreaker games will receive the third seed and the other two teams will battle for the first seed, only if necessary for seeding.

All the preceding tiebreaker scenarios will carry over into the Rumble Stage, but with six teams in total competing in this portion of the event, this is what will happen if more than four teams are tied.

What happens in a five-way tie?

If five teams are tied for first, the three teams with the fastest victory time will automatically advance to the Knockout Stage. The remaining two teams will compete in a tiebreaker game in which the fourth-fastest team will be granted side selection in this game.

If five teams are tied for second place, the team with the lowest total victory time will automatically advance to the Knockout Stage. Meanwhile, the remaining four teams will be placed in a four-way tie scenario as seen above.

What happens in a six-way tie?

If there is a six-way tie, the two teams with the fastest overall victory will automatically be seeded into the Knockout Stage, both as first seeds.

The remaining teams will then be seeded through the four-way tie scenario where the two teams victorious will be seeded as lower seeds.

How is the Knockout Stage seeded?

If two teams are tied for first place, then the seeding for the Knockout Stage will be decided at random.

Once the semifinals take place, side selection for the first game will be decided through a coin flip.

All teams present at the 2022 Midseason Invitational are required to have a minimum of five starting players, one head coach, one or more strategic coaches, as well as one or two substitute players, collectively known as the active roster.

Each team is required to have a minimum of four resident players on the active roster, and the entire active roster is required to be present on-site. If a player or coach is not present on-site, then the team will be subject to a penalty. In particular, if a reserve player is not on-site, the organization will receive a 20 percent fine of their total prize pool, capped at $20,000 USD.

When are active rosters locked for MSI?

Active rosters have already been submitted by teams, with the deadline set on March 4, 2022. Teams were required to submit their lineups for MSI to their regional league and are unable to add new players after the deadline.

The substitute players on an active roster can be swapped for players on a starting lineup but must be declared to the referee before the start of the next scheduled game.

What programs are players allowed to use at MSI?

The players are only allowed to use the programs provided by the MSI computers and are prohibited from installing their own programs. This includes normal communication methods such as third-party voice chat, such as Skype, and will be monitored throughout the match.

All these games will be played on Tournament Realm and have all been provided logins by MSI and are required to maintain a certain level of “pink noise” in their headsets and must get approval from officials to lower that noise down.

What are the venue rules for players?

To ensure player safety, MSI has created a set of protocols to ensure safety at the live venue for everyone at the venue.

Venue access is restricted at all times to which MSI teams must receive special permission to attend other MSI matches. The only time a Team member may access the venue is when they are required to be present for matches.

On match day, only members are the starting lineups are allowed to be on stage, while the coach and assistant coach are only present for the pick/ban phase and may only return following the conclusion of the match. Any other personnel, aside from the team manager during match prep, must remain backstage during the games at all times.

Team members must also wear masks at all times except when on stage or otherwise directed by Riot staff.

The full rulebook can be found here where the 46-page rulebook details all the other rules and details for staff and personnel.