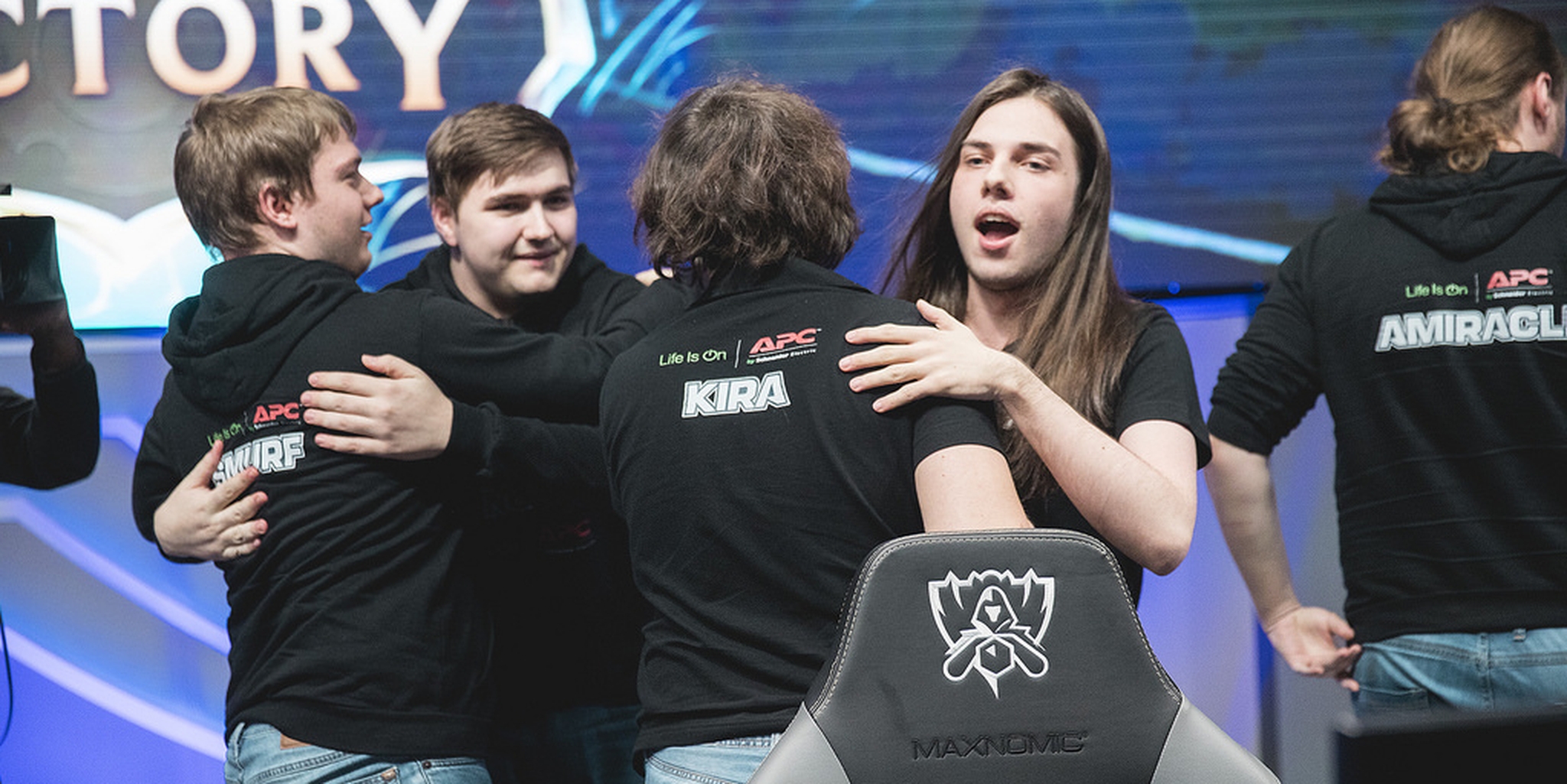 Albus NoX Luna shocked the world by posting a 2-1 record in the first week of the League of Legends World Championship group stage, the first time a team from a wild card region survived a Worlds week with a winning record.

But that was just one week. We’ve seen wild card teams pull off one-shot wins against all odds in many previous international events. Perhaps this mix of Russian and Ukrainian players happened to get lucky in two different games? Or perhaps not.

As it stands right now, Albus NoX Luna looks like they’re going through to the quarterfinals, and deservedly so after they beat Counter Logic Gaming for the second time today. Both teams needed a win to pave their way to the quarterfinals, but it was Albus NoX Luna who outplayed the American team, winning multiple lanes and leveraging that lead into a comfortable win.

CLG banned out Albus NoX Luna’s signature Anivia and Brand, which they used to shock foes last week, and opted to draft three winning lanes to play a more standard game. But the American side couldn’t execute on their lane advantages, which left them with a low gold mid lane Karma, essentially giving them two supports in the mid and late game. Albus NoX Luna read CLG’s early game moves and played better in lane, giving them the lead they needed to eventually win the game.

The Americans weren’t surprised by some cheesy strategy. They weren’t beaten by lucky play or surprising gank. They got outplayed.

Like many wild card teams, Albus NoX Luna didn’t expect to win a game at Worlds. But after they finally got in the server, they realized League of Legends is League of Legends, whether it’s in a packed stadium with the world watching or in the CIS region.

“You just have to play better than your opponent, and that’s how you win,” Albus NoX Luna’s Ukrainian jungler Aleksander “PvPStejos” Glazkov said in his post-game interview.

And so far, this wild card team has played better than the American and European teams in their group—whether playing standard games or not.

Albus NoX Luna now has a 3-1 record and a 2-0 head-to-head against CLG, meaning they will become the first wild card team to advance to the quarterfinals at Worlds unless Counter Logic Gaming manages to upset RoX Tigers for the second week in a row.