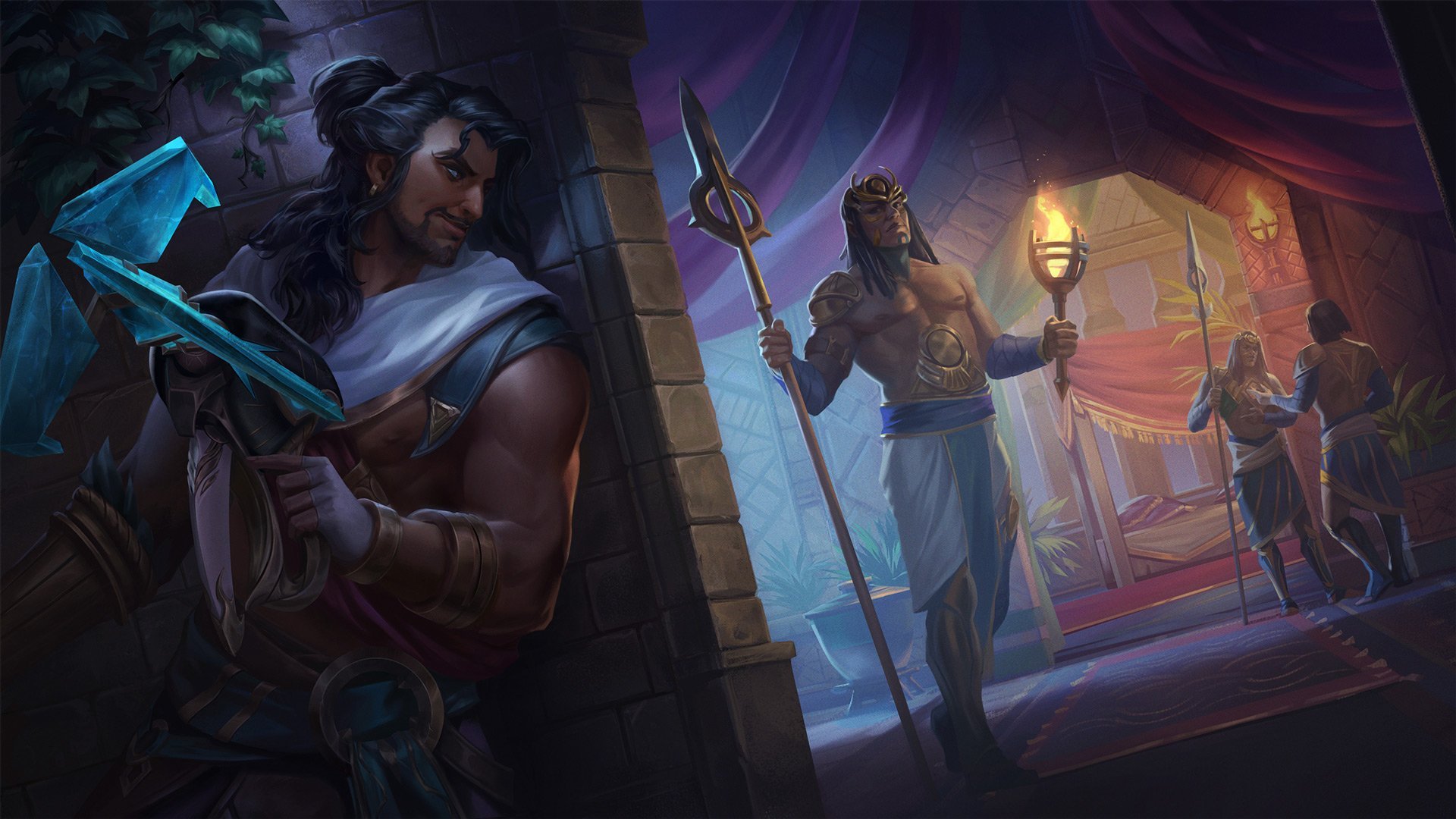 League of Legends players are still trying to wrap their minds around the game’s newest champion, Akshan, and how he plays on Summoner’s Rift. And while some fans are trying him out in-game, Riot Games has released a new short story that should give lore enthusiasts a good look into the backstory of the Rogue Sentinel.

Titled “In Search of Things Lost,” the story dives into Akshan’s situation right after the death of his beloved Sentinel mentor, Shadya. He could feel the memory of his teacher already slipping away, which was something he lamented at the beginning of the tale. He tried to maintain her memory, but even with a drawing of her in hand, she continued to fade away.

In the present, Akshan hunts down a young homeless girl with an expensive pearl bracelet. He confronts her, asking where she got it from, while also saying that the bracelet belonged to his mentor. The girl admits that she stole the bracelet from “someone who won’t miss it,” but refused to say the person’s name out of fear of what they would do to her.

Akshan then realizes that the girl simply wants to sell the bracelet for money to survive, so he confides in her that the bracelet is one of the few pieces of Shadya that he has left. After some time, she reveals that a warlord named the Devil of the Dunes had taken all of the jewelry and she had been paid with the bracelet after she cleaned his stables.

With that information, Akshan sets off and sneaks into the warlord’s palace, where he finds him sleeping, as well as the rest of Shadya’s jewelry. He then wakes him and asks if he’s the one who killed his mentor. The warlord denies the accusation but is killed anyway after the Rogue Sentinel convinced himself that the world would be a better place without him.

Afterward, Akshan reflects on his actions, realizing that he killed the warlord out of pure selfishness and that it didn’t even bring him any peace of mind. As he turned one of the bracelets in his hands, a small inscription said, “Give all, and all may live.” Those words rang out in Akshan’s mind and he quickly returned to the homeless girl to give her the jewelry so she could sell it. With a new comforting warmth in his heart, Akshan could feel the memory of Shadya return to him at last.