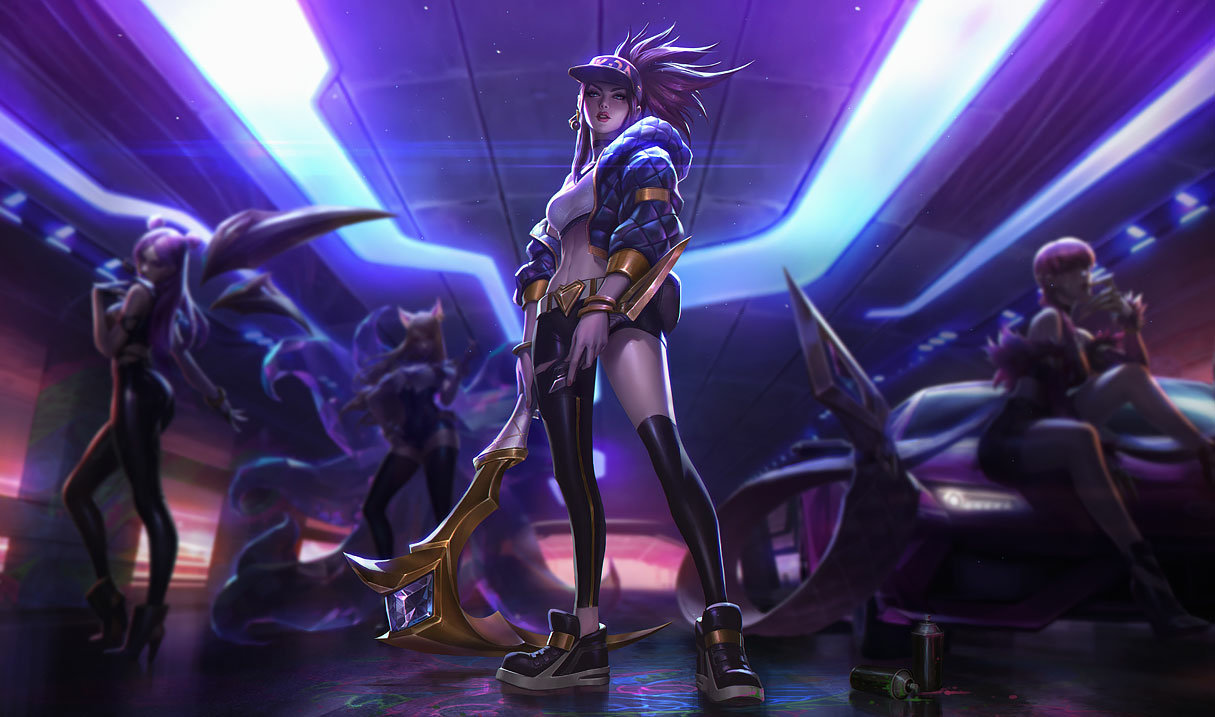 Akali has taken a beating in the recent patches added to League of Legends, disappearing again into obscurity. It’s the second set of nerfs in a row that she’s received, and with it, her win rate has continued to fall.

She became an iconic pocket pick, playmaking champion in the EU LCS, and had peak performance at the 2018 World Championship, securing a 72-percent win rate, as well as being targeted and banned a total of 51 times, the highest in the tournament.

She’s a polarizing champion who seems to be in an either incredibly irritating and overpowered state, or remarkably underwhelming, untouched by most of the community.

According to lolalytics, League champion stats site, she has a win rate of 44 percent in the Platinum division, one of the lowest of the 142 available champions. But perhaps most surprisingly, she’s retained a ban rate of 51 percent, the highest in the game, just in front of Neeko, Irelia, and Pyke.

The problem with her low win rate may be in the player base itself, with higher ranks boasting a much more rounded win percentage. She’s a difficult champion to master, and is widely considered to have a high skill cap. She’s become a champion that either gets off the ground in the early stages of the game, snowballing in a season three-esque fashion, or falling off indefinitely.

One of the main reasons for her ban rate may simply be in her True Stealth, the controversial mechanic added in her rework. Her Twilight Shroud (W) gives her the use of untargetable invisibility and is the unique and defining aspect of the champion. It’s considered anti-fun, and it seems players just don’t want to deal with it.

Riot Games can’t get Akali right, and granted, with her recent changes in patch 8.24b, the company is at least attempting to handle her. The nerfs to her shroud are a possible contributing factor to her reduced success, but with this, Akali is by no means anywhere near to achieving a balanced state.

All we can hope for is that the balancing team will closely target her key strengths, and even conceivably rework the True Stealth mechanic, instead of idly picking at her until she falls off into oblivion.