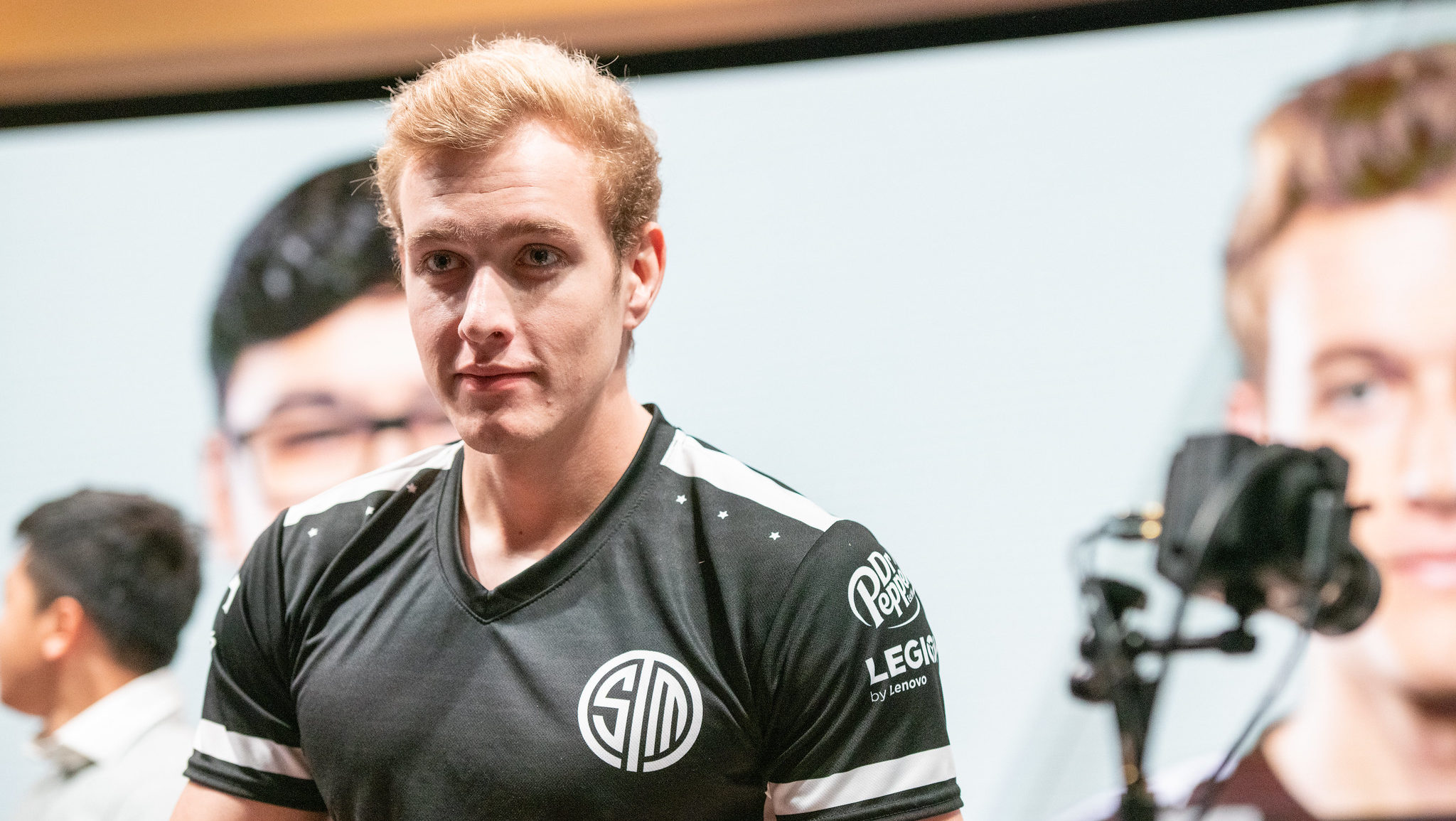 Sitting in an empty press room, Matthew “Akaadian” Higginbotham sighs. He sits forward in the armchair and looks down. He says he feels “like shit.”

Akaadian is coming off a bad weekend. His team struggled to close out a win against last place Echo Fox and lost to 100 Thieves, a team that started the season with five straight losses. These are only the newest games in a series of matches that TSM either lost straight out or barely won. Just a week ago, they were stomped by OpTic Gaming, a team that missed the playoffs entirely last split, and had to steal two Barons from Golden Guardians and backdoor for a win.

Now, TSM heads into the final week fighting for a spot in the playoffs. Their final two games are against three-time champions Team Liquid and FlyQuest, the latter of which has surged in the second half of the split. Neither game will be easy, especially for a slumping team like TSM. Even through these past few games, though, TSM has flashed signs of brilliance. Signs of life still exist for this team, glimmers of the squad that took Liquid to five games in the spring finals. TSM still has the talent to not just make the playoffs, but to win it all.

The team proved that in spring. They took down powerhouse Cloud9 in five games and were on the brink of sweeping Liquid and claiming a berth at the Mid-Season Invitational. Akaadian isn’t worried about his team’s individual play—he’s just unsure they can come together as a unit in time for playoffs.

“Obviously we have the potential,” Akaadian told Dot Esports. “There’s no jungler that I’m like, ‘Shit, this guy is so good. I can’t play against him.’ I’m sure it’s like that for all my teammates. Our weak spot right now is just our team play, so if we can fix that for playoffs then I’m sure we can win the whole thing. It just feels far off right now.”

TSM’s summer form is a far cry from their spring dominance. While Akaadian isn’t exactly sure what happened, he knows that the team is lacking a clear identity. While he was only standing in for Jonathan “Grig” Armao in spring while he rehabbed wrist issues, Akaadian says the team knew exactly how to play around him and had clear plans in game.

“I just think we don’t have a lot of systems, and we don’t have that much in our playbook,” Akaadian said. “We don’t really know what drafts we’re comfortable with. In spring, I was a stand-in jungler for TSM but we had pretty good systems for how I jungled, how we were going to think about the game, what we were going to do. We’ve lost that somewhere.”

When Grig came back at the start of the split, the team decided to hold tryouts between the two junglers.The pair swapped places in the roster for the first few weeks of the Summer Split, and the team only decided to stick with Akaadian after Rift Rivals. While the situation likely had an impact on the chemistry between players, Akaadian refuses to use it as an excuse for TSM’s current form. He believes at this point in the season, any ill effects from the tryouts should be resolved already.

Instead, he points to Rift Rivals as the problem. Akaadian says his team “never really settled down” after the tournament. While members of Liquid have been vocal about learning from their experience playing European teams, Akaadian doesn’t believe his team really took anything away from the tournament.

“I’m not too sure my teammates got too much out of it other than thinking that we’re really bad,” Akaadian said. “I just don’t think we changed play very much afterward. I don’t think anybody changed their mindset too much after Rift Rivals.”

Even while fighting for their playoff hopes, the team environment remains a bright spot for TSM. On struggling teams, it can be difficult for players to stay positive and the atmosphere can become toxic when players begin blaming each other for their struggles. Despite TSM having “proud” and “emotional” players, Akaadian feels like the environment has been fine even during the team’s slump.

While the team has never specifically focused on creating the perfect environment, Akaadian says everyone on the team is still working together well. As an organization built on winning, TSM has always placed results first, with team atmosphere falling secondary to that.

“The environment was a by-product of everyone working hard, having similar goals on the team,” Akaadian said. “Everyone just fucking hates losing, like a lot. We have very proud players on our team, and it just blows to be playing so poorly together.”

Bringing back the basics

Now, the only goal for TSM is winning. While Akaadian isn’t sure what’s wrong with the squad, he knows everyone is working to find a solution. He says after the team lost to OpTic Gaming in week seven, they held a large team meeting and acknowledged there was a big problem within the team, what he calls “the first step.”

Akaadian believes in the overwhelming amount of talent on the team, and he knows it’s possible for them to come together like they did in spring. The players and the staff for the team are all in “overdrive mode” to get this squad fixed up, play-off ready, and ultimately, strong enough to have a good showing at the World Championships. He blames himself for his team’s problems, wondering if he could be “doing more,” and he’s starting by returning to what worked in spring.

“I can run our early game a lot better,” Akaadian said. “I was more direct and explained a lot more things in spring. I think we don’t have a lot of these things, this planning, this same paged-ness we had in spring. We have a lot of playmakers on our team, but the playmaking is really sporadic and it’s hard because nobody is on the same page.”

By preparing a clearer early game plan and mixing in a little of the European creativity he tasted first-hand at Rift Rivals, Akaadian wants to be a catalyst for his team’s resurgence. If he can get the team back on the same page, TSM will be a force come playoffs. While teams like CLG and 100 Thieves have surged recently, none of them have come close to taking Team Liquid down in a best-of-five set. If and when TSM are firing on all cylinders again, they might be the only ones capable of taking down the MSI finalists in the playoffs.