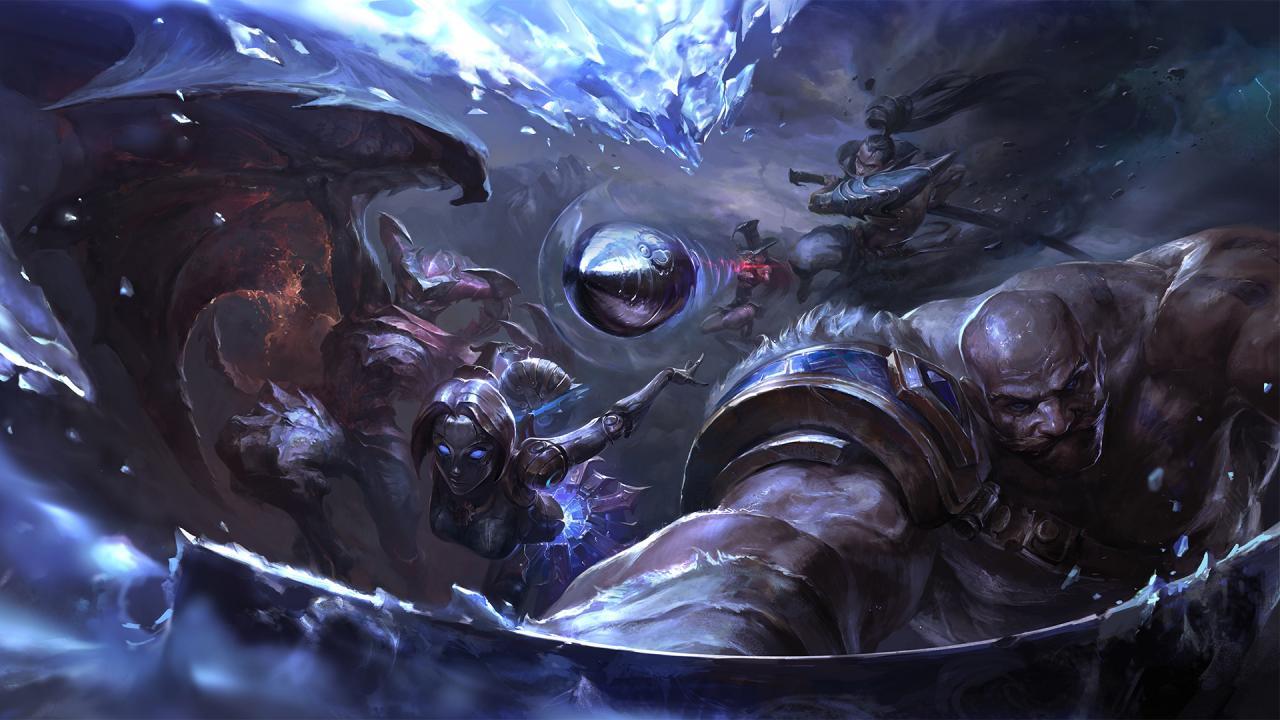 Few things are as reliable as League of Legends fans complaining about over- or under-powered champions on the Internet. With over 100 champions, balance will never be perfect. The most recent uproar has actually been repeated in seasons before: AD Carries (ADCs) are under-powered. The argument can be summed up in one game clip:

ADC’s don’t do enough damage early. They can’t survive encounters with anyone outside the duo lane. They lack agency in the way they play their lane. Even mages are beginning to take over their role in the bot lane.

The furor has risen to such a level that Riot’s lead designer, Greg “Ghostcrawler” Street responded to this specific question via a post on his personal Tumblr. It’s clear that this is an issue Riot is concerned with and is looking to address. We took a look at the ADC meta and some solutions to issues fans have identified.

ADC mains certainly have some valid concerns, but overall, changes to the bot lane meta have been needed for years.

What changed in the game?

There are four primary changes between Seasons 6 and 7 that affected ADCs. That these changes touched seemingly disparate parts of the game made it tough to tune their combined effect.

The net result of these changes was a huge nerf to ADCs that like to trade early and bully lanes. But there are other ways to play ADC, right?

What changed in player’s behavior?

What’s really shifted is the way that the game is being played at all five positions. Riot has wanted League of Legends to become a more teamwork-oriented game and have made changes to suit that style.

The Season 7 jungle encourages junglers to gank more. Solo laners have figured out that roaming for first turret is a reliable way to snowball early advantages. Those snowballs quicken the pace of the game while ADCs are facing a slower power curve. ADCs can try to roam, but often don’t have tools like crowd control (CC), mobility, or sustain that solo lane champions bring. And speeding up the laning phase and erasing turrets has the most negative consequences on squishy, immobile ADCs.

With roaming off the table and little kill pressure, bot lane has turned into a farming contest. In many games, it feels like the bot lane is completely disconnected from the rest of the map. Building up small advantages in creep score (CS) is tedious work, and if a solo lane feeds (or snowballs), that CS advantage may not even matter. Finally, pushing the lane aggressively for CS lights up a giant “GANK ME” sign for all to see.

To be fair, an ADC on two or more core items (usually crit items) can still output a high level of damage. Getting to those items is the tough part, and ADCs are now much more reliant on their teammates to do so. And once they get items, they still rely on teammates to keep them safe.

What changed in ADC’s attitudes?

There’s nothing inherently wrong with relying on teammates. And a game that emphasizes teamwork almost necessitates unglamorous roles. But that cost is being borne by ADCs more than any other class. The initial argument that ADCs don’t deal enough damage has been replaced with a complaint that ADCs have no agency.

The reliance on teammates to constantly protect them devalues the choices ADCs make. Games are often won or lost in the early stages regardless of how the ADC plays. Build paths are getting increasingly stale, focused on a few core crit items. Sieging is still a marksman strength, but prolonged sieges are hard to set up, especially in solo queue. Many times, the easiest way to destroy turrets is by diving and killing the enemy team first. The agency of the team is superseding that of the ADC.

Finally, the meta is still a bit unstable in preseason, but ADCs have the least champion diversity of all the roles. Popular champions reflect two predominant playstyles: safe champions like Ezreal and Caitlyn, or hyper carries like Twitch, Jinx, and Vayne. Jhin is the only high-usage champion that doesn’t fit one of those buckets due to his ability to provide unique long-range engage.

Some issues, like champion diversity, have existed for a long time. But add it all up and ADCs feel like their choices are the least impactful. They are still required to bring high-level mechanics—kiting and positioning make ADC one of the most challenging roles mechanically—but not high-level thought processes.

What can or should be done?

Some of the most obvious answers, such as a rework to itemization, have their own perils. Changes to items often have unintended consequences for other champion classes. Ghostcrawler has admitted that auto attacks are a blunt tool that makes tuning difficult, and that changes could be a multi-year process. It’s possible that a change could require a fundamental shift in how crit items work. As has been noted by one redditor, gold efficiency for crit items is pretty poor until you stack more than one crit item. Another possibility could be items devoted specifically to ranged attackers.

The loss in marksman diversity is partially being compensated by increasing usage of creative picks, like ADC Ziggs, or even non-ranged champions. Overall, it’s healthy for the game that more champions are being tried in the bot lane. But it’s also unhealthy (as Ghostcrawler noted) that few marksmen are found outside of the bot lane. He wrote that it’s “hard to steer the Marksman class into many different spaces.” Instead of ADCs learning different roles, they could learn a few non-marksman champions that can go bot.

More should be done to match the power curve of marksman champions to the length of the game. To enable a healthy queue, all roles should feel like their decisions matter. Sometimes, it’s okay if that decision for ADCs is to farm for 10, 15, 20 minutes. Knowing how to farm and play around teammate pressure is an important skill. But even lane experts have a tough time when being dove in 2 vs. 3 or 2 vs. 4 situations. Giving ADCs some early options to at least survive under turret (whether through damage or other abilities) could help stabilize the role.

Right or wrong, laning skill is often used as a benchmark for player skill. It’s understandable that ADC mains are upset over the changes to the lane phase. But it’s also inevitable that in a team-oriented game, certain roles are going to become more specialized. Not everyone can or should impact the map in the same way. Maybe a Draven isn’t supposed to survive against Poppy (a Poppy shouldn’t be able to 1v5 the entire enemy team either). Until the meta shifts again, ADCs may need to adjust their mindset to find satisfaction in ways other than dominating an opponent in lane.

Perhaps the most important thing Riot could do for ADCs is to wait and see how the meta develops over the next patch or two. Other roles have seen significant change over the last few seasons and a jolt in the bot lane could be good for League.