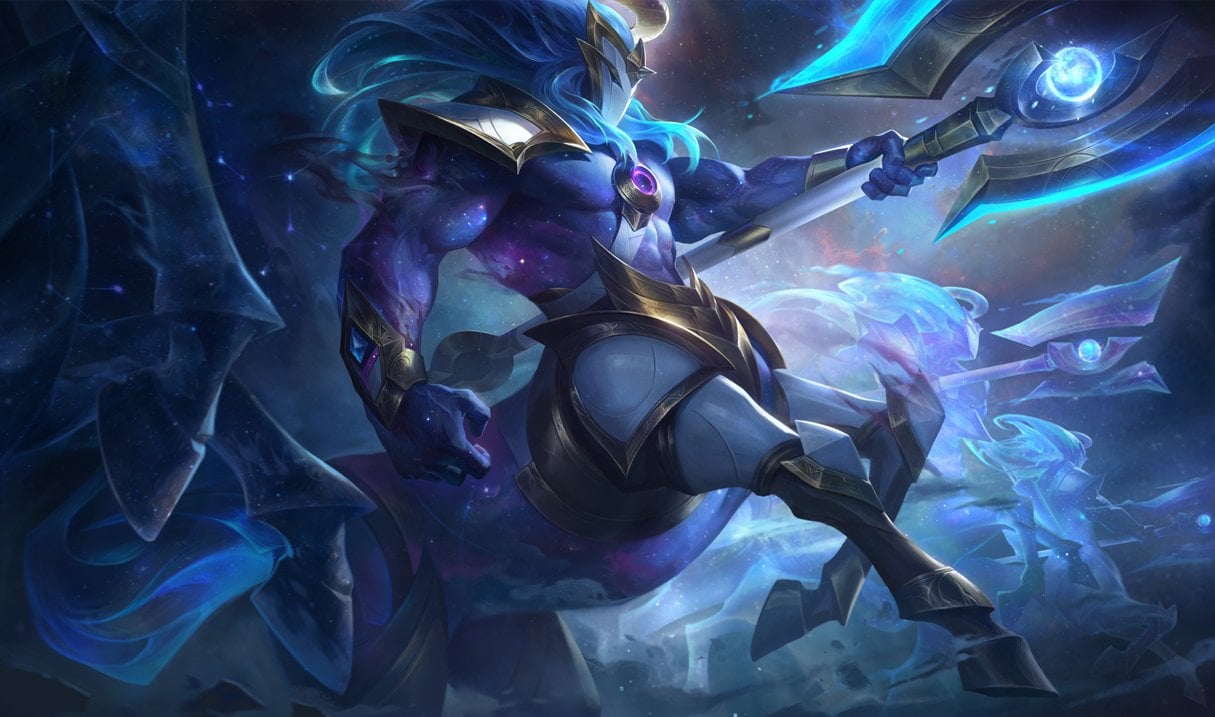 A myriad of League of Legends champs are getting Cosmic skins, including Skarner, Hecarim, Nidalee, Anivia, Illaoi, Nami, Vladimir, and Varus, according to today’s PBE preview. Lissandra is receiving a Dark Cosmic skin, while support champ Soraka has earned a Prestige Star Guardian cosmetic.

The thematic isn’t exactly new since there are already 10 existing iterations of Cosmic skins. But it’ll be nice for a few forgotten champs to get a new cosmetic. Skarner, for example, hadn’t gotten a skin since Guardian of the Sands in April 2015. So those who main the Crystal Vanguard are in luck.

Cosmic champs each don the hues of the universe, draping themselves in purples, blues, and golds. And several skins use constellations for back or ability animations.

Riot had already promised a 2020 Prestige skin for Soraka in a dev post earlier this year. Product manager Ken Adams explained that this would be the first Prestige Edition cosmetic created from a previously-released skin to “gauge interest.”

The popular Star Guardian Soraka skin gets a little twist with upgraded VFX and plenty of gold.

The new skins will hit the PBE soon and likely make their way to the live servers in the next patch.