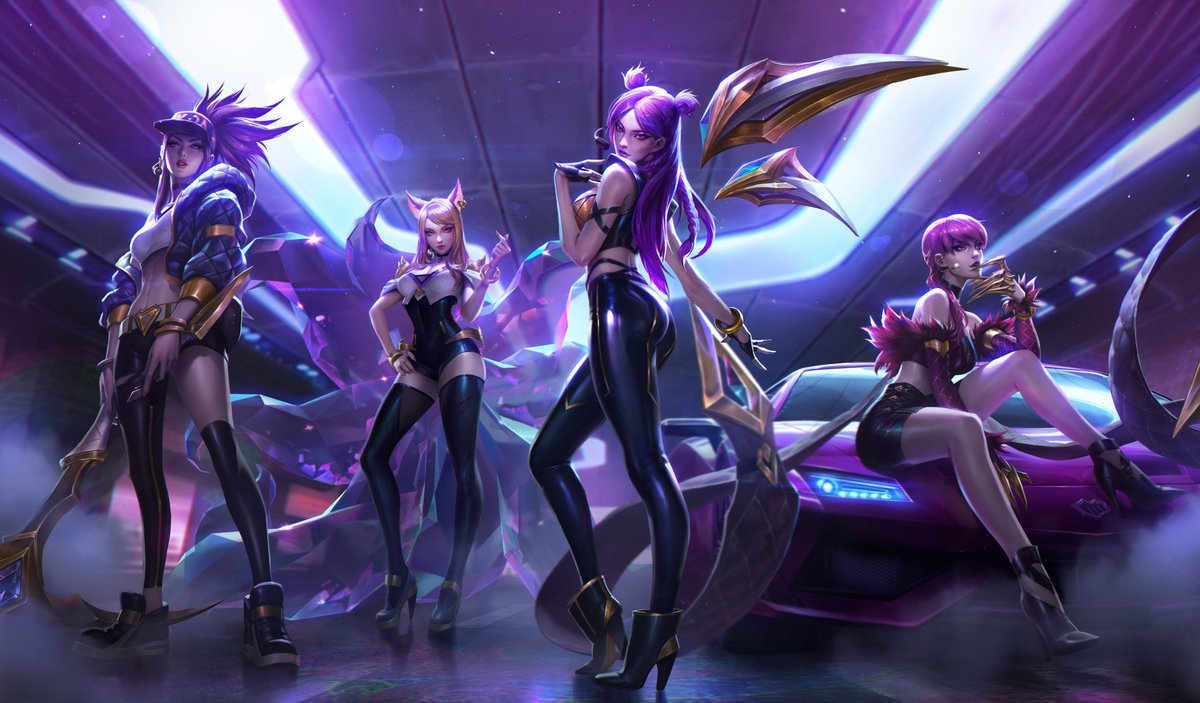 Get your lightsticks ready League of Legends fans, details about a new set of KPOP-themed pop star skins have been revealed.

All four skins contain brand new animations and sounds in addition to a visual redesign. Each skin contains at least one ability that plays music when used. When recalling, the skins do a KPOP-esque dance, while a spotlight shines above the champion. Although all four skins do the same dance, each skin has a different concluding pose right before the recall animation is finished channeling.

K/DA Kai’Sa’s prestige edition will be purchasable through the event shop, and will cost 2,500 Worlds tokens. To earn Worlds tokens, players can buy the Worlds 2018 pass, which gives Worlds tokens after every match watched during the World Championship, in addition to a special first win of the day bonus, which also gives out Worlds tokens.

Riot has yet to announce a release date for K/DA Ahri, Evelynn, and Akali.