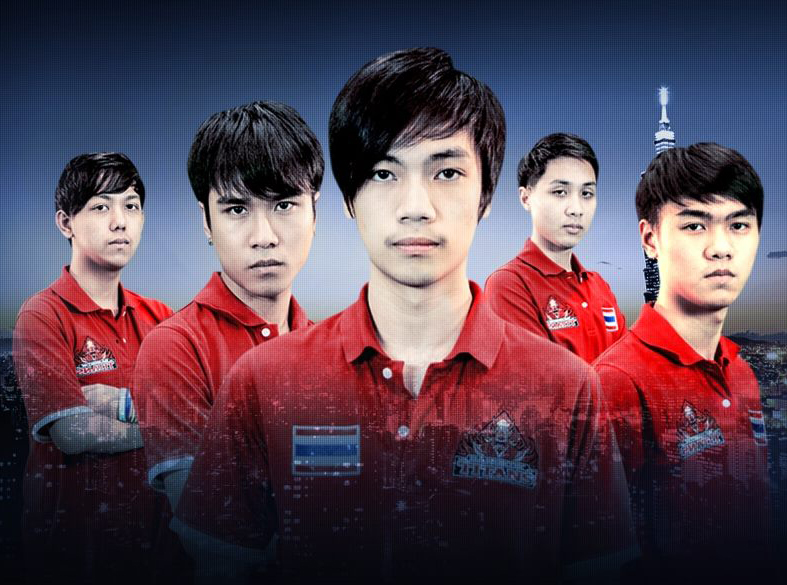 The Bangkok Titans recently won the IWC Turkey tournament and have qualified for the world championship. This article will give you a little info on this years wildcard team.

The Titans play in the Garena Premier League, which is home to all the countries in the Southeast Asia region. This region was once the home to the former World Champions Taipei Assassins, and the top tier AHQ e-Sports club before their exodus to the newly formed LMS. The Titans placed third and qualified for the playoffs in the summer split and went on to beat the Saigon Jokers in the finals, failing to drop a single game in their two-round playoff run.

After a flawless playoff victory, the Titans had their sights set on the SEA Regional finals. The Titans’ first round went to a full 5 games, which they won 3-2 against the Vietnamese team Full Louis, and in the finals, they once again faced the Saigon Jokers who they beat 3-1 to win the tournament and qualify for the IWC.

Now the Bangkok Titans had qualified for the IWC Turkey Tournament where they would face the best teams from Japan, Oceania, and Turkey. The teams they would be facing were DetonatioN FocusMe (Japan), Dark Passage (Turkey), and Chiefs Esports Club (Oceania). The strongest team there appeared to be the Chiefs, who had dominated Oceania Region, going 14-0 in the summer split.

After the first two days the Titans found themselves in the finals against the Chiefs who had a 4-2 record and had already beaten them twice. Surprisingly, the Titans dominated Game 1 taking down the Chiefs in just 25 minutes and with a 16k gold lead. Game 2 was closer, it being evenly matched for most of the game, but after 45 min the Titans secured their second victory agains the Chiefs. Going into Game 3, it was looking like a 3-0 series in favor of the Titans, but the Chiefs came out swinging and forced the Titans to end the game with a surrender at the 23 minute mark. Now that the Chiefs had finally shown up, it looked to be the beginning of a full 5 game series, but the Titans decided to end it in 4. They held a comfortable lead for the majority of Game 4, and secured their final victory in 40 min, getting their revenge against the Chiefs and at the same time punching their tickets to the World Championship.

What Can We Expect From the Titans?

The Titans are the wild card going into the World Championship, which means they will more than likely be the weakest team in their group, and might not win a game. But never count the underdog out. Kabum has proven that the wild card team can shock the world and take a game off of a top tier team. Depending on how the Titans decide to play, we could either have another non-existent wild card, or we could have another interesting group stage on our hands. No matter the outcome though, the Titans have shown that they have what it takes to beat better teams, and they have worked hard and played harder to get to where they are today. Go Titans and good luck at worlds.