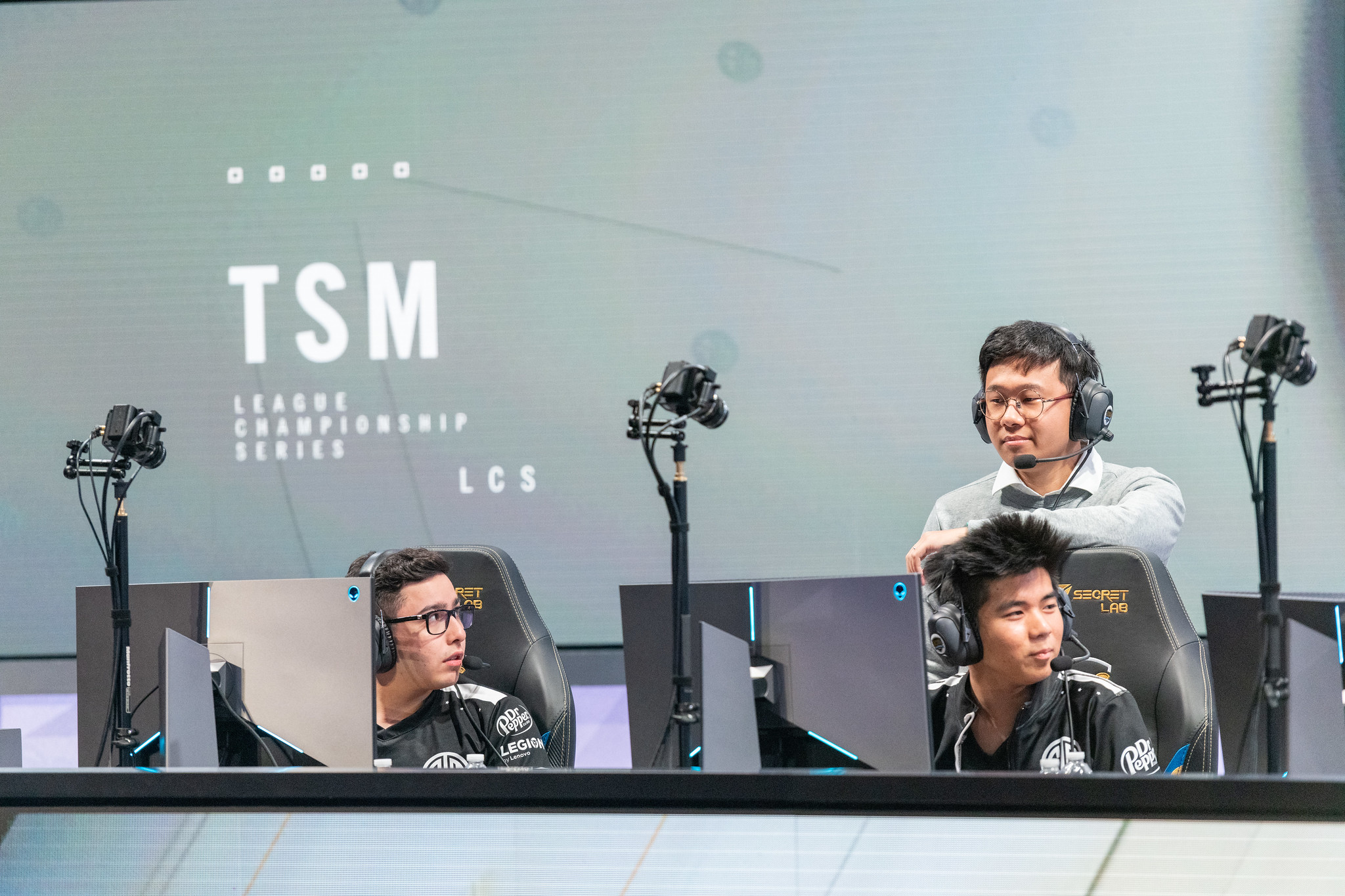 Near the end of 2018, TSM hosted its very own Scouting Grounds, inviting two players for each in-game role to the team’s gaming house to participate in a “bootcamp with [TSM] staff.”

TSM’s reason for hosting an in-house Scouting Grounds was twofold. TSM wanted to find promising players to complete their Academy roster, while simultaneously building a system around promoting amateur players to Academy.

By the start of the 2019 season, TSM had accomplished both of those goals. TSM completed its Academy roster with the addition of Erik “Treatz” Wessén and Edward “Tactical” Ra, who both attended the team’s Scouting Grounds, while also creating a three-man trainee squad named “TSM League of Legends Jr.”

TSM’s 2019 focus was further validated with the Academy team waltzing their way to the Academy league playoffs, beating reigning champions Cloud9 Academy 3-1, all while Treatz was forced to play in a different country due to visa issues. At the end of the Spring Split, both TSM’s LCS and Academy rosters had become dominant forces in their respective leagues.

But while TSM Academy’s successes have continued into the summer, the same can’t be said for the LCS roster. TSM limped into the upcoming LCS playoffs, ending the regular season with a humiliating loss to Team Liquid, who trolled that game by drafting a composition popularized in Teamfight Tactics, the game’s new autobattler mode. Between the miscommunication, lackluster laning performances, and misplays that left viewers confused, to say the least, TSM looked far different from the team that almost swept Liquid just a few months ago.

With a few days remaining until their quarterfinal match against Clutch Gaming, TSM finalized a playoff roster nobody predicted: starting Mingyi “Spica” Lu, with two TSM Academy players as substitutes.

Spica is a rookie jungler who made his LCS debut two weeks ago. And he’ll be the only jungler TSM field in the playoffs, with both Matthew “Akaadian” Higginbotham and Jonathan “Grig” Armao’s names nowhere to be seen.

Instead, the TSM Academy duo of Tactical and Treatz will fill TSM’s two reserve spots. What was originally a player development project for the future has turned into a last resort for TSM, who are desperate to find anything that will lead to improvements.

In an interview with Choi “Locodoco” Yoon-seop about TSM’s strong Academy team, TSM general manager Parth Naidu gave Cloud9 credit “for the [Academy] model that they created, where they were able to interchange players, and [become] a very good training partner for them.”

TSM have first-hand experience with Cloud9’s unparalleled player development, losing to them one year ago in a playoff match where C9 effectively played a seven-man roster that revolved around two mid-jungle pairs. TSM are looking to try a similar tactic but in the bot lane, which has recently become a weak area of the map for the team.

Tactical and Treatz—who Parth called “the standouts of [TSM’s] Academy team”—will ideally strengthen TSM’s bot side, even if only to provide motivation for TSM’s current LCS duo, Jesper “Zven” Svenningsen and Andy “Smoothie” Ta. This isn’t even mentioning the split worth of synergy that Tactical and Treatz have built with TSM’s now solo starting jungler Spica, with the three playing together in Academy this summer.

But even taking into consideration TSM Academy’s 2019 successes, this roster move is risky, especially considering that Tactical and Treatz have yet to make their formal debut, and Spica just debuted last week. Having virtually no experience, these three players will need to perform in major playoff situations on a team burdened by the expectations of the largest and most vocal fan base in the LCS.

At least Tactical and Treatz are seemingly the fallback option, with Zven and Smoothie still starting. Spica, on the other hand, must perform because there’s nobody to come take his place if he crashes like many rookie junglers tend to do.

Regardless of the desperation associated with this roster switch, TSM is fortunate to have scouted and developed a secondary squad full of young players that the team isn’t afraid to play in the playoffs. Aside from Cloud9, there are no other LCS teams who have that ability.

Player development has been a key focus for TSM in 2019. Now we’ll find out if it was worth it when TSM play Clutch on Aug. 10 at 4pm CT.