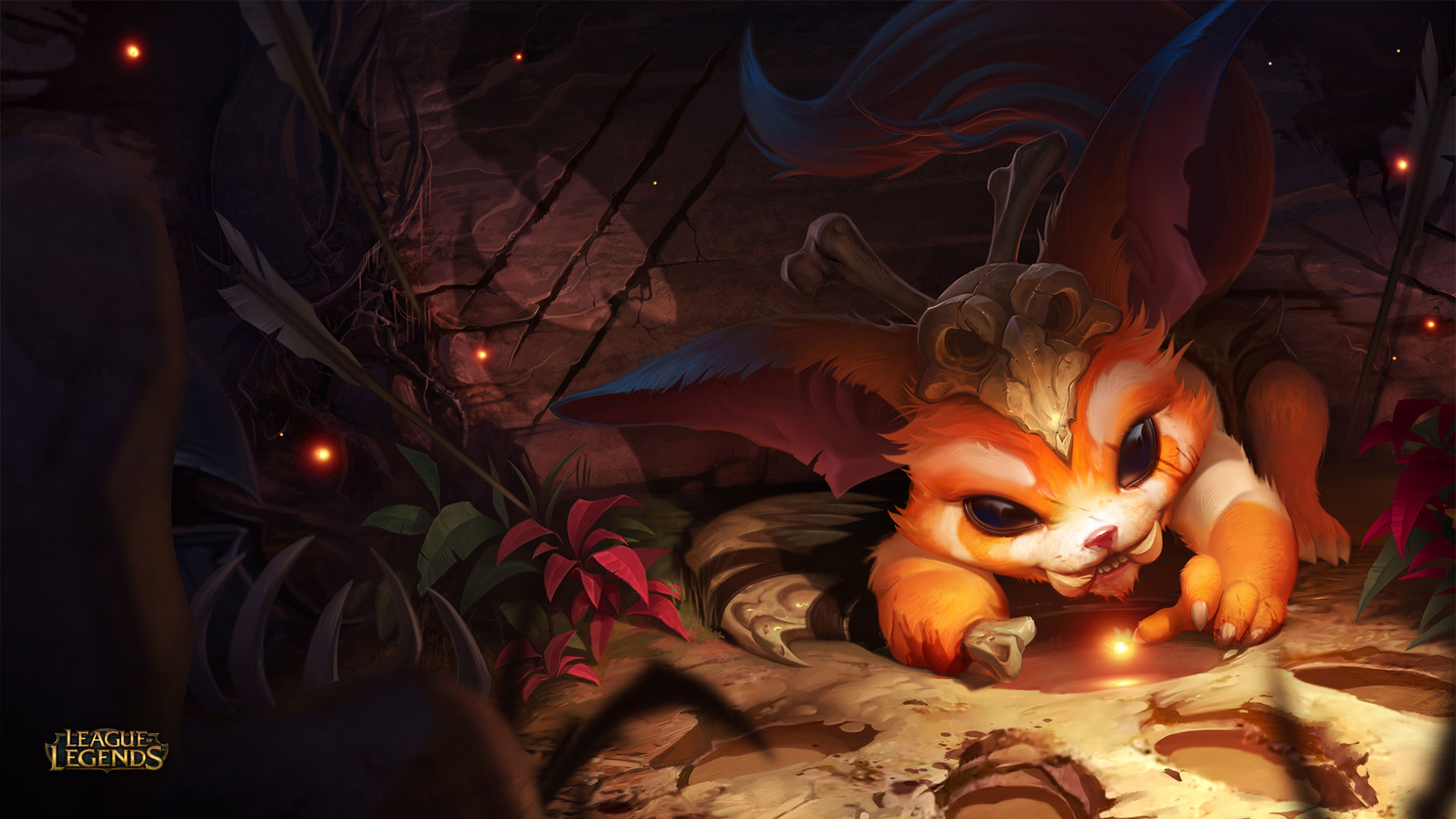 Joining the ranks of competitively played Yordles, Gnar has been the top laner of the season 5 meta so far. Although his kit is suited for the team-fight meta we are seeing, taming the prehistoric Yordle is a challenge due to his erratic power spikes. Mini Gnar is a lane bully in top lane, using his ranged harass to whittle down his melee counterparts, while Mega Gnar the epitome of a tank, disrupting whole teams with his titanic rage. But for this payoff to occur, players must master controlling his Rage so they may time his transformation appropriately, and then the team must play around that as well.

With the big four regions all in competitive play, we did a numbers crunch to see how effective each region can wield Gnar. We used percentage’s here to compare relative trends, as each region has played a different amount of games in different formats. For references sake, note that NA and EU have 10 unique match-ups every week with every team, Korea plays best of three matches with every team playing at least one set while two of their 8 teams play two sets, and China plays a best of two series with its twelve teams playing two sets a week.

With the different number of games, keep in mind that in the case of NA and EU with their smaller sample size, there stats will be volatile in comparison to KR and CH. Also, the numbers are rounded to the hundredth power up from an integer of 6 (so 1.566 is simplified to 1.57, but 1.565 is simplified to 1.56).

The terminology and statistics we looked for are as follows:

Pick Rate: The times Gnar was picked out of the total games played so far. This does not include ban rate.

Ban Rate: The times Gnar was banned out of the total games played so far.

Ignore Rate: The times Gnar was neither picked nor banned out of the total games played so far.

Win Rate: The times Gnar has secured a victory when he was picked out of the total games played so far.

We are able to extrapolate some insights into each regions Gnar play so far from the data. For starters, NA and EU have been letting the yordle go through bans and picked him in over half of their games. NA has been the least successful region in playing Gnar, but keep in mind that there is only a two win difference between NA and EU (see how much two wins means for him in NA and EU?).

Korea has seen more bans of Gnar than NA and EU, and for good reason: he has the highest win-rate there of all the regions. Still, some games Gnar is disregarded in some match-ups where the two teams playing do not run the champion well.

China is infatuated, if not even terrified, of Gnar—hosting the lowest ignore rate (two games), China has the highest ban rate of Gnar at 55%. However, when Gnar has been let through, he hosts an average win-rate.

The next set of statistics tracks weekly trends of Gnar in each region. For simplicity, we separated each week’s statistic with a hyphen, so NA and EU will have two hyphens while Korea gets 4 and China has 3. Bear that while NA, EU, and China have a consistent amount of games per week (10, 10, and 24 respectively) Korea’s games vary by the week due to the best of 3 format. For your knowledge, weeks 1-2 of LCK have 12 games played while weeks 3-4 have 11.

North America advocates for Yordle freedom, decreasing their ban rate and evenly growing their pick and ignore rate. However, with his increased picks, he also has lost more games, hinting at a lack of strong Gnar players in the region.

Europe, occasionally forgetting about Gnar in week one have embraced him completely for at least week 2, picking or banning him in every game. While his pick rate stayed the same, his win rate fell just a little bit.

Korea’s bans are interesting, as Gnar was banned in almost half of his games in week 1, but then dropped to below 30% in subsequent weeks. With his decrease in bans, he has grown in picks and skyrocketed in wins. His ignore rate has fluctuated some, which can be explained by accounting for the uneven rate teams play week to week in LCK.

China’s bans of Gnar in the first two weeks remained tight in the upper 50 percentile, with it dropping to below 50% in the third week, allowing his pick rate to grow to 50%. He is rarely ignored in the region, and seems to hover around a 50% win-rate when he is let through.

While we can create tables to compare the regions to simplify the conversation, the best way of comparing the regions Gnar players is to observe them in game. For this section, I must admit my own shortcomings in my, as I do not watch the EU LCS or the LPL due to time constraints and prioritization on the NA LCS and LCK.

In Na, Coast’s Cris and Gravity’s Quas have shown efficiency with Gnar, securing wins with the champion in there LCS game. Quas lost both of his games with Gnar in Week 2, but given Team Liquid’s shakiness with their ADC Piglet, we shouldn’t detract that entirely from Quas.

In EU, GoldPer10 content creators point at Fredy122 and Odoamne as stand-out Gnar-players so far, even though they have only played him once each. Vizicsacsi has also shown strong Gnar play in the preseason, earning multiple bans against him in the EU LCS. When he has been allowed to play it, his team has one with him being a contributing factor.

According to Karen Moser, Cola, Koro, and Flandre have performed well on Gnar in China.  Koro stomped on Gnar in EDG first game against Invictus Gaming Week 3 Day 1, and has also shown success playing from in Game two of EDG vs SHRC, Week 3 Day 3, affirming his power with the champion.

In Korea, the undisputed king of Gnar’s is GE Tiger’s Smeb. His rage control is unparalleled, his positioning and disruption a treat to see in every game. Duke and Trace sit at second and third best Gnar in Korea, with Trace’s passive style ensuring his Gnar is strong in teamfights as he peels for his team, while Duke is able to go in and make the aggressive plays. SKT T1’s Marin has seen some success, but his Gnar play simply does not compare to his own Rumble and Smeb’s Gnar.