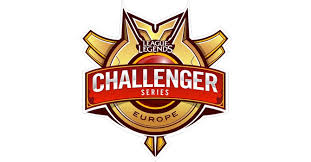 The Challenger Series in both North America and Europe is set to begin in the coming week. The talents in the challenger series are often very hit or miss, but some of them have shown glimpses of talent and could some day be stomping up and down the LCS. Here are my 5 players to watch in the 2015 Spring Challenger Series.

Note – for the sake of the article I will be omitting Origen. If they were included I could just post their entire lineup and be done with. Though I will say that Niels is still untested and will have to prove himself if he is to go down in history with the rest of the team. The other team not included is Cloud 9 G2A in North America, because it is still unclear as to whether or not they will play in the Challenger Series.

The first name on my list is one of 2 amateur European mid laner that I think could one day go on to terrorize the LCS. One being Perkz, and the other being this guy right here. The word potential is thrown around a lot in Esports, but this is one player who genuinely could be the real deal.

Sencux is a relatively unknown name even to European fans. The Danish mid laner has a little competitive experience, with a stint on the all-Danish lineup of ‘4EverZenzyG’ that managed to reach the semi-finals of the isle of Legends LAN and that lost to SK Prime in the 2014 Summer Challenger Series #2. Besides this, Sencux also spent time on Reason Gaming, the team challenged some of the more well known names of the Challenger Series such as NiP and Cloud 9 Eclipse but were never able to break through to the next level.

When Sencux is at his best, you’d think he was by far the best player on the map. Indeed when Sencux is playing at 100% I would say he’s one of the best players in the amateur scene, but like so many others it’s all about finding the consistency to keep putting in the performances. Sencux very much prefers to be given an assassin to play with, particularly partial to Ahri, Zed and Leblanc. Quite like a good player should, he still shows talent when playing mages and other champions his team needs him to. Expect Sencux to be a key factor in Dignitas EU’s success or failure this season.

Another AD Carry makes the list, another little known player that almost had a shot at the LCS. The circumstances surrounding Jebus have been interesting, and while it’s not a solid fact, many within the scene believe that this player was in fact the first choice for Gambit Gaming after Genja retired from the team. Unfortunately it’s rumoured that visa issues plagued the move and eventually Gambit went with P1noy, who did enough to convince them to keep him on.

Jebus hasn’t exactly had much competitive experience, though at the same time he has been a coveted talent for quite some time. A series of unfortunate events has meant that Jebus is yet to see the spotlight despite playing on many high level mix teams. The team Rank 1 Players participated at Dreamhack Summer under the Roughnex organization but failed to make it out of the group stages, while Jebus also featured on the team that Alex Ich tried to put together, which also failed in the end.

The key facts remain that Jebus is a mechanically solid player, with the raw talent that could make him a serious contender if he can work on his decision making in the game. Jebus is partnered with veteran challenger support player ‘Hiiva’ on Team nevo. A stable lineup and stable competition could be just what Jebus needs to finally break out.

CLG once again threw in with the Challenger scene for the first time since the CLG Black lineup that fared so well in season 2. A fairly mixed lineup includes the experience of Westrice, with the challenger experience of Thinkcard and Kenny. The final 2 members are mid laner ‘Easy’ and AD Carry Stixxay. Today I’ll be focusing on the latter.

Stixxay, like so many on this list, is a fairly unknown player. Formerly the AD Carry of Denial Esports, the player now finds himself representing CLG Black after a very short stint as the support player for Cloud 9 G2A. During his time on Denial it would be fair to say Stixxay was the most promising member of the lineup. Denial crashed out in the Challenger Series playoffs without making much of an impact.

CLG Black are considered by many to be one of the major threats in the North American scene this season, their lineup consists of players who’ve either been around for a while, or impressed in their relatively short time in the spotlight. Stixxay will be a key part of the team as he faces off against other renowned AD Carries such as Nientonsoh, Otter, and Veritas.

Team Fusion suffered a crippling reverse sweep in their attempt at promotion to the LCS during the expansion tournament. The lineup had been billed as one of the best amateurs in North America and included veterans Maknoon, Nien and NintendudeX. One of the players with slightly less of a name is mid laner HuHi.

Coming over from Korea alongside Maknoon, HuHi had some hype behind him. His team Bigfile Miracle (which included now Dignitas starter Core) managed to qualify for OGN but suffered 6 defeats, and while HuHi didn’t exactly perform well, it could be forgiven considering he was facing the likes of Samsung White, SKT S and CJ Frost.

The Korean player put in some admirable performances in the offline portion of the expansion tournament, often putting in MVP performances when his team won. It’s hard to pin the blame of their eventual demise onto HuHi, even when his team was disappointing the player continued to put out, at the very least, a decent performance. Team Fusion have had some time to think before the next stint of the challenger series, and after a few changes it looks like they might be able to hold down a stable roster (depending on NintendudeX and his health). This split is the time for HuHi to shine, because in most eyes, he is the best mid laner in the challenger series.

Here’s a name some of you might remember if you cast your minds back and think really hard. Nothing? Maybe it’ll help if I mention the team ‘Lemondogs’. Crazycaps’s moment in the spotlight came during Battle of the Atlantic, when the makeshift Lemondogs lineup took on Team Solomid and quite frankly, got destroyed.

Crazycaps, like the rest of the players on that lineup, shouldn’t be judged on that performance alone, and Crazycaps put in some stellar performances once upon a time. As a part of ‘The Fox Sound’, Crazycaps often found himself performing a key role for the team, and ensuring victory by being a tier above other challenger AD players. His performances on Vayne in particular often struck fear into the heart of his opponents.

After the eventual end of The Fox Sound and later on TNP Gaming, Crazycaps went on a League of Legends hiatus, and a great future talent was thought to have been lost. The man has returned and was very quickly snapped up by the reformed SK Gaming Prime lineup. Now the team has joined up with Dignitas, and Crazycaps is back to hopefully find the form he was in before he quietly left the scene.

Thanks to @Stilwell__ and @rapidcasting for the help on this article.