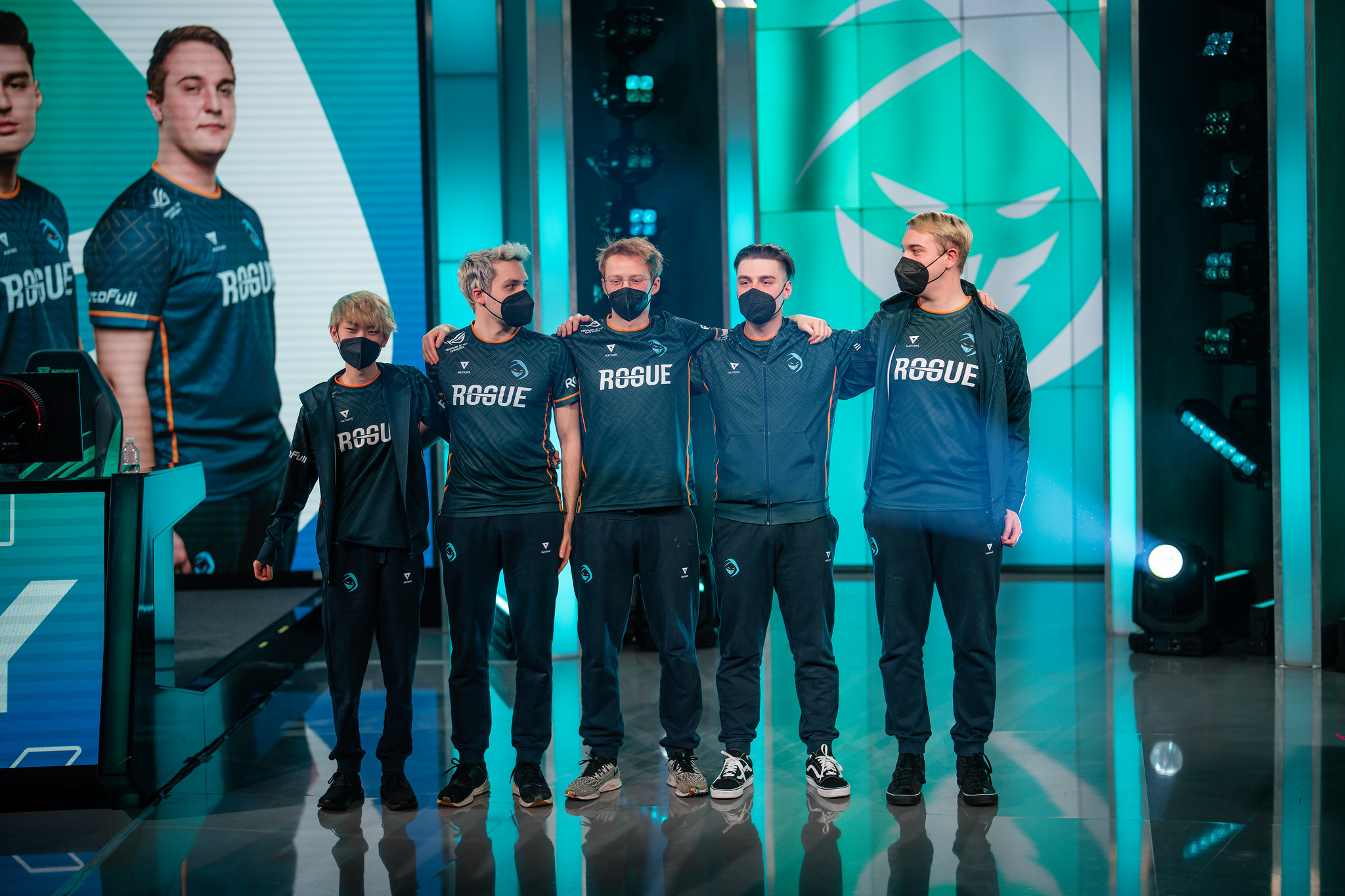 The regular season of the 2022 LEC Spring Split has officially concluded with Rogue holding strong throughout the eight weeks and maintaining their first-place spot. The end of the regular season set the next stop for the top six teams in the LEC: the Spring Playoffs, which will start on March 25 and last until early April. Riot Games gave fans a look at the upcoming matches today.

Following the last match of the regular season, the LEC officially revealed the bracket for the Spring Playoffs, where Rogue, Fnatic, G2 Esports, Misfits, Excel Esports, and Team Vitality will battle for the title of Spring champions. Like previous iterations of playoffs, teams are split into an upper and lower bracket, greatly rewarding the top four teams in the region.

The upper side of the playoffs bracket consists of Rogue against Misfits and Fnatic vs. G2. Each of these teams cemented themselves as fierce competitors in the region by securing the top four spots and spent the last eight weeks fighting one another to venture higher in the standings. Rogue and Misfits will kick off the Spring Playoffs, while Fnatic and G2’s matchup will take place on day two.

In the lower bracket are Excel and Vitality, two teams that worked hard to make their last weekend in the regular season count. Excel will make their debut in the first playoffs of the organization’s history on day three. Both teams will have to trudge through the lower bracket in their attempt to make it to the Spring Playoffs finals.

The 2022 LEC Spring Playoffs start on March 25 with three best-of-five matchups for round one, and the competition continues into the finals on April 10.