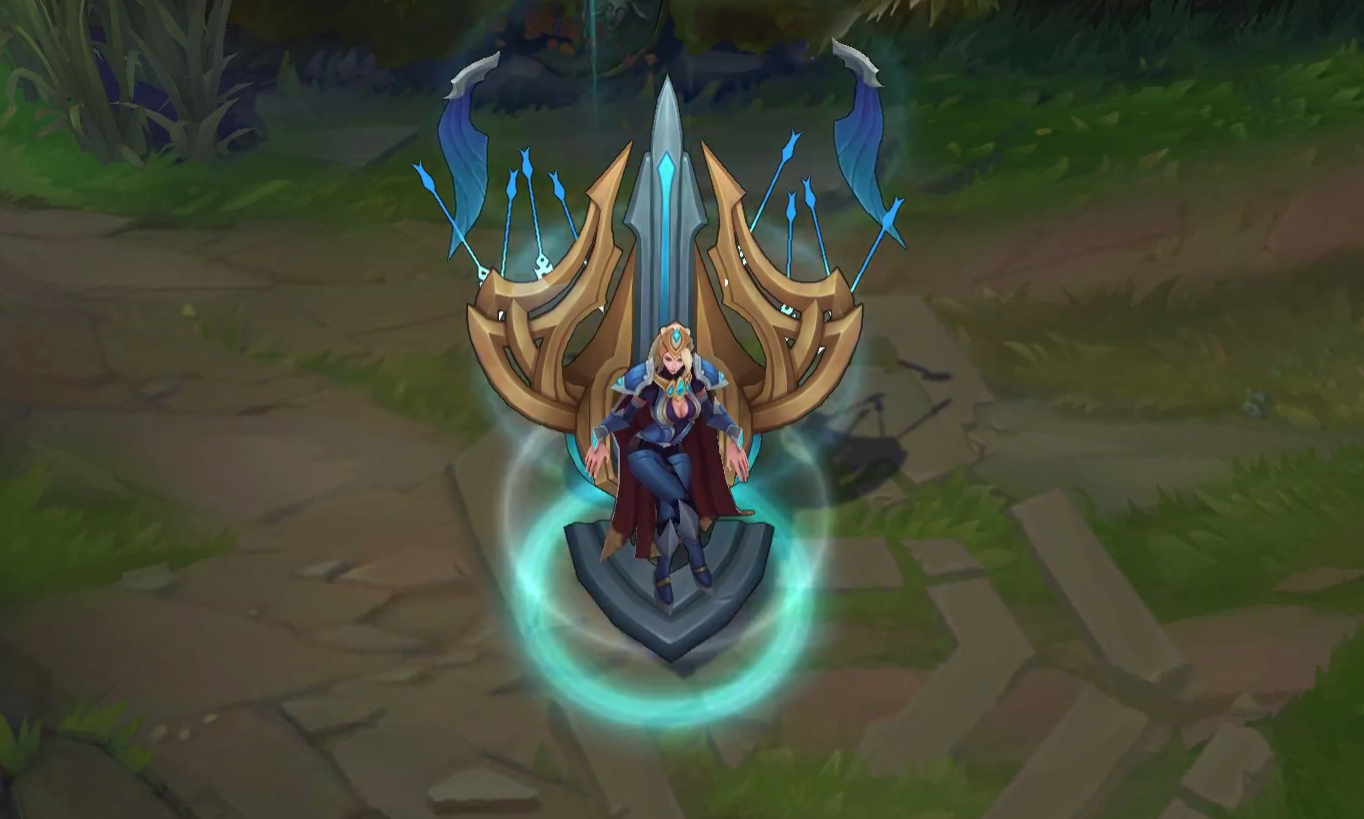 The 2017 Worlds skin will be Championship Ashe, and it definitely lives up to the high bar set by the long-standing line of skins.

She arrived on the PBE today, which makes sense, as Patch 7.18 will likely be the patch that Worlds is played on. That means she’ll be out just in time for the biggest international tournament of the League of Legends season. This patch cycle will be three weeks long, so we probably won’t see her live until at least three weeks have past—probably just before Worlds actually starts this fall.

The skin has custom animations for just about everything from abilities to the recall, and it comes with new sound effects and particles as well. The price has yet to be confirmed, but last year’s Zed skin was 975 RP, so it’s safe to assume this will be as well. You never know, though.

The only big skin reveal we’re all waiting for now is this year’s Victorious skin, and since Ashe was chosen for this, the Victorious skin probably won’t be an ADC. Likely candidates are champions that were super popular during the Spring Split, like Karma, Lulu, Rengar, or Kha’Zix.

Just like last year’s Championship Zed, Ashe’s new skin will most likely fund the prize pool for Worlds, which means purchasing it will directly support the winners and participants of the tournament. Yeah, that probably means you’ll be giving SK Telecom T1 more money, but hey, they earn it.