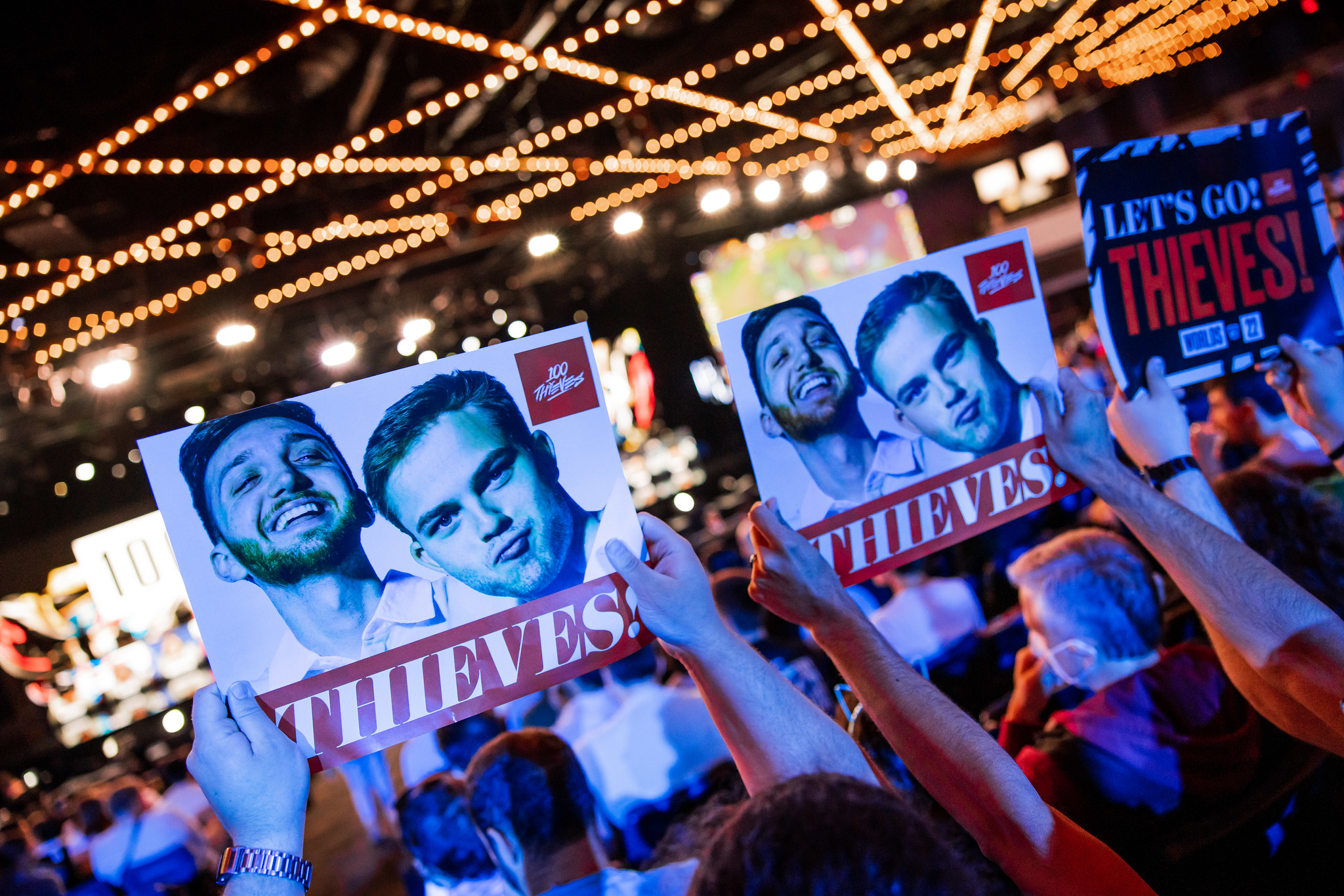 100 Thieves will be promoting its top League of Legends prospect, support player Busio, to a starting role in 2023, according to a report by Alejandro Gomis of Blix.gg.

Busio was one of the best-performing players in the North American Academy scene this season and his efforts in the Summer Split earned him the Academy league’s “Most Valuable Prospect” award. Busio is contracted to the organization through the end of the 2023 season, according to the League global contract database.

Busio has been in the 100 Thieves organization since 2020, initially competing with the franchise’s amateur-level team, 100 Next.

100 Thieves has competed with one of the longest-standing rosters in western League history the last two seasons, with the same five players competing in 126 consecutive games together dating back to the 2021 Summer Split. The entire roster is signed through the 2023 season, save for top laner Ssumday, whose contract expires later this month.

Following two straight appearances at the World Championship in which the 100 Thieves core failed to advance past the group stage, it’s possible that a shakeup in the heavily-tenured roster could be coming. Earlier this month, 100 Thieves’ mid-jungle pairing of Closer and Abbedagge were reportedly allowed to begin exploring their options for a potentially new team come 2023.

Also according to Gomis’ report from today, 100 Thieves would be bringing on MAD Lions assistant coach Christophe “Kaas” van Oudheusden in a head coaching role.

The 2022 League offseason will begin on Nov. 21, when many players’ contracts around the world officially expire.