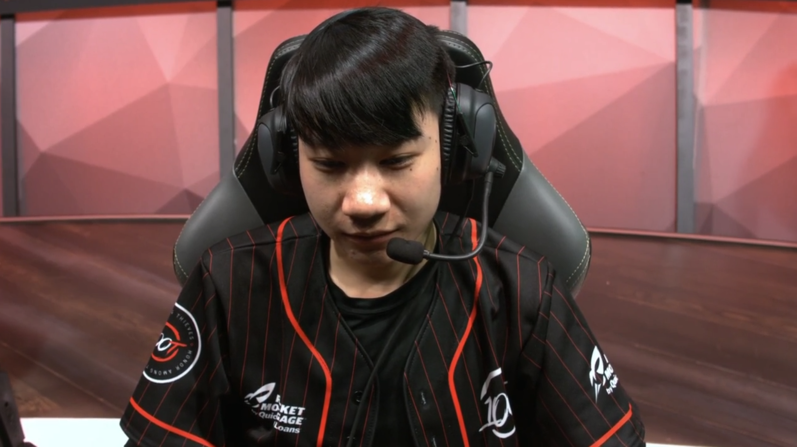 As any Call of Duty fan knows, there’s a ton of history between Matthew “Nadeshot” Haag and OpTic Gaming. But today was the beginning of a new chapter in their story, as 100 Thieves and OpTic Gaming both made their debuts in professional League of Legends.

Right from the start, fans could tell that both teams were playing not to lose, as the early game was extremely slow with a lot of farming and failed ganks. But 18 minutes in, 100 Thieves jungler William “Meteos” Hartman finally secured first blood in the bot lane.

Despite facing a deficit in the kill column, OpTic slowly built map control as they held a 5-3 turret advantage at the 20-minute mark. Then, 100 Thieves stunned everyone by quickly securing the first Baron just 21 minutes into the game.

The mid game started to stall out as both teams fought for map control—until about 35 minutes, when 100 Thieves ADC Cody Sun picked up his second kill. OpTic then flipped the script and translated this into a teamfight victory near the Baron pit.

As the match progressed, both teams continued to fight over objectives, although the first inhibitor didn’t fall until 56 minutes into the game. When the game clock struck one hour, however, OpTic lost all map control, which resulted in 100 Thieves securing an Elder Dragon and Baron.

Moments later, 100 Thieves finally cracked OpTic’s base and took down the Nexus to secure the organization’s first win in the NA LCS. Cody Sun’s Kog’Maw led the way for 100 Thieves, producing a 6/1/3 scoreline—and 100 percent kill participation. OpTic’s mid laner, Tristan “PowerOfEvil” Schrage, was on top of the scoreboard for the Green Wall at 4/0/2.

OpTic will look for their first win in the NA LCS tomorrow (Jan. 21) at 5pm ET against Team Liquid, while 100 Thieves will try to remain undefeated when they face off against CLG at 7pm ET.