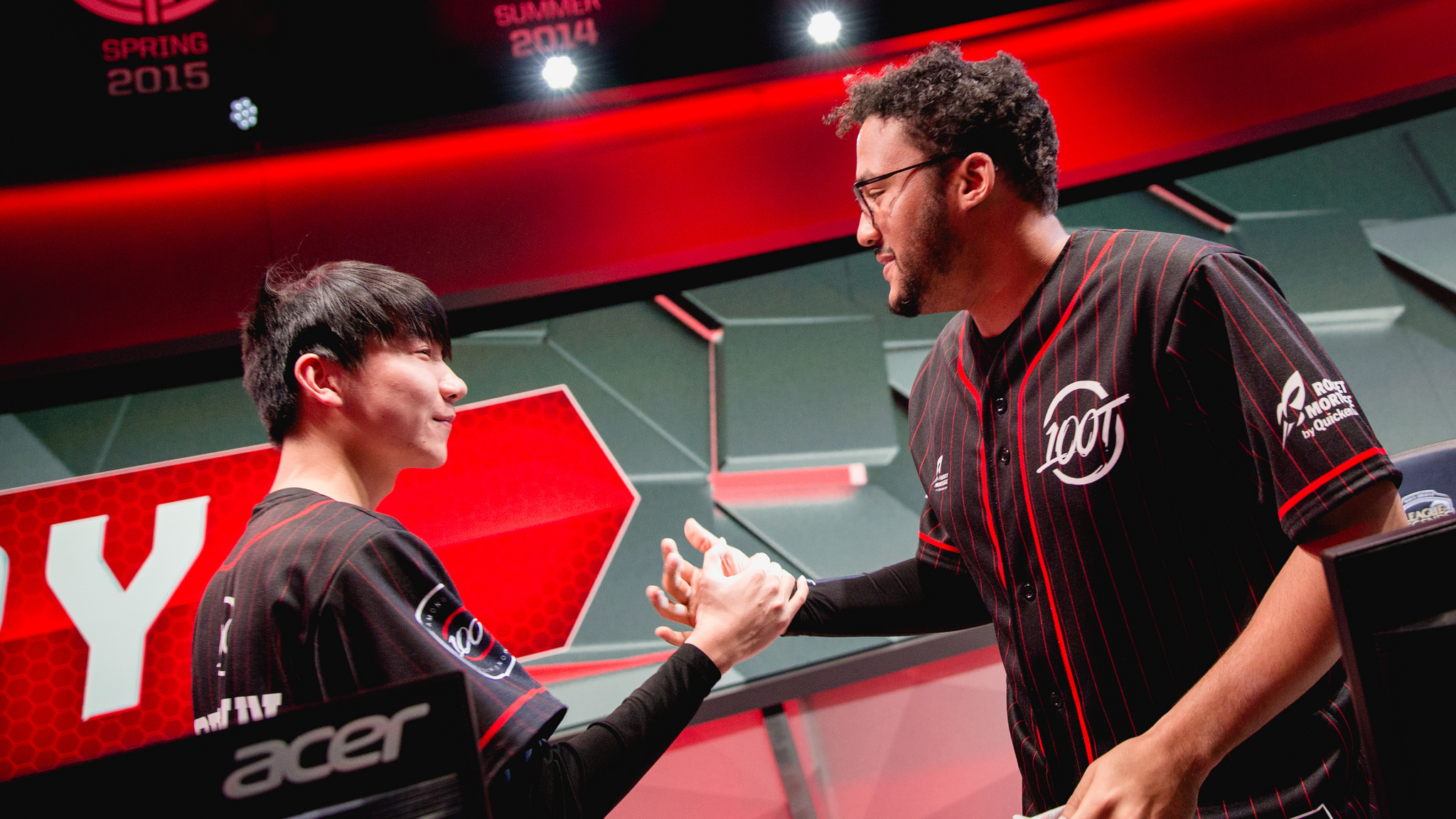 After some recent struggles over the past few weeks, it looks like 100 Thieves may have returned to their early season form—and Zaqueri “Aphromoo” Black was a big reason why 100 Thieves went 2-0 in week six of the North American League of Legends Championship Series.

Yesterday, 100 Thieves upset Cloud9 to secure a much-needed win. And 100 Thieves’ veteran support helped pave the path to victory with his excellent play on Thresh—Aphromoo went 1/1/15 with 100 percent kill participation.

After seeing how Aphromoo performed on The Chain Warden against C9, FlyQuest made sure to ban away the champion on Sunday. But Aphromoo simply picked another engage support: Blitzcrank.

Aphromoo’s Blitzcrank was a constant thorn in FlyQuest’s side right from the start of the match. In the first few minutes, Aphromoo landed a quick hook on FlyQuest’s support William “Stunt” Chen, which allowed 100 Thieves ADC Cody Sun to secure first blood.

As the game progressed, Aphromoo continued to land impressive hooks with Blitzcrank—mainly picking on FlyQuest ADC Jason “WildTurtle” Tran, who was consistently out of position.

FlyQuest’s squishy team composition made it extremely easy for 100 Thieves to secure kills after Aphromoo pulled in an opponent. And once they earned a man advantage because of these kills, 100 Thieves were free to rotate around the map and pick up major objectives.

Around the 36-minute mark, Aphromoo began the final teamfight by landing another hook on WildTurtle. After Cody Sun secured the kill, 100 Thieves were free to march down the mid lane and destroy FlyQuest’s Nexus.

Now at 7-5, 100 Thieves will look to carry this momentum into next week when they face off against Team Liquid at 5pm ET on March 3.