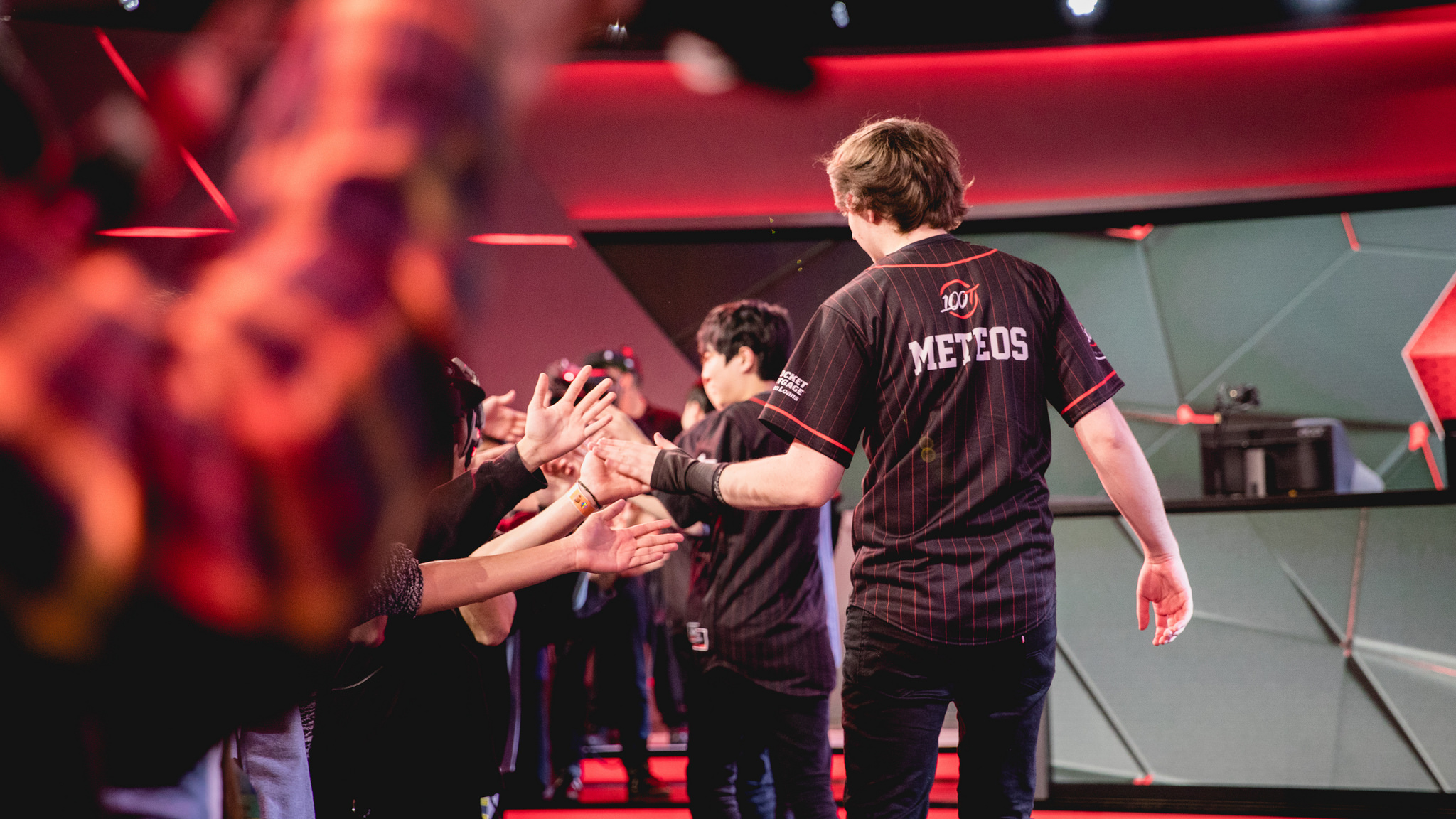 100 Thieves inched one step closer to the playoffs after a dominant win over Cloud9 to begin week six of the North American League of Legends Championship Series.

Today’s opening match featured a storied rivalry between 100 Thieves jungler William “Meteos” Hartman and Cloud9, his former team. Meteos is close friends with Cloud9 AD carry Zachary “Sneaky” Scuderi, which causes the two to be the players of focus whenever they meet on Summoner’s Rift.

With the spotlight focused on him, it was fitting that Meteos led 100 Thieves to victory over the second best team in the league.

A fight at the dragon pit gave 100 Thieves an early lead, both in objectives and gold. Meteos, on the jungle Skarner, snowballed 100 Thieves’ early lead out of control with multiple key picks onto Cloud9’s carries. Sneaky, on the other hand, couldn’t do anything in teamfights as Meteos would simply bring him into enemy lines with Skarner’s Impale ultimate.

This forced Sneaky to pause his build as Kalista to buy a Quicksilver Sash. But while Sneaky gained safety from his QSS, he lost out on important damage output necessary to fight against 100 Thieves, who constantly looked for engages.

100 Thieves, who quickly noticed the lack of damage on Cloud9, continued their aggression, while Meteos simply impaled someone else instead of Sneaky in teamfights. Cloud9 couldn’t defend against 100 Thieves’ repeated attacks and quickly lost their Nexus. 100 Thieves ADC Cody Sun also shined in this match, producing an 11/0/4 scoreline.

Now with a positive record of 6-5, 100 Thieves will prepare for their upcoming match against FlyQuest, set for Feb. 25.