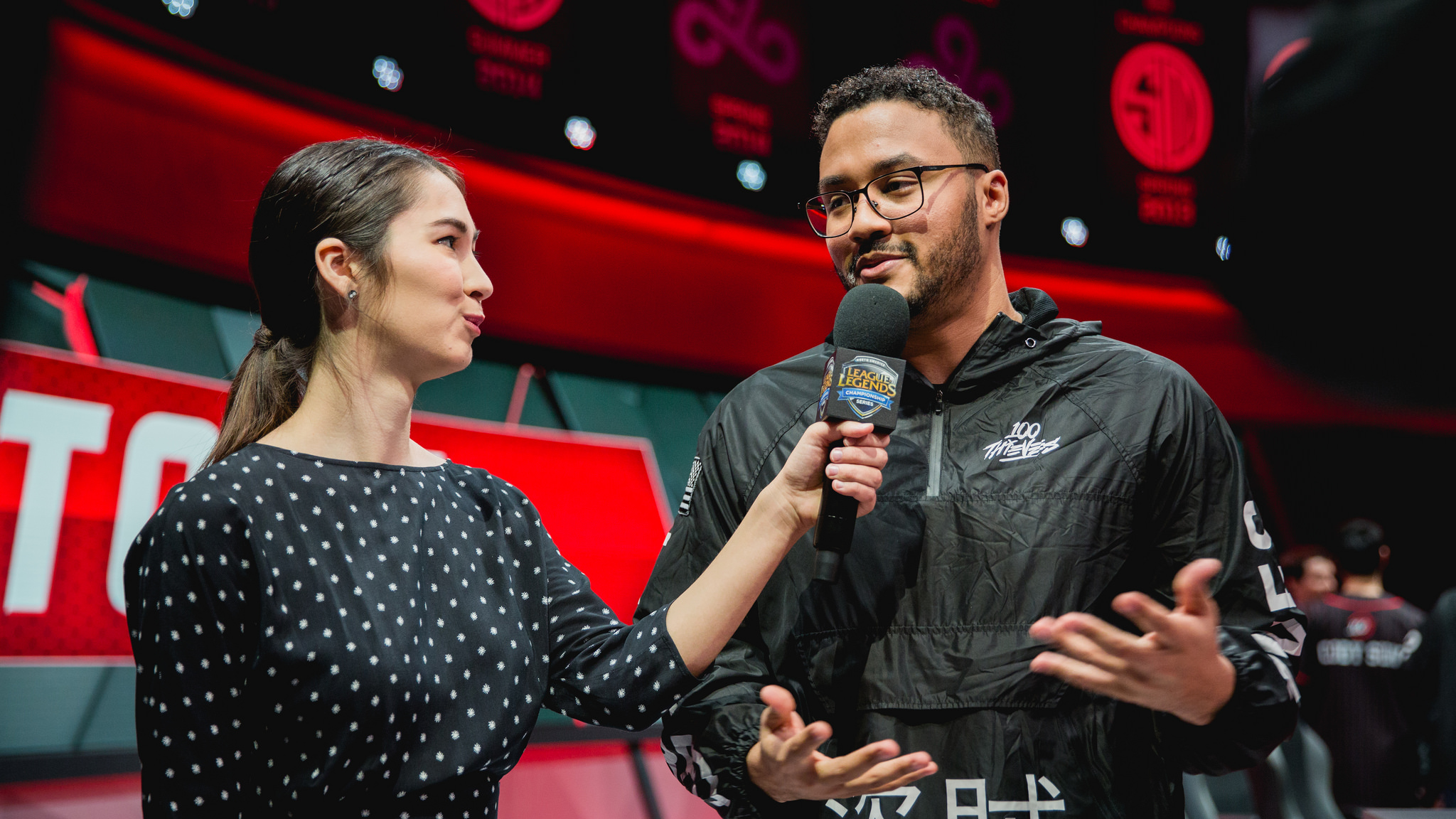 After a bloody 55-minute slugfest, 100 Thieves took down Echo Fox today to enter a tie for first place in the NA LCS. Echo Fox, coincidentally, are the team that 100T are tied with, so they’ll play again later today to decide the first and second seeds for the Spring Split playoffs.

This game was long and grueling, and although both teams still put their biggest flaws on display—like 100T’s inability to close a game out even with four Barons—there’s still a lot to celebrate for both teams.

Echo Fox, to start, played an incredible game, despite the loss. Why? Because they were down two starters, and they still played better than 60 percent of the region’s teams. In fact, substitute mid laner Tanner Damonte was Echo Fox’s primary damage, shredding through 100T’s frontline with Azir. John “Papa Chau” Le, the substitute support, played very well, too.

100T, however, weren’t one of those six teams that this sub squad could beat. In fact, 100T have improved in the last few weeks of the split, and they actually look like one of the best teams in the league.

Fortunately for 100T, William “Meteos” Hartman looked like one of the best junglers in the NA LCS, too. Considering he’s been the largest wildcard on the team this season, this improvement was needed, if only a little late. The rotations he made around the map and charging into fights, locking down the right targets almost every time, were essential to 100T’s win today.

Later today, 100T and Echo Fox will play again to determine the first-place seed—which isn’t a huge deal as they’ll both get byes for the first round of the playoffs.