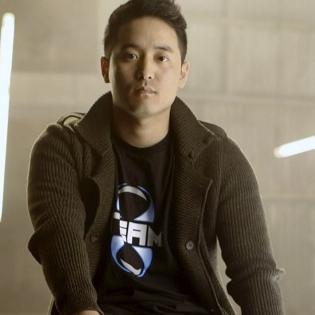 With the S5 NALCS Spring Split nearly over, I feel that it’s finally a good time to take a look at 10 players that I believe should be watched this season in the NA scene. This won’t be a list of statistics, a list of achievements but rather a list of players who I feel could bring the most interesting of storylines.

Now, let me emphasize that this list will have the flavor of a top 10 list but will not be one.

CaliTrlolz8 will probably not be the most game-breaking TopLaner we’ll see this season but his story is rather… beautiful. Chasing one’s dreams is something most of us aspire to but rarely really have the motivation to do. Putting off his education, gaining enough sympathy from the community and the university and giving his all for this one-in-a-lifetime opportunity, CaliTrlolz8 should at the very least be one of the most motivated players we’ve seen in the NA scene in quite a bit.

While the western Solo-Queue rankings hasn’t always translated to success on the professional scene, Korean Solo-Queue is a much different monster. Big names have come out of there and most of those have shook the world in ways we haven’t seen before. Rush is a Korean Solo-Queue god, as his profile points out, but the question still stands: Will Rush crumble like other supposed “prodigies” or will he stand head and shoulders above his competition here in NA.

Deemed by many to be a LCS worthy ADC but nothing more, Cop has shown himself to be among the most consistent players in the league. At the same time, his performance has always been consistently… okay. After being put onto the B-Team back in Curse, his return to the LCS with rising star BunnyFuFu will only be sweeter if he manages to outperform some of the bigger name ADCs that people hype up.

7. Can The Wine Get Any Finer With Age: Xpecial

Last season, Jatt made an interesting analogy, comparing Xpecial to a fine wine, pointing out that the two get better with time. With the average lifespan of a player being 2-3 years at most, Xpecial is certainly pushing it. With a world-class ADC in the form of Piglet at his side, people were expecting this bot lane to utterly wreck the NA scene, though no such thing has happened yet. Yet.

6. Once King of Top: Impact

While Impact was part of the team that stunned the world in Season 3, the days after his ascendance as one of League of Legend’s most prestigious players has not been kind. Trending in the same way that SKT T1 did, Impact fell to his rock-bottom. Now finding a new place in TiP, one of the most interesting NA teams, Impact might shine once more, bringing new life to the Top Lane.

5. And You Thought You Were Getting Old: Saintvicious

Falling into a similar category albeit with a much lower pedigree as Impact is NA’s once All-Star Jungler Saintvicious. After his work back in Season 2, old man Saint has been floating around the challenger scene, always almost making it back into LCS but always missing it by just a bit. While his plays so far in Season 5 have been in some highlight reels every here and there, most of those reels were of the NSGBF kind (Not-So-Good-But-Funny). Though I don’t see Gravity as a team reigning over NA just yet, I would be more than satisfied to see Saintvicious show those young whipper-snappers a thing or two.

4. The World According to Piglet: Piglet

Much like ex-teammate Impact, Piglet’s days were not pretty after the Season 3 World Championships. Though they did win the following Champions, spectators all around saw Piglet crumble… slowly. With the leave of absence from Poohmandu, Piglet found himself struggling and eventually found his way to America. Now with the most respected NA support by his side, people expect to see results. Though the Keith/Piglet situation is one of the more intriguing aspects of Team Liquid, no one can deny the “potential” that this bot lane has.

Whether you like him or not, Doublelift has quite an impressive track record. Even today, he serves as a benchline for many to what can be considered a good ADC. With that said, his résumé is flawed, having never once won a LAN event. For all his trashtalk, even he can’t help but admit of his Achilles heel. While his reasonable chance at the recent finals of IEM against Gambit has now come and gone, this year still has quite a few more events left and maybe, just maybe, Doublelift can finally put a trophy in his dusty trophy case.

Hai is a player that brings two extremes to the table. No one can deny his world-class shotcalling abilities, but over the years has shown himself to be one of the more mechanically weak players. In game 2 of the Bo5 series against Samsung Blue, Hai died as many times as he has fingers… on his best champion. While that could have possibly been an off-game, Hai has been seen struggling to put in big numbers to compliment his team’s excellent map movements in places… other than deaths. While NA doesn’t quite have the most powerful MidLaners, Hai’s struggles will only become more apparent the closer we get to the international events.

Dyrus is one of the oldest players of League of Legends that are still active. While being one of the only 2 players to have gone to every World Championship is not a prestigious title in and of itself, it does somewhat emphasize this man’s consistently good… consistency. Long considered the rock of TopLane, Dyrus is also the oldest player in TSM. Reginald has made it clear that no player is invulnerable in the historical team if the results don’t match up and while Dyrus has shown himself capable of grabbing games and pulling them to his favor alone here and there, we might need to see just a little more of that Dyrus.

Well, there’s my list. Ten players that are not bound to each other in really anyway but by their geographical location. Ten storylines that I want to see unfold, in whatever way it may be. It’ll be really interesting to see how 2015 and more importantly Season 5 will work out. This is the first of the 5-part series, expect more from me soon!