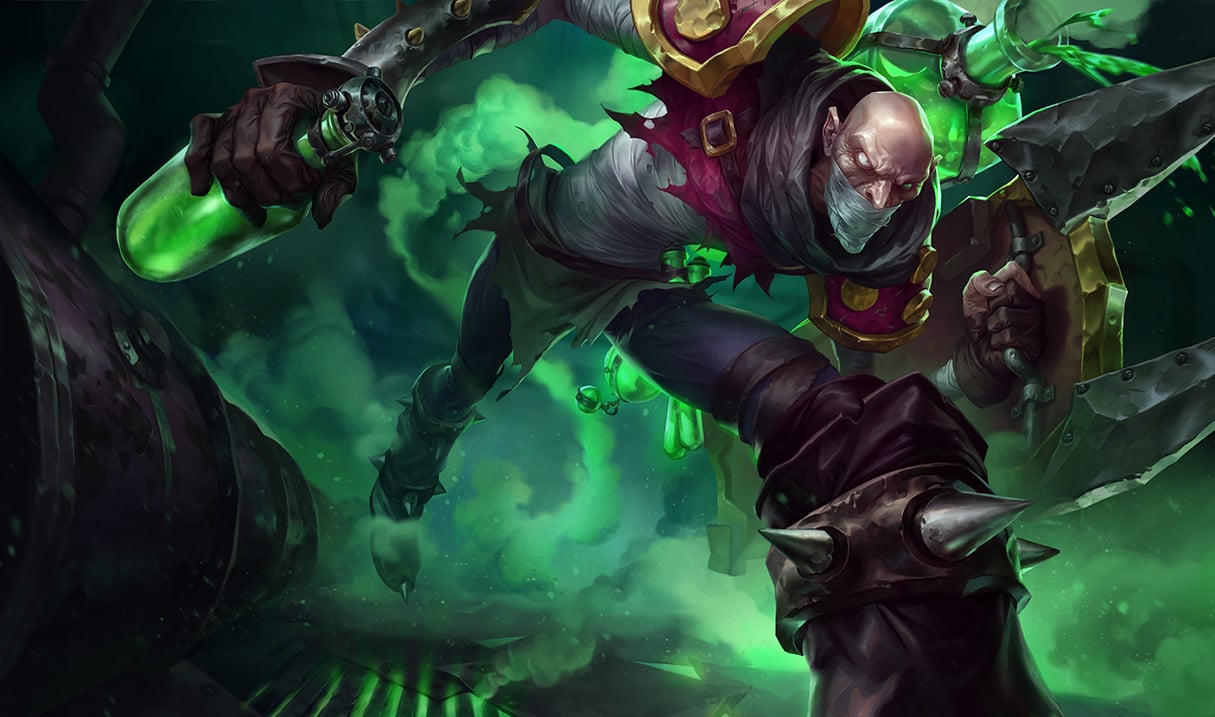 Competitive League is back. Most professional leagues kick off the Spring Split later this week, with League of Legends Champions Korea getting the ball rolling last night. After a crazy offseason, we finally get to see what the pros make of the meta, how they’ll play around overpowered tanks, and what they’ll do with jungle plants.

One of the key questions going into this season was what the new draft phase would look like with the implementation of 10 bans (5 per team). We saw some of the effects of that last night. The first match involved a fascinating storyline with the ROX Tigers facing former top laner Song “Smeb” Kyung-ho for the first time.

But from a meta perspective, the more interesting match started after Smeb and KT walked off with a win. That’s when Longzhu Gaming and Samsung Galaxy both busted out pocket picks.

The craziness started in game one, when Samsung, playing on the red side (and picking second), inexplicably left Rengar available. That allowed Longzhu to first-pick the terrifying jungle assassin. In return though, they got Ezreal, Poppy, Zyra, and Viktor, strong picks themselves and ones that Samsung is familiar with.

Then with the last pick, top laner Gu “Expession” Bon-taek went with Singed.

Singed is fun and unique champion who can push minion waves in a way few champions can match. His mechanics have led to some pretty ridiculous strategies. But he’s not known in professional play because of his low overall damage and uselessness in team fights. Singed players typically play with a one-versus-five mentality, something that usually doesn’t agree with the typical Korean focus on team cohesion.

For Longzhu, Singed was honestly an afterthought for most of the game. That’s because Rengar took over. Lee “Crash” Dong-woo was all over Kang “Ambition” Chan-yong’s Lee Sin from the start, taking over the blue side jungle and enabling his bot lane to push with impunity.

That can be risky against Samsung’s strong solo laners, but it paid off as the Longzhu duo roamed around for turret after turret. Kim “PraY” Jong-in’s Jhin was absolutely incredible, pushing people off turrets and sniping them from range.

Samsung tried to turtle and defend, but that’s where Singed came in. Having built Zz’rot portal, he made life hell for Lee “CuVee” Seong-jin’s Poppy. Poppy wants to teamfight, but with Singed constantly pushing, CuVee had no priority and Longzhu romped.

We are not sure that Singed will continue to be a popular pick; he’s too easy to camp if there isn’t pressure elsewhere. But we’re also excited to see more team strategies being built around previously off-meta champions.

Samsung responded in game two with a new champion: Camille somehow made it through the first ban phase. But then Longzhu came back with a counter pick of their own: Jax.

This game was what 10 bans was all about. It was incredibly fun watching these two top laners duel. At first, Camille had the upper hand, taking on Jax and then Song “Fly” Young-jun’s Ekko, beating both. But after Jax got a couple items, he became the stronger bruiser, getting a solo kill back. Stuns, dashes, and ults combined in a terrific dance. It was an incredible display of skill from two players and everything we hoped 10 bans could be.

Game 3 was a more straightforward Samsung win, but we got even more champions. New jungler Kang “Haru” Min-seung picked Kha’zix, and a level one invade got him first blood. In the mid lane, Lee “Crown” Min-ho picked Corki, someone we hadn’t seen in a some time. His range advantage kept Fly pushed in and Samsung played a steady game to win.

Three games, full of creative strategies and pocket picks. This is likely what Riot envisioned when they moved to the 10 ban system. But of course, these are the highest skilled players in the world—can players in Europe and North America, perhaps with smaller champion pools, recreate the success we saw last night?

In just a few days, we’ll find out.