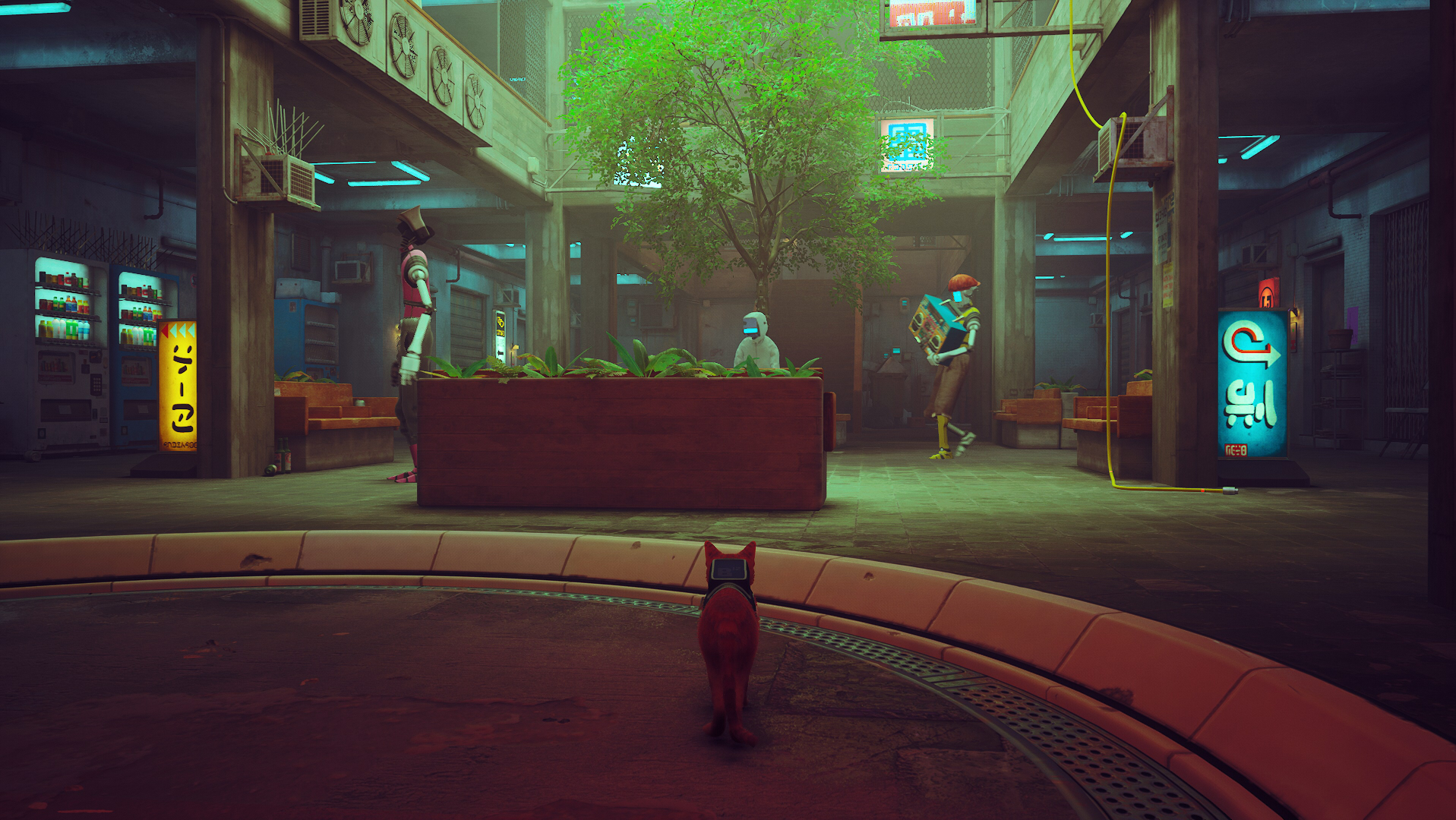 One of the cat exploration game Stray‘s major mechanics is finding items for use in puzzles. If you want to experience all that the game’s story has to offer, you’ll have to use a variety of items in different orders and locations to clear a path forward. This element is part of what makes the game so thought-provoking and enchanting.

One such item is the cassette tape, which is found in the hub world of Midtown. You’ll need it to successfully steal the worker’s vest from the clothing shop, which in turn will allow Clementine’s contact to sneak you into the NECO work zone. While the entire quest takes some time to do, nabbing the cassette tape is thankfully fairly easy.

Here’s where to find the cassette tape in Stray.

Where to find the cassette tape in Stray

From the entrance to Midtown, head straight back down the main drag until you reach the large holographic display at the center of town. From there, turn right and follow the street into the lobby of an apartment complex. There’s a small tree growing in the lobby, and three robots are congregated around it.

After you find the robots, talk to the one sitting in front of the tree with the white hoodie. Walking up to him will prompt an interaction labeled “Grab cassette tape,” but before you can do so, the robot will stop you. His name is Simon, and he says that he’ll give you the tape if you do something for him and his friends first. They haven’t been able to enjoy their music because of the security cameras that were installed in the building, and they want you to destroy them.

There are three cameras in the building. The first two are easy to find, while the third is a little more hidden. To find the first camera, run up the stairs behind the sitting robot and turn left. Run down the hallway until you reach the area that overlooks the lobby. Jump onto the railing to your left and you’ll see one of the robots waving at a security camera. Jump down onto the fans and walk straight across to the camera. Jump onto it, then jump back onto the fans. The camera will break as you leap off of it.

The second camera is right across from the first one. Retrace your steps until you land in the hallway, then make a left. Go around to the opposing side of the balcony until you see a yellow cord hanging down from the ceiling. Jump up onto the railing and walk out onto the sign. From there, jump onto the camera and jump back. This will destroy the second camera.

The third camera is a little harder to find. Jump back into the hallway and head back the way you came. Pass the stairs on the left and make a right. You’ll see a gray rectangular box of packaging at the end of the hall. Jump on top of that, then face the stairs you just passed. Jump up onto the wooden shelf below the plant pots and you’ll see the final camera. Like the previous two, jump onto it before jumping back onto the shelf.

After doing so, run back down to the lobby. The robots should now be playing music through their boombox. Speak to Simon again, who will thank you and give you the cassette tape. You can now take the tape to the clothing shop and place it in the cassette player, which will play earsplittingly loud music and distract the shop owner. While he’s distracted, you can steal the worker’s vest from the front window.