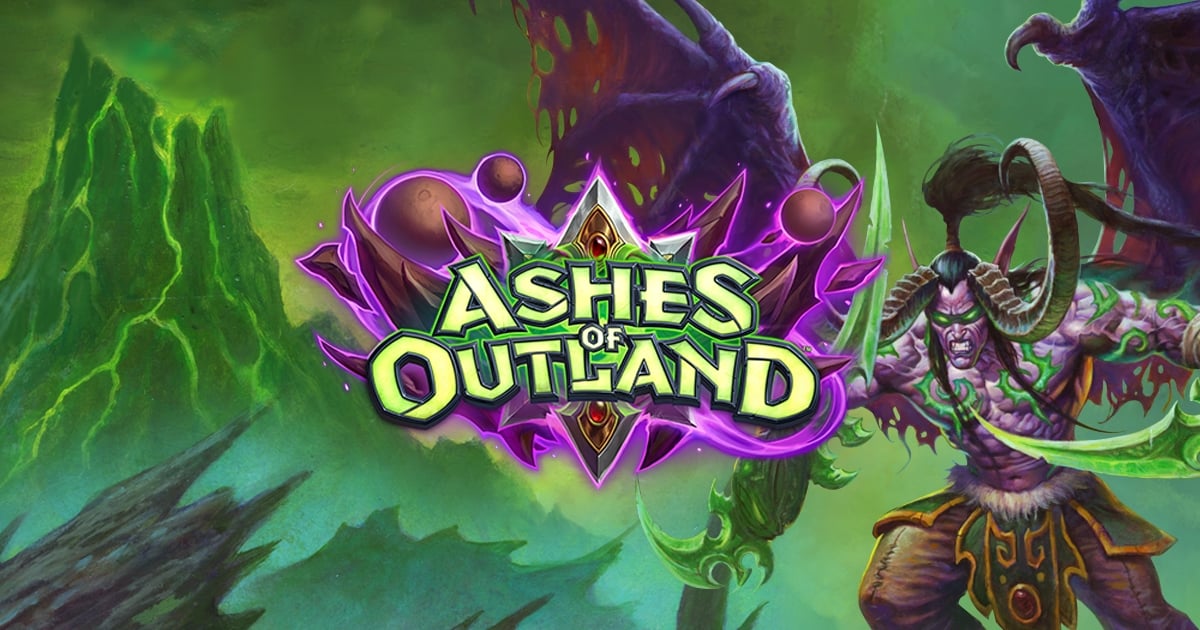 The format for this event was unique and more casual this time around with each player representing a singular class. But in rounds two and four, the entire roster of each team played the newest class, Demon Hunter—Salty Satyrs used them in round two while Feisty Fiends piloted Demon Hunters in round four.

Here were the rosters of each team, and the classes that each player represented:

While showcase tournaments will have slight differences from the ladder meta that most players experience, this invitational proved that each class has some powerful tools that allow them to be viable in competitive play. Here are some key takeaways that we learned about from watching the Outland Inn-vitational.

Hearthstone’s tournament and ladder meta are bound to be different, especially with high-caliber players, who have better deck-piloting skills than most players on the ladder. Players that specialize in a class can find success if they commit to their decks and adapt to better fight against popular lists in the format at the moment.

The second wave of nerfs to Demon Hunter also made their aggression less effective and durable. Demon Hunter was still able to boast a respectable record despite the constant nerfs, especially since it was the class that was forced to be played the most in rounds two and four. It still goes to show, though, that Demon Hunter enthusiasts can still muster successful aggressive strategies.

The two best performers at this event were Purple and Thijs. They boasted perfect match scores, only dropping one and two games within those matches, respectively.

Slyssa and Masaru were also vital players to the Feisty Fiends, boasting 3-1 match records each. But the main highlight for both of them was that they performed on Paladin and Shaman, two classes that were presumed to be some of the weakest at this current state in the Ashes of Outland meta.

This match was special because it was between two former world champions. Despite their ultimate successes being in past years, it’s always exciting to watch two top-tier players in the newest meta playing some powerful and slow decks.

The main appeal of this game was its duration. This match held up round three’s conclusion. While this timestamp only starts game two, the entire match had some weird highlights, like Zephrys missing a lethal play because it couldn’t find Windspeaker for an Evasive Drakonid or explosive discovers like Deathwing swinging the match.

Round four – Masaru vs. Brian Kibler

While Masaru was 2-1 on Shaman in the first three rounds, this final match showcased her effective Demon Hunter piloting against Kibler. Demon Hunter’s most recent nerfs reduced the percentage of times the class can pop off and explode with swing turns. But the explosive potential is still there, especially when you give Demon Hunter the chance to set up with a Skull of Gul’dan in the previous turn.

This chill invitational was exciting due to the popular and potent players appearing from each of the three Hearthstone regions. If you want to see some good gameplay for any of the 10 classes, you can look up any of the players and see the VODs of their matches on their own streams. This is also advised since the official PlayHearthstone Twitch channel didn’t feature every player.

One last takeaway is that while this meta may look different from ladder due to the difference in formats, it will also look different from the Grandmasters and Tournament meta too since players could know what classes they were fighting ahead of time. This allows them to change their lists to better fight against a class, like more anti-aggressive tools versus Demon Hunters, Acidic Swamp Oozes versus Weapon classes or even Hungry Crabs against lists that could run Murlocs.

This means that if you consider netdecking any lists in this tournament, that you should remember the exact context that they were built for.

The final stats for each team and player are as follows:

Those seeking to watch the overall stream can reach the official Twitch of PlayHearthstone here.