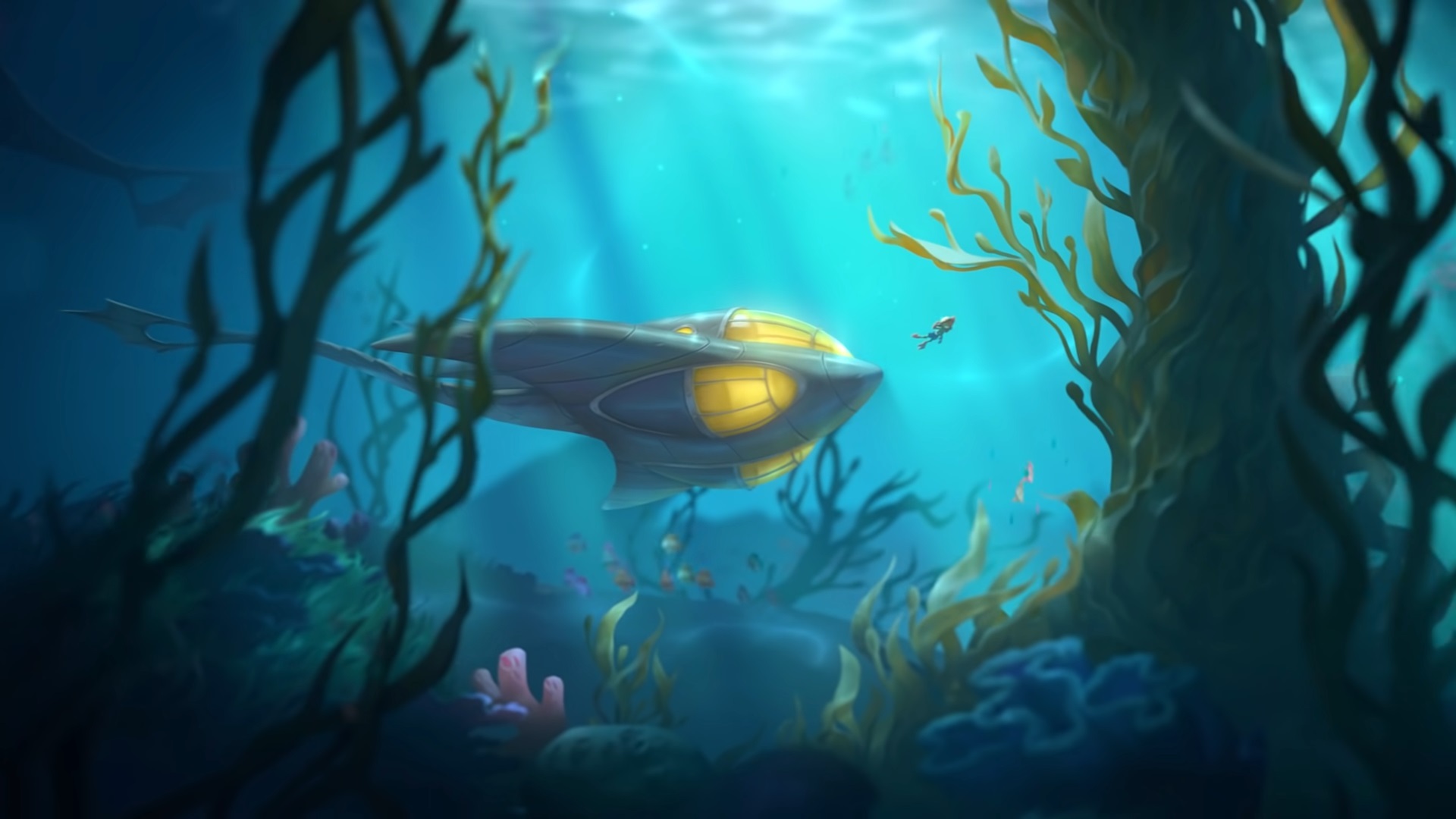 Hearthstone‘s Throne of the Tides mini-set explores the deepest and darkest depths of the tumultuous tides, bringing fans 35 new cards when it launches on June 1. Here are all the cards that have been revealed so far.

The biggest news from the initial set of releases was the addition of neutral Colossal minions in the form of Neptulon the Tidehunter and Ozumat, both powerful removal tools for slower decks. (Neptulon’s Hands are two 4 mana 4/2 Elementals that read “Immune while attacking,” while Ozumat’s Tentacles are 1/3 Beasts.)

With two cards to gain Armor in a pinch and an exciting spell to generate an extra Colossal minion (albeit at the non-insignificant cost of also giving one to your opponent), Warrior players can further bolster their Control archetype once the mini-set goes live.

It seems pretty likely that cheating four mana on a single three-mana minion (with additional tribal synergies) will be very powerful. Fans of the original Faceless Corruptor will also find a lot to love in Command of Neptulon.

Druids get a mixed bag of cards

Druid’s new tools might be overshadowed by Wildheart Guff, but they still have potential: Moonbeam seems like a re-imagined Moonfire, and Herald of Nature has shades of Arbor Up. Spirit of the Tides looks like the outlier in terms of power level, seeming significantly weaker than most other cards from the mini-set.

Thief Rogue and Aggro Rogue both get useful support

All three new Rogue cards from Throne of the Tides seem viable in the right archetype: try Inkveil Ambusher for super-aggressive strategies, Jackpot! for thievery, and the awesomely-named Shattershambler to trigger Naval Mine-related OTKs.

Funky Paladin cards are coming up in the mini-set

Paladin players can look forward to another mana cheat tool in the form of Lightray (that will no doubt synergize well with The Garden’s Grace), a useful curve card for buff decks with Myrmidon and, well, whatever Front Lines can bring.

Priests will have even more control cards in their arsenal

A better Entomb, a light disruption effect, and a powerful healing-on-a-stick minion will serve as Priest’s new cards in the mini-set. It’s tough to see them form the basis of a new archetype, but they could quite possibly make Boar Priest just a little stronger.

Five damage seems to be the name of the game here, either in the form of a spell-like Shellshot or a minion like Ancient Krakenbane. Team five also didn’t forget about minion-based archetypes with the promising-looking (and really rather cute) K-9otron.

With the class’ dominant aggro archetype nerfed to the ground, the new cards are coming just in time to potentially revitalize Demon Hunter. Though Fossil Fanatic also seems quite good, Topple the Idol looks like the star of the show.

Many different shenanigans are possible with these new Mage cards, but perhaps the most notable combo element is Lady Naz’jar’s ability to reduce the cost of your spells in your hand by one should you play an Arcane spell to trigger the appropriate Battlecry effect. You can check out her other transformations here.

All these cards (35 in total) will become available in Hearthstone once the Throne of the Tides mini-set launches on June 1.