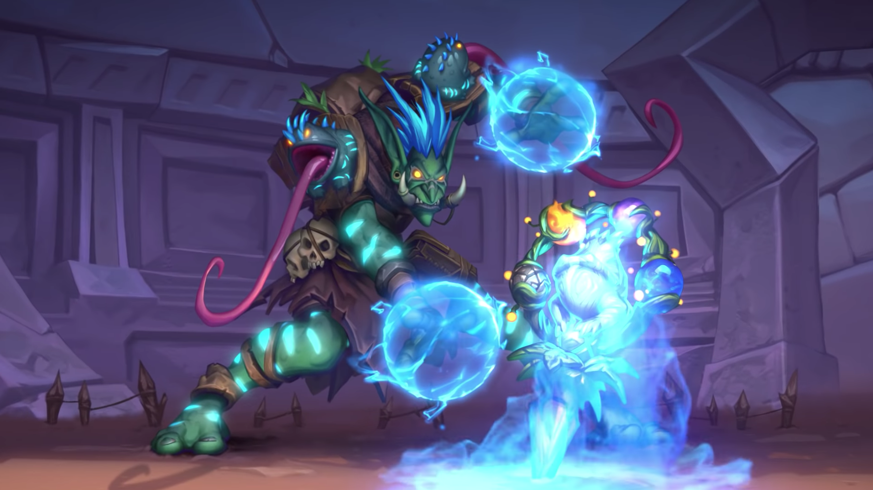 Another brand-new spell has been unveiled from Hearthstone’s upcoming expansion, Rastakhan’s Rumble.

Totemic Smash is a one-mana Shaman spell that allows you to deal two damage. But is also features the new keyword Overkill, which will let you summon a basic Totem.

Overkill is a new mechanic that will be added to Hearthstone in this expansion. When a card deals excess lethal damage to an opponent’s card, Overkill will activate. So, if Totemic Smash destroys a minion with one or less health, this spell’s Overkill ability will summon a basic Totem.

It might be difficult to pull off this Overkill effect, unless you combo Totemic Smash with another spell or ability that lowers the health of an opponent’s minion to one. And since Totemic Smash only costs one mana, it shouldn’t be too difficult to combo it with other cards.