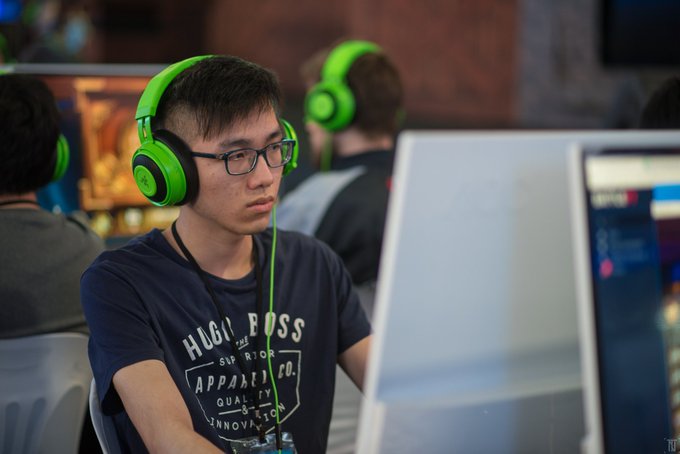 Tempo storm has signed Hearthstone player Wai Chung “blitzchung” Ng, who was suspended from competing after he voiced his support for the Hong Kong protests in a post-match interview at the Hearthstone Grandmasters earlier in the month.

“We believe first and foremost in supporting players and encouraging them to engage and to speak out on the things about which they are most passionate,” former Hearthstone pro and Tempo Storm’s CEO Andrey Yanyuk wrote. “In many ways, we value the character and integrity of our players as much as, if not more than, their tournament placings. blitzchung brings incredible talent, an infectious personality, and a great deal of enthusiasm, for Hearthstone as well as his community and others around him. He exemplifies what Tempo believes in, and we welcome him as an ambassador for our brand.”

During the interview earlier this month, blitzchung wore a gas mask and repeated the slogan of the free-Hong Kong movement: “Liberate Hong Kong, the revolution of our times.”

In response, Blizzard initially stripped the player of his tournament earnings and suspended him from competing for a year, citing a tournament rule that requires players to stick to broadcast-related conversation in interviews. But the Hearthstone developer later walked back on its ruling, reducing the player’s suspension from one year to six months and returning his prize earnings.

With BlizzCon 2019 kicking off tomorrow, Blizzard may face further protests. Since blitzchung’s initial suspension, fans have organized online movements, like the ProtestBlizzCon Reddit, to rally protesters in Anaheim, California when the convention begins.