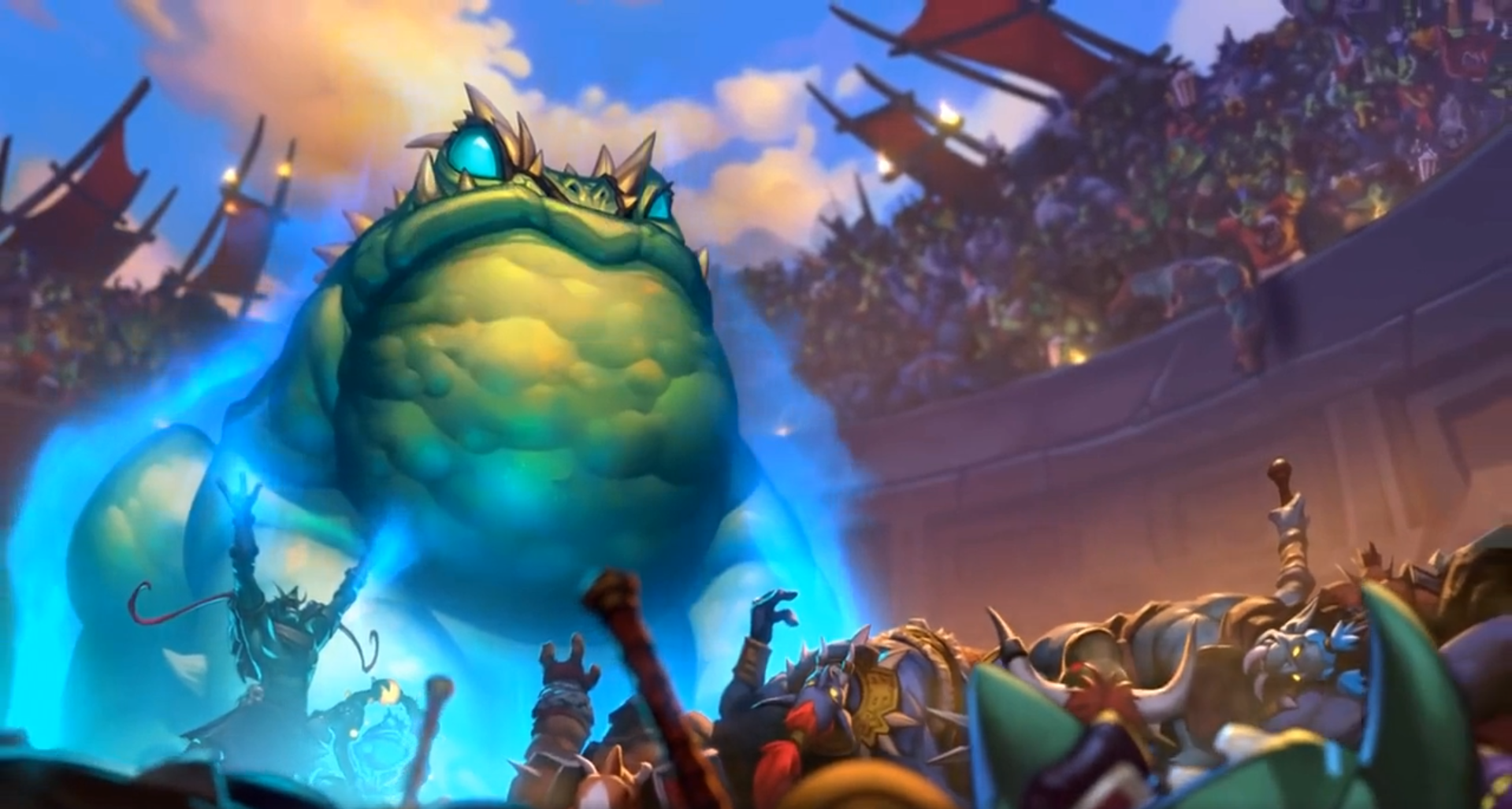 The latest card to be revealed from Hearthstone’s next expansion, Rastakhan’s Rumble, is a Shaman card called Spirit of the Frog. It was announced today by TrumpSC on his YouTube channel.

Spirit of the Frog is a zero attack, three health draw spell that costs three mana and will give you Stealth for one turn. “Whenever you cast a spell, draw a spell from your deck that costs (1) more,” the card also reads. Paired with cards such as Volcano and Electra in the Eureka Shaman deck, for example, the potential of this new card is undeniable. Time will tell what other combos this card can conjure up.

Pre-purchase Hearthstone’s Rastakhan’s Rumble before the expansion officially comes out. Two different bundles are available: One for $20 and another for $50, and they will be available until Dec. 4!