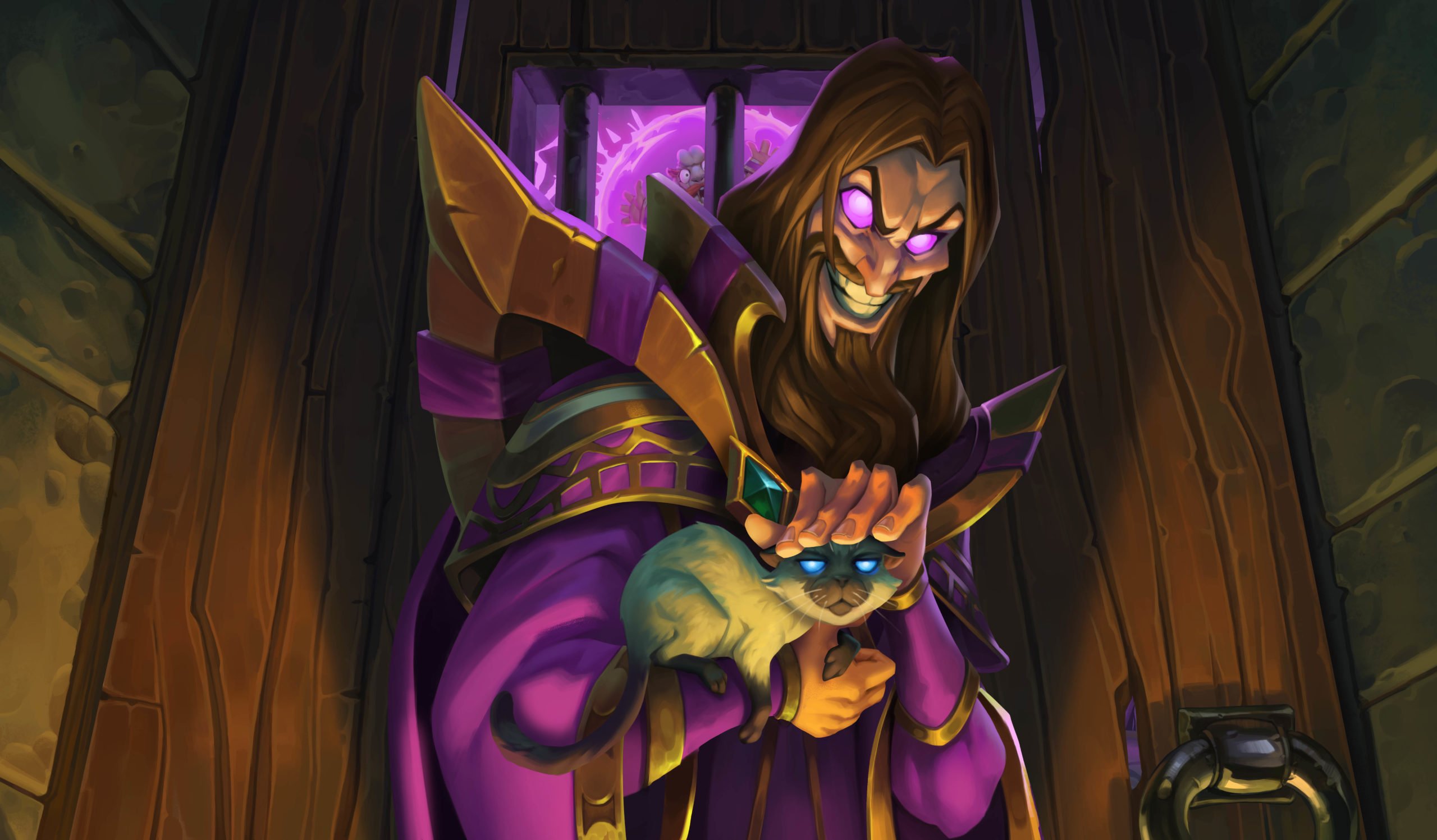 The card reveal season for Hearthstone’s Scholomance Academy expansion ended today with all of the remaining cards being shown off.

In a few of its final reveals, Blizzard introduced fans to some hilarious alliterative cards that fit the different grade theme: Shifty Sophomore and Smug Senior. These two cards are joined together in theme with the Frazzled Freshman and the recently-revealed Judicious Junior.

Shifty Sophomore is a rare Rogue minion that costs four mana, has 4/4 in stats, and a Spellburst effect that adds a random Combo card to your hand. Smug Senior is a common neutral minion that costs six mana, has 5/7 in stats, Taunt, and a Deathrattle that gives you a Ghost with the same amount of stats, cost, and Taunt. 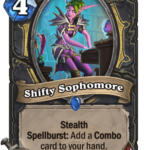 Shifty Sophomore is a potent card for Rogue. She helps the Stealth archetype and provides a fair amount of value by being able to replace herself after casting a spell, alongside having solid stats. Most Spellburst minions are susceptible if you try to play them a turn earlier before you play a spell on a future turn. Shifty Sophomore negates this weakness, however, due to her Stealth, making her nearly impossible to remove if you just play her on turn four.

Smug Senior is a part of a neutral cycle of cards that’s shared with Fishy Flyer and Sneaky Delinquent. All of these cards are minions with one keyword, slightly below average stats for their cost, and a Deathrattle that adds a Ghost to your hand that shares the same exact cost, stats, and keyword. Out of all of these, Sneaky Delinquent is the one that has the highest chance of seeing play because it can be an aggressive card that’s hard to remove and replaces itself with an equally fast card that’s annoying to get rid of due to its Stealth. Sneaky Delinquent also has the benefit of potentially synergizing with the popular Rogue archetype Stealth Rogue. It’s a turn two Stealth play that can combo together with Greyheart Sage the following turn to draw two cards. 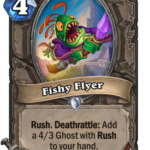 Hearthstone’s Scholomance Academy will be released on Aug. 6. Players can pre-purchase the expansion in one of two different bundles from Blizzard’s online store or in the Hearthstone client.